LeoVegas has been fined £600,000 by the Gambling Commission over misleading advertising and "failings" in its handling of customers 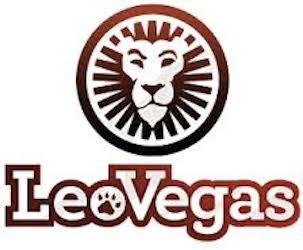 LeoVegas has been fined £600,000 (€680,500) by the Gambling Commission (GC) over “failings” related to misleading advertising and the handling of customers.

The GC identified 41 misleading adverts that were sanctioned by the operator, as well as evidence of the mistreatment of customers at the end of their self-exclusion period.

A review found that LeoVegas failed to return funds to 11,205 customers when they chose to self-exclude and close their account, while marketing material was sent to 1,894 people who had previously self-excluded.

In addition, LeoVegas allowed 413 previously self-excluded customers to gamble, without speaking to those punters first or applying a 24-hour cooling off period.

LeoVegas must now pay the fine, as well as divest itself of any funds received as a result of the failings, and pay GC costs.

Neil McArthur, chief executive of the Gambling Commission, said: “The outcome of this case should leave no one in any doubt that we will be tough with licence holders who mislead consumers or fail to meet the standards we set in our licence conditions and codes of practice.

“We want operators to learn the lessons from our investigations and use those lessons to raise standards. ”

Meanwhile, LeoVegas has reported year-on-year growth across a number of key financials for the three months to March 31.

Organic growth for the quarter stood at 40%, while organic growth excluding the markets closed in 2017 hit 61%.

Adjusted earnings before interest, tax, depreciation and amortisation amounted to €9m, up from €6.2m, with a margin of 11.6%.

Gustaf Hagman, group chief executive and co-founder of LeoVegas, said: “We got off to a flying start to the year with the acquisition of Rocket X, which has a strong footprint in the UK market with a local multibrand strategy and the market’s most effective customer acquisition model.

“We followed this up with the acquisition of gambling licences in Germany, which will enable better local payment solutions and allow us to market sports betting throughout Germany.”

Hagman also spoke about the company’s performance so far in the second quarter: “April has begun strong with net gaming revenue of €29.3m, corresponding to a growth rate of 77%.

“Marketing in relation to revenue for the group in the second quarter of 2018 will be higher than the average for 2017, which was 42.3%.

“Due to the marketing opportunities surrounding the World Cup, the total amount of marketing is more difficult than usual to anticipate in advance.

“LeoVegas will act opportunistically with marketing on the opportunities we see.”