A consultation has been launched on possible changes to gambling laws in Northern Ireland, with a view to overhauling regulations that have been in place since 1985. 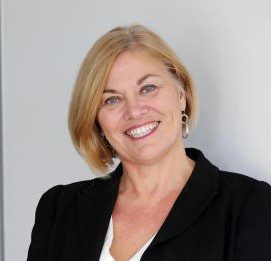 A consultation has been launched on possible changes to gambling laws in Northern Ireland.

Northern Ireland’s Department for Communities (DfC) is seeking to explore the “effectiveness of the current legislation” and is “also seeking to identify changes which should be included in any new gambling legislation”.
The consultation period will run until February 21, 2020.

“I know that the gambling industry is an important employer in Northern Ireland and that gambling is an activity which is enjoyed responsibly by a large number of people,” DfC Permanent Secretary Tracy Meharg (pictured) said.

“However it is very important to recognise that for some people, gambling has the potential to cause considerable harm. Any future changes to the law must balance the interests of the gambling industry with the need for regulation to protect vulnerable people.”

The 2005 Gambling Act that covers the other countries in the UK does not extend to Northern Ireland. Instead, gambling in the country is regulated under the Betting, Gaming, Lotteries and Amusements (Northern Ireland) Order 1985.

As it was implemented in 1985, many years before igaming became available in the UK and Northern Ireland, the Order does not include any reference to online or mobile gambling.

Meharg added: “There is no doubt that the current legislation is outdated and has not kept pace with industry and technological changes.

“This consultation will allow everyone with an interest in gambling to share their views on the current legislation and will put the Department in a position to offer the best advice to an incoming Minister on the future regulatory framework.  I would encourage all those with an interest in Northern Ireland gambling law to take the opportunity to contribute to this consultation.”

In September, Meharg wrote to Christian charity CARE NI to outline the department’s intention to carry out a public consultation on gambling in the “near future” and vowed to include all stakeholders – and not just representatives of the industry.

Just over a year ago, Northern Irish political party Sinn Féin called for the introduction of stricter legislation for online gaming to help protect minors and the vulnerable from developing gambling-related problems.

However, the Stormont assembly and executive in Northern Ireland has been in a state of paralysis for nearly three years due to a long-running stand-off between Sinn Féin and rival party the Democratic Unionist Party, stifling legislative progress in a number of areas. Following last week’s General Election in the UK – in which more nationalist than unionist MPs were elected for the first time – talks have resumed this week over reviving Stormont.