Norweigan lottery operator Norsk Tipping distributed NOK4.8bn of proceeds from lotteries in 2018 to charitable causes, an increase from NOK4.71bn in 2017, according to Norway’s gambling regulator Lotteritilsynet. 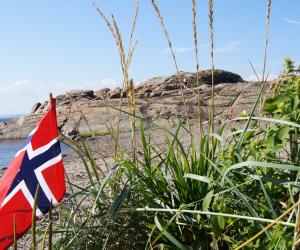 Norweigan lottery operator Norsk Tipping distributed NOK4.8bn (£400.6m/€473.6m/$527.3m) of proceeds from gambling in 2018 to charitable causes, an increase from NOK4.7bn in 2017, according to the country's gaming regulator Lotteritilsynet.

The remaining NOK4.5bn was then distributed to other causes. Sport received the largest portion of this fund, at 64%, while cultural initiatives received 18% and humanitarian organisations received the same amount.

All of these proportions were the same as the figures from 2017.

Out of the non-profit and humanitarian organisations, the Norwegian Red Cross was the largest single beneficiary of Norsk Tipping funding, receiving NOK 254.3m. Norwegian Society for Sea Rescue received NOK 156.9m, while Church City Mission Oslo has been awarded NOK57.4m.

Earlier today, Lotteritilsynet also confirmed that amendments to the country’s ban on payments to unlicensed operators will come into effect on 1 January, 2020. The amendments will mean the regulator will have the power to request blocks for transactions based on company names and related to certain account numbers, as well as make decisions regarding an operator or other payment intermediaries.