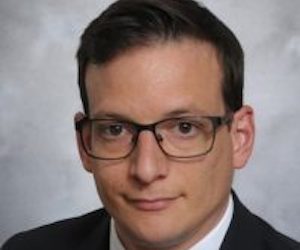 Slovakia has been urged to cut its proposed licence fees and bring forward plans for online sports betting permits if it wants its regulated market to be a success.

The Remote Gaming Association (RGA), a trade group that represents most of Europe’s leading online operators, believes many of its members will be attracted by the draft law outlined by Slovakia’s submission to the European Commission last week.

The regulated market could be live by next March, with private companies able to compete against the state-owned TIPOS monopoly.

However, the RGA is concerned that a fee of €3m for a single licence, which is at least 10 times higher than those available in a number of other European markets, will deter many operators.

The RGA is also unhappy about Slovakia’s plans to delay sports betting licences until a year after the rest of the market is deregulated. iGamingBusiness.com understands it has petitioned both the European Commission and Slovakia’s Ministry of Finance about what it considers an anti-competitive provision that will simply give existing operators the opportunity to further their advantage.

“We do have a number of concerns with the proposed text,” Pierre Tournier (pictured), the RGA’s director of government relations told iGamingBusiness.com.

“Firstly, licensing fees are prohibitive and would possibly deter operators from applying for a licence, considering that Slovakia is not a major market in Europe.

“We argue that this provision is discriminatory against European companies, is not based on sound public-policy objectives, and is effectively aimed to protect local sports betting licensees from competition.”

In its submission last week, Slovakia’s Ministry of Finance, which will have responsibility for gambling, said it wants to “relax restrictions on access to the internet gambling market”. Companies with a base in Slovakia or another EU state are able to apply for a licence.

Online operators would pay a 23% tax rate under the new regime, with various operational charges.

The Slovakian authorities said they were inspired by European countries that have introduced new regulated gambling frameworks in recent years such as Denmark, Sweden, Romania and the Czech Republic.

While it does have some reservations, the RGA welcomed Slovakia’s decision to regulate rather than block, after a year in which more than 200 gambling operators have been added to the country’s blacklist.

“The Gambling Bill that is being put forward by the Slovak Government would set out a more workable and EU compliant set of regulation for the online gambling sector in Slovakia,” Tournier added.

“It would regulate the whole online gambling sector (sports betting, casino, and poker), would provide for a 23% GGR tax on all products and remove the requirement to have an establishment in the country to apply for a licence. Therefore, this is undoubtedly an improvement.

“Although we cannot foresee what individual companies will ultimately do, there is definitely some interest among the RGA members for the Slovak market.”