The body formerly known as the European Sports Security Association has rebranded in order to reflect its increasingly international focus. Secretary General Khalid Ali talks to iGaming Business about the evolving battle against sports-related corruption 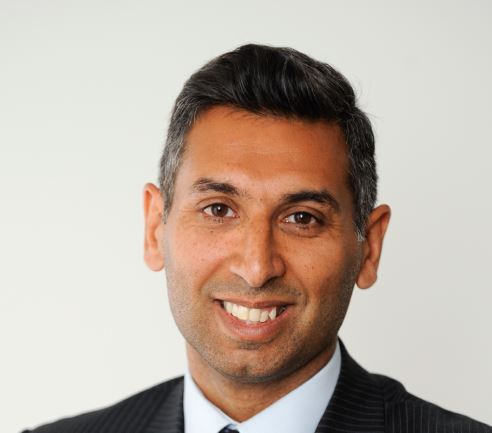 The body formerly known as the European Sports Security Association has rebranded in order to reflect its increasingly international focus. Secretary General Khalid Ali talks to iGaming Business about the evolving battle against sports-related corruption

Since it was established in 2005, the European Sports Security Association has evolved as the gambling industry has grown from a European to an international business. The only thing that didn’t change was its name.

First it was rebranded as ESSA (Sports Betting Integrity), in 2013, a step towards shifting away from its Euro-centric origins. At this time, it was decided that the issue of the name would be revisited in 2018.

“When 2018 came, a number of things happened, most significantly the US opening up, but also movement in South America, Brazil, Argentina, and talks in India,” secretary general Khalid Ali explains.

He says that in hindsight, even the association’s original name failed to reflect what it was and did – something hammered home by a stakeholder consultation.

“The feedback we got was all very positive but there was an issue with the name; people just didn’t feel it was fit for purpose anymore,” he says.

“We came up with a few alternative ideas, presented it to our board, at our AGM in London, where they all agreed that we change our name to the International Betting Integrity Association.”

Ali notes that since 2016, the association has reported more than 700 alerts to operators, sports governing bodies and regulators. In 2018, 42% of alerts were generated on activity outside Europe. This is not only down to the industry, and the body’s membership, becoming more international, but also as a result of members expanding into new territories.

Integrity focus
Furthermore, Ali says, the need for integrity monitoring services has become increasingly pressing. This is more to do with awareness than it is with a growing problem of sports-related corruption.

“Six, seven years ago, people talked about betting integrity as an issue, but it wasn’t something regulators looked at,” he explains. “That’s changed. Now it’s one of the top three topics the regulators want to know about.

“It has become a key focus for them, in terms of how they open up their markets.”

However this does not mean that regulators necessarily choose the correct approach, he notes, especially those that restrict the events on which licensees can offer bets. This has frustrated many of the International Betting Integrity Association’s members.

“It doesn’t make sense – punters simply bet outside of the [legal] market.”

Ali points out that the most open markets are the most successful in channelling players towards legal offerings. Denmark’s liberal model has been far more successful in this respect than the heavily restricted French regulatory framework, he notes.

“For us this is a key part of protecting the integrity of sports and betting,” he says. “You need to have a full catalogue to ensure everything can be monitored and reported.”

The Macolin question
He argues that over-zealous regulation only serves to hurt efforts to develop effective legal safeguards to combat sporting corruption.

This is especially apparent when looking at the Council of Europe’s (CoE) Convention on the Manipulation of Sports Competitions, or the Macolin Convention. The convention was first opened up for Council of Europe states to sign in 2014, and only in 2019 has a fifth member ratified it, allowing it to fully come into force.

This is largely down to its definition of illegal sports betting, which it defines as “any sports betting activity whose type or operator is not allowed under the applicable law of the jurisdiction where the consumer is located”.

The definition has been disputed by Malta, which argues that the definition would mark a significant number of its licensees as illegal gambling operators. Malta’s opposition to the convention as a result of this definition is preventing it from being implemented across the European Union.

“When it comes to conventions from the Council of Europe, the issue has always been that the EU has to negotiate as a bloc, and when one member state has a problem that holds [things up],” Ali says.

“We’ve always supported the Maltese position, as fundamentally how illegal betting has been defined means many of our operators would be classed as illegal,” he explains. “There’s a distinction between illegal and unregulated; something ‘illegal’ is prohibited and unlawful, and for our members, who are often listed businesses, that definition for them is unacceptable.”

He points out that a major investigation into match-fixing in tennis saw 19 arrested in Belgium in 2018. Some of the information that helped identify wrongdoing came from one of the association’s members.

If their site was accessed by players a few miles up the road from their Belgian offices, in the Netherlands, they would, by Macolin’s definition, be an illegal operator.

“The definition doesn’t help achieve the treaty’s goal, in fact it hinders it,” Ali says.

He points out that the key operational elements of the convention, such as states establishing national platforms to fight sports-related corruption, is already happening without any legal requirement.

At the time of writing, 37 countries had agreed to implement Macolin and adhere to its terms – without making a legally binding commitment to doing so. There is clearly an appetite to step up the fight against match-fixing even if Macolin’s definition of illegal betting remains unpalatable.

Where Ali does see a need for more regulatory intervention is in making operators’ membership of an integrity monitoring service mandatory. New Jersey requires sports betting licence applicants to have partnered an integrity service provider before they are eligible.

“This is something we advocate – it’s becoming increasingly important for operators to be part of an integrity network, because it’s only through sharing information that you can build a complete picture of suspicious activity,” Ali says.

“One of the great things we’ve built is the cooperation between the various sports, regulators and operators, and we would call on operators and regulators to make it a requirement that people who are licensed be part of a monitoring system.”

This isn’t a commercial pitch. The International Betting Integrity Association has, and always will be, a not-for-profit enterprise, created by sports betting operators fundamentally to ensure they are not defrauded.

“We’ve always said we won’t commercialise integrity,” Ali says. “We’re in a privileged position where we can talk freely about certain things. There are still operators that are sitting outside of the monitoring frameworks and they need to get involved.”

Select club
Following the rebrand, the IBIA aims to step up efforts to expand its international membership. However, all prospective members will be required to adhere to its code of conduct, and undergo due diligence before they will be admitted.

Ali admits that the association has found itself in situations where it has had to conduct enhanced due diligence on a potential member, and ultimately rejected its application. This, he says, is because the IBIA takes its duty to uphold high standards seriously.

And while because the IBIA is becoming more international, Ali says, there are limits to what it can do. For example, it helped establish a dedicated US integrity monitoring body, the Sports Wagering Integrity Association (SWIMA), rather than making the US a major focus – something that its members had initially hoped it would do.

“We’re a not-for-profit organisation, and because of that we have limited resources, so we felt it would be better if there was an American equivalent, set up by the Americans and run by the Americans,” Ali says.

“They would have the contacts there, know the right people, and it would just be more efficient,” he explains. “That’s why we worked with the American Gaming Association to help create it, and when it had the arms and legs in place, we started working with [SWIMA chief integrity officer] George Rover, and provided the platform they’re using.”

This is a version of the IBIA’s proprietary platform, meaning members are already familiar with the system.

Despite its limited resources stopping it from taking on a leading role in the emerging US market, Ali denies that the IBIA is limited what it can do. It is involved in five projects, at an EU level, to tackle match-fixing, and has a range of others in the pipeline going into 2020 and beyond.

This, Ali says, will keep him busy going forward. Despite serving as secretary general since 2008, during which time its membership has grown to more than 50 betting brands, he says there is too much going on for him to even consider moving on.

“When I joined there were only five or six members, it was very much an ad hoc association,” Ali says. “The job is very challenging. It’s not like you’re doing the same thing every single day. I’m running the association, working with our members, and helping with various initiatives.

“The job just keeps throwing up new things, and now I have the challenge of making people understand who we are and what we do.”

He’s going nowhere. And with a renewed purpose and international outlook, there is still a huge amount to be done.