The debate around sports data rights and their use by the bookmakers has advanced significantly in the past year or more. Exclusive data deals are now a part of the landscape more than was previously the case. Scott Longley weighs the impacts. 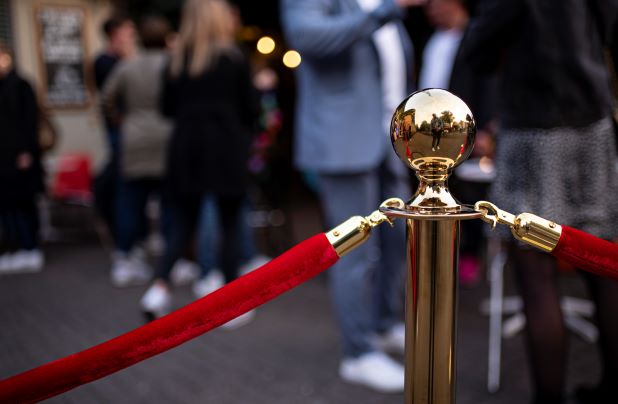 The deal completed between the NFL and provider Genius Sports ahead of the current season has been followed by two important deals involving Sportradar, including an extension of its existing deal with the NBA and new arrangements with UEFA, the ITF and AFC.

This UEFA deal has a specific importance within the current debate. For the first time Europe’s governing body has sold the data rights to all of its competitions, from the Champions League to the European Championships along with a host of further competitions across the men’s and women’s game.

It is a landmark deal, not least because of its implications for a wider data landscape which is arguably becoming more codified.

And the adjunct to this is that there is now a greater recognition than previously existed that ultimately there will be a transfer of value from the bookmakers to sport – and ultimately the betting consumer.

Operators are likely neither surprised at this outcome nor would they argue against it. There is a recognition implicit within every agreement to take official data that some form of compensation is due to sport.

A more expensive landscape
It means that data is now more clearly an extra cost to the bookmakers that must be taken into account. That is on top of the existing costs of data. The trickle-down effect might not be immediately obvious. But it is the nature of costs that they eventually get passed on and there is no reason to suspect that betting will be any different.

To be clear, UEFA data wasn’t cost-free prior to the new deal with Sportradar. The collection and distribution of the data for these games still occurred.

But now, as with other leagues both in Europe and the US, there is a further level of cost related to the data being official.

It is at this point where the data debate becomes fractious. It puts us firmly in the territory of the ongoing legal dispute between, on the one hand, Football DataCo (which controls the data rights for all British football) and its data partner Genius Sports, and Sportradar on the other.

The dispute effectively revolves around the difference between official data and exclusive. Genius, with the FDC deal and also the NFL and other similar deals it has signed recently, very much likes to promote its data deals as being exclusive.

As per the FDC legal dispute, however, such exclusivity can also be seen as being monopolistic; denying competitors access to stop them providing competitive offerings.

Hence, it is believed that Sportradar will be offering at least one sub-licence for the UEFA data, thus ensuring there is more than one source for the official data for the games involved.

In essence, it is a debate around who controls the levers in this situation. FDC says they hold all of them – and they therefore wish to extract monopoly rents.

The opposite side says this is anti-competitive. The fact is that competition is central to open and free markets. It’s an economic fact that free markets work towards the benefit of all and this applies in sports and sports data as much as other sector or industry.

This argument is being played out every time a sport comes up with an agreement with whichever provider it chooses.

Legal positions
But it is still noteworthy that as it stands there is only the one legal case pending; that between the FDC/Genius and Sportradar.

Partly that is down to circumstance. Without access to stadia, it is all but impossible for rival data services to collect the data as the large bulk of English and Scottish football matches – EPL aside – is not covered by TV.

That is the route by which most open source data is collected in. In the case of other sports – particularly US sports where TV coverage is much more extensive – that situation simply doesn’t arise.

But it’s also a matter of choice. To take Sportradar as an example, even where exclusivity exists – for instance around its ITF tennis deal – the manner in which the exclusivity has been handled means there haven’t been any legal challenges related to this data.

But that may not be the case forever and meanwhile operators are now beginning to become aware of the greater importance of their data conversations.

It should be emphasised that the data providers aren’t the ones calling the shots here. The sports bodies have their say and are the ultimate decision-makers. The sports now have both a greater awareness of the importance of their data and a greater willingness to engage directly with operators about gaining access.

They can also see how the data providers facilitate a deeper level of engagement with their sport. The relationship between sport and data provider, then, is central to the economic case for wider distribution. The symbiosis brings value creation; fans that are more engaged spend more on the sports they love, whether that is indirectly via betting and gaming or more directly via the buying of merchandise and a greater propensity to follow the game.

That appears to be one lesson from the developments in the US where announcements of official partnerships between sponsors and operators are now legion.

What lies ahead
Sports data is a fiercely competitive arena and that has its implications.

The first – and most obvious – is that costs will inevitably rise. There are parallels with the market for sports broadcast rights. These have spiralled over the years as the value of having sports content has risen. Something similar is happening with sports data.

But as with sports broadcast, the corollary of the heightened value is that it is likely to mean there will be further reinvestment in the provision of that data, enabling the transmission of richer and ever-faster data.

That is in line with how betting offerings are developing. If, as many in the US are suggesting, in-play really is set to become the dominant form of betting, then that will likely mean profound changes in the bet offers.

In other words, competition will bring its own rewards if the sports allow it. That will be of benefit to all. In the data space as much as in the operator space generally, there is everything to play for next year and beyond.