Kenneth Alexander is to retire from his position as chief executive of GVC Holdings and depart the group at the end of this week, with chief operating officer Shay Segev to step up as his replacement. 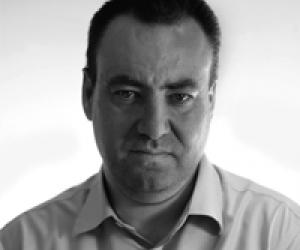 Kenneth Alexander is to retire from his position as chief executive of GVC Holdings after 13 years, and depart the operator at the end of this week.

Shay Segev, currently GVC’s chief operating officer — a role he also held at Playtech for seven years until 2015 — will take over the reins from next week and also join the board. The news was announced as GVC posted a trading update for the first half of 2020, which saw total net gaming revenue fall 11% year-on-year in a period where the business' retail operation was shuttered and major sports suspended due to novel coronavirus (Covid-19).

Alexander joined GVC as chief executive in 2007 and has overseen its development from a small AIM-listed company to a FTSE 100 global sports betting and gaming business through its acquisition of operators such as Ladbrokes Coral, Bwin.Party and Sportingbet, as well as a major joint venture with MGM Resorts International.

The 51-year-old, who will also depart GVC’s board, said he decided to leave after reflecting on his future while working from home during lockdown.

“I have given 13 years to GVC and I now want to give some time to my family. I have enjoyed every minute of helping to grow GVC into the business that it is today, and am proud of all that has been achieved,” said Alexander, who moved into the gaming sector 20 years ago when he joined Sportingbet.

“We have the best people, brands and technology in our sector, and our joint venture in the US with MGM Resorts positions us very strongly for growth in that hugely exciting market.

“I have spent the last four months working from home and reflecting on my future plans, and this feels like the right moment.”

Alexander backed Segev, who was previously chief strategy officer at Gala Coral before taking his role at GVC, to lead the group to future success.

“Whilst it is never easy to hand the baton on, it has been very clear for a number of years now that Shay is the right person to succeed me,” he said.

“He is an outstanding leader with a clear strategic vision and unrivalled technological expertise.

“As a shareholder, I know that our company will be in good hands. He is also a firm advocate for the strongest possible protection for customers, and shares my philosophy that only a responsible company can be a sustainable and successful company.”

GVC said that Segev has been primed for the role after being given direct responsibility for a number of programmes, including the group’s proprietary technology platform, its US joint venture with MGM Resorts and all group M&A. Segev had also been instrumental in delivering the integrations of both Bwin.Party and Ladbrokes Coral.

Segev said: “I am hugely honoured to have been given this opportunity by the board to lead GVC into the next phase of its development.

“Kenny has been a fantastic colleague and leader during the four years I have worked with him. Thanks to his stewardship I am succeeding him at a time when the business is in robust financial health with an exceptional team and exciting opportunities ahead of it, especially in the US.

“Our strategy will continue to be focused on our industry-leading technology, brands, products, marketing capabilities and people, as well as being absolutely committed to making gambling as safe and enjoyable as possible for our customers around the world.”

Barry Gibson, chairman of GVC, said: “Kenny has built a remarkable global business, and has achieved more in the past 13 years than most people manage in a lifetime.

“We will miss him, but we also understand his wishes to hand over the reins after such a long and successful stint at the top of the company. On behalf of the board, I would like to sincerely thank him for his significant contribution to GVC.”

Michael Dugher, chief executive of the Betting and Gaming Council (BGC) paid tribute to Alexander's record at GVC and his role in creating the trade group in recent years.

“Kenny’s phenomenal achievements in business speak for themselves. He has grown a company into a FTSE 100 leisure and entertainment business under his outstanding leadership,” Dugher said.

“Kenny helped create the Betting and Gaming Council because I know he understood that the whole industry needed to drive changes in the future and work for ever higher standards. And as a great horses and football man, he understood his customers and he brought that authenticity, directness and indeed an infectious sense of humour that we will all miss at the BGC. We wish him and his family all the very best.

“In Shay Segev, GVC have a super-talented successor to lead the company. He has a proven track record of running the major parts of the GVC business – from Ladbrokes/Coral migration to trading, customer service and their US venture. We look forward to working with him closely, not least on the Government’s forthcoming Review of Gambling”.