There have been multiple theories as to how esports and real-money gaming can converge into a viable and lucrative product. Esports Entertainment Group’s latest M&A move may offer the clearest picture yet of how the two markets intersect. 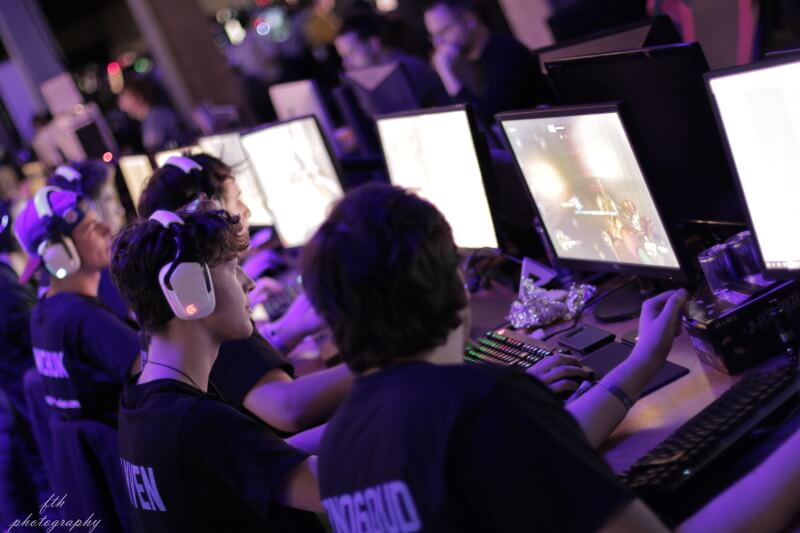 Esports Entertainment Group, as its chief executive Grant Johnson is quick to point out, was the first esports business, and the first igaming operator to list on the Nasdaq Stock Exchange.

While that’s an impressive achievement, it also means it will be looked to as the business that sets out clearly how esports and real-money gaming are to dovetail.

Because that’s something that to date has not been clear, and with good reason. Esports is a multi-faceted industry, comprising live and online events, reaching into peoples’ homes as its titles are played on consoles or home computers. it attracts a demographic that is arguably broader and more diverse than the core gambling audience.

It’s also growing fast and evolving, and essentially finding its own feet. That’s a tricky proposition for those looking at integrate the real-money element. Arguably the clear parallel here is the social casino gold rush of 2011 onwards, in which predominantly US land-based operators and suppliers acquired free-to-play businesses at vast multiples. The challenge, that many of the acquirers arguably struggled with, was then to make that part of the gambling ecosystem.

That period was arguably hobbled by a lack of regulatory progress. Until July 2019, igaming was only available in New Jersey and Delaware. It’s no coincidence that free-to-play casino has enjoyed a second wind in the current period of regulatory expansion.

For esports, emerging during this wave of legislative progress, the proposition is arguably easier, considering state after state is regulating sports betting (and to a lesser extent, igaming).

But again, there is a lack of clarity as to what works. There are the pure-play esports operators, such as Unikrn or Luckbox, that adopt a hybrid crypto-fiat model, in which gambling experience is complemented by innate knowledge of esports. Then there are the traditional real-money competitors, either adding it to their core sportsbooks, or launching dedicated microsites.

But Esports Entertainment is arguably looking to flip the narrative. It’s not about integrating esports into real-money gaming, but instead making the real-money component an part of the esports ecosystem. This is evidenced by this week’s announcement, of deals to acquire Helix eSports, a land-based tournament center operator, and ggCircuit, a deal that sees it take charge of a tournament platform, cloud-based technology for LAN centers and payments solutions.

This means that Esports Entertainment can now operate land-based tournaments and provide casinos with the technology to do the same. It can offer skill-based contests online – something legal in around 41 states – as well as the real-money gaming component, thanks to earlier deals for Sportnation operator Argyll Entertainment.

This is informed by a three pillar strategy, in which esports entertainment and infrastructure forms part of the ecosystem, alongside esports wagering and real-money gambling.

Johnson describes the Helix and ggCircuit deals as “transformational” as it pursues this strategy.

It gives the business full control of the esports infrastructure, as well as esports betting (through Vie.gg) and real-money (through Argyll). This in turn gives it greater control over its destiny, with plans to ultimately migrate Argyll’s Sportnation away from SBTech and onto a proprietary platform.

That in turn will be facilitated by further M&A activity, for which Esports Entertainment has brought in Akur Capital as its exclusive advisor for igaming deals. “David [Shapton] and his team have a line-up of interesting, strategic, profitable acquisitions for us,” Johnson says.

“We have so many in discussion right now that we’ve had to pump the brakes a bit,” he says. “Those deals serve two purposes; they pad out our financials, but bring in additional gaming licences in Europe. That opens up those markets for us to offer up esports betting.”

That esports betting offering is facilitated through its core B2C site Vie.gg, which not only provides a highly targeted offering for the core esports audience, but will be expanded with the LANduel peer-to-peer product.

That peer-to-peer play, meanwhile, can be brought into the land-based space through Helix’s technology, either through offerings operated by Esports Entertainment, or by partners under licensing agreements.

The fact that the land-based play will be integrated into the broader offering, Johnson says, is crucial to the success of integrating esports into casinos’ range of entertainment offerings.

“The gambling operators are asking how they get those younger generations into their properties, and we’re a turnkey solution for them,” he says. “We provide all the elements across all channels.

“The casinos need to figure out esports,” Johnson continues. “Otherwise they make miscues, like [MGM Resorts’] HyperX facility, where it was put there, and nothing happened. The field of dreams working plan doesn’t work; if you build it, they don’t necessarily come.

“You need to build the ‘story’. The online component, the things that cater to the target audience; you have to offer the full range of options, and not just one thing.”

If that ability to offer the full range of services is crucial, it is facilitated by regulations. While esports betting regulation is arguably moving more slowly – Nevada and New Jersey, the most mature sportsbook states – still only allow it on a case-by-case basis.

However, skill-based gaming, with a real-money component, is widely permitted, and allowed in 41 states. The LANDuel solution facilitates this, which Johnson says allows the business “to move much more quickly into those jurisdictions”.

“As the regulatory framework progresses, we will move in with the gambling component.”

The circle is closed off by integrations with traditional sports teams. Esports Entertainment has recently finalized agreements with AEG, the sports and entertainment giant that owns US major league franchises the LA Kings and LA Galaxy. This will see it run exclusive tournaments for each team’s fans, on its Esports Gaming League platform.

Johnson points out that when novel coronavirus (Covid-19) hit, the traditional sports such as basketball and soccer were quick to shift focus to esports, with leagues based around Fifa and NBA 2K to engage with fans.

“The esports sector wasn’t taken seriously until maybe two years ago, when the 2K leagues started to form up, but it didn’t get cast into the headlines until Covid-19 hit,” Johnson says. “These big sport organizations were trying to figure our what to do, and Sony and Xbox units are ubiquitous in any household in the world, so the teams and networks started broadcasting esports events.”

“It’s changed a lot – I can recall going to the League of Legends championships in Toronto three years ago, and across the street from the venue was the largest sporting arena in Canada.

“And the sports fans were outside jeering at the esports fans; it was a real high school ‘jocks and nerds’ scenario.

“Now we have seven major top-tier sports organizations that have reached out to us.”

He points out that Esports Entertainment hasn’t had to make any outbound calls as it looks for partnerships, and he says that to these potential partners, “pedigree matters”. The suggestion here is that these partnerships can be as meaningful an engagement tool as tie-ups between teams and betting operators – arguably more so. And as with sports betting deals, the teams are looking for businesses that have credibility and track records.

While real-money betting heritage, from European partners or US land-based pedigree, is easy to tap into, for esports this is a trickier proposition. Esports Entertainment is confident that it has cracked the conundrum of merging all elements into a functioning ecosystem, but it – and all of its peers – are very new businesses.

This makes the Nasdaq listing, and the accompanying Securities and Exchange Commission hoops that have to be negotiated, a key selling point, Johnson argues.

“For the sports teams, we have not made one call to a team,” he says. “We’re having conversations with three tier one Premiership teams, and at least five more, all inbound. We haven’t had enough chances to make those calls ourselves yet.”

“There’s a reason these benchmarks are put in place; it makes it impossible to get around the checks and balances,” he says. “So if you’re a multi-billionaire team owner, do you work with the young, unproven operator or the company that’s undergone the same checks that you have?”

Johnson points out that he could have made millions much quicker had he simply built out a real-money gambling business. But to build out a successful esports business, incorporating real-money gambling, taking the long route was necessary.

Only by making that commitment, he believes, was it possible to show the sports teams that Esports Entertainment is the right partner for them.

That doesn’t necessarily preclude the business from innovating he is quick to add, arguing instead that “innovation needs regulation”.

“I once sat on a conference panel where my fellow panellist was saying regulators don’t know what they are doing,” he recalls. “In Las Vegas, talking to casino operators, so talking chaos theory – that’s not the right audience.

“Guys like Jerry Jones and Mark Cuban took their risks in the early days – they want stability now; they’ve made their money, they want to keep it.”

Johnson talks passionately and enthusiastically about his strategy for Esports Entertainment, though it’s important to note that its three pillar approach is yet to be proven.

Having said that, its approach is focused on putting esports at the core of what it does, to the point that real-money arguably becomes a complementary, ancillary element rather than the driver. For the purpose of comparison, its hybrid operator-supplier model feels similar to that of Gauselmann Group or Novomatic in the real-money gaming space.

But he sees its approach, of rapidly growing an adult gaming business in a new market, as an analogue of one of sports betting’s early winners: “We’re doing it in that controlled setting, so you know how is playing, they’re over 18, they’re not cheating, so that satisfies the regulator, the publishers.

“I would say were are blazing the same trail that DraftKings did, or at least similar to that.”