Michael Daly took on the top job at Catena Media in January after a successful stint heading up the affiliate group’s flagship US operations. He speaks to Scott Longley about his plans to revamp the entire inventory and chart a sustainable growth path for the business following the quickfire M&A-driven expansion of recent years. 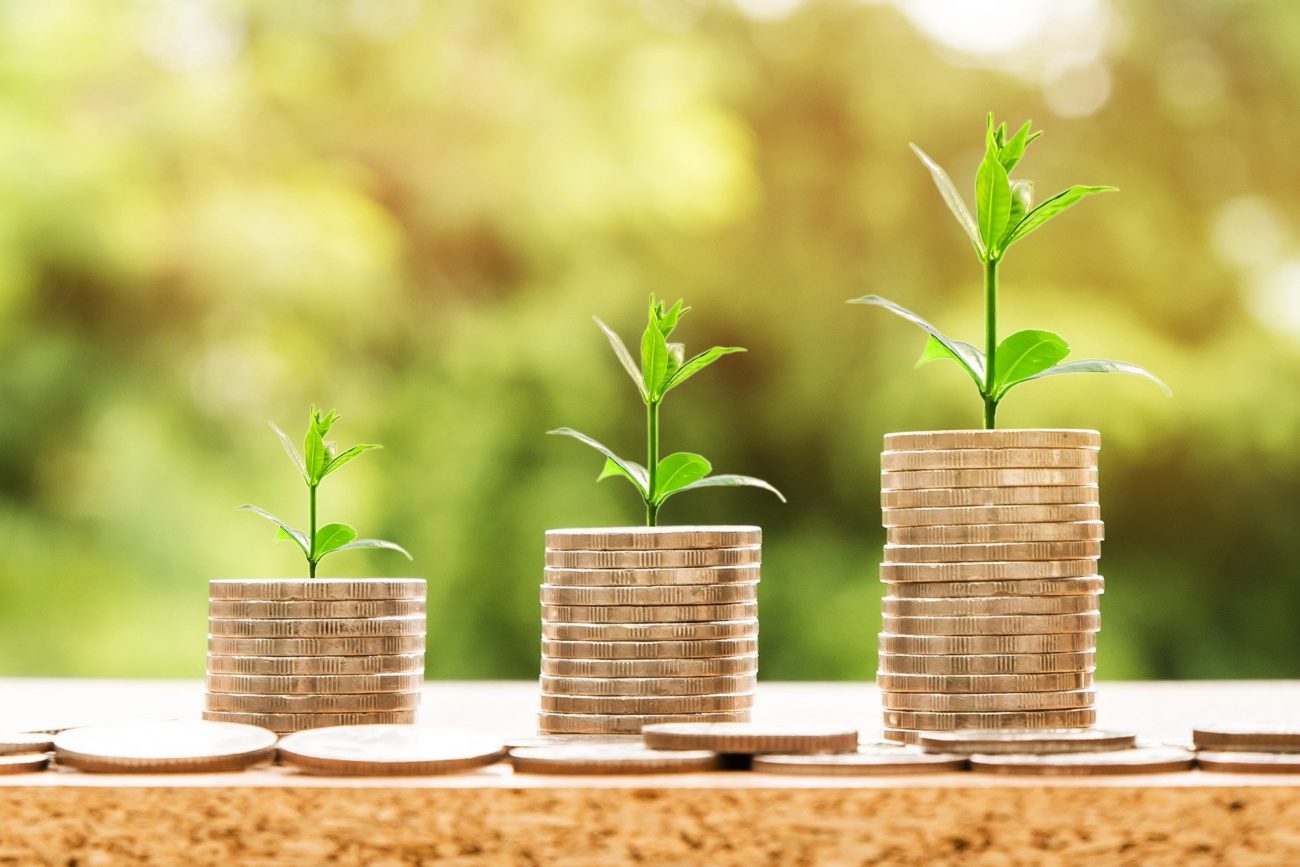 There is a brutality to corporate life. Since late 2017, Catena Media has had in total five permanent and interim chief executives. The latest to take up the reins is Michael Daly (below right) who came to the post after the resignation of Per Hellberg.

Such was the swiftness of Hellberg’s defenestration that board member Göran Blomberg took up as interim chief executive for a fortnight while the board undertook a brief search. They quickly plumped for Daly who until then was serving as the managing director of Catena Media’s US operations.

The high turnover at the top might be said to be down, at least in some part, to indigestion. Between 2014 and late 2018, Catena Media undertook more than 30 buyouts at a rate of almost one per month. As the company led the charge in gaming affiliate M&A, revenues ballooned from around €2m in early 2015 to a peak of €27.8m in the second quarter of last year.

Growing pains were only to be expected when a company expands at such breakneck speed, not least because for all the revenue growth, the buying spree was financed by debt. Even as the company hit its revenue peak in the middle of last year, it was forced to go to shareholders with a hybrid rights issue of securities and warrants which raised a total SEK684m (around €67m).

The proceeds from this enabled the company to pay off €49.5m of an outstanding €150m bond that had been due for repayment in May. It was also able to renegotiate the repayment of the remainder for another year.

The rights issue gives the new CEO some breathing space. For all that Catena Media hit a revenue high point in the second quarter of last year, it has somewhat plateaued for the past two or more years. Its previous quarterly revenue high came in the third quarter of 2018 and on the headline numbers (revenues, EBITDA, NDCs) it has now been overtaken as the leading listed affiliate by major rival Better Collective.

Meanwhile, although Catena’s adjusted EBITDA has been reasonably steady, pre-tax profits have been patchier. In the last quarter of 2019, for instance, it was forced to write down €32.1m on the value of various previously acquired assets, causing a quarterly €32.2m pre-tax loss.

The reassessment of the worth of some of its acquisitions is ongoing. Before Daly took up his post the board appointed McKinsey to take a look at further underperforming parts of the business. In his debut presentation to investors unveiling the company’s fourth-quarter numbers, Daly spoke about the 15% of the business that had shown “no growth” and speaking to iGB, he says that turning that around is “the first challenge.”

“We want to be able to focus the business and the teams involved on growth,” he says. “There is a lot of growth out there in the affiliate gaming sector.”

Towards the end of his tenure Hellberg had taken to describing the European parts of Catena’s business as the “legacy” element, with all that seemed to indicate with regard to priorities. Indeed, the word appears in the 4Q20 introductory statement from Blomberg.

But Daly wants ‘legacy’ banished from Catena’s corporate vocabulary. “I want to avoid using the word,” he says. “That implicitly says, to me, that something is declining and dying. Instead, I would rather look at why it is an area is not performing. Maybe it is an acquisition where we didn’t pay enough attention on the integration or where the teams involved didn’t have proper performance guidance.”

Implicit here is the admission that Catena Media’s execution post-buyout may not have always been up to scratch, particularly with buyout piled on top of buyout. “Maybe we did take on too many acquisitions at once a few years ago,” he says. “Maybe we spent too much time only focused on the bigger products. Regardless, it is now about revamping the entire inventory.”

That revamp involves reinvigorating the various teams at Catena, incentivising them by granting more autonomy, greater responsibility and differing rewards. “It is all of those things,” Daly says. “Each set of people might be incentivised differently, depending on where their focus is on the business. For some it could be about more content flow or the optimisation of the site funnel. For others it is also about maximising the deals we have with operators. This is all very multifunctional but a lot of it is about empowerment.”

As mentioned, Daly takes over as CEO after having lately overseen the rise of Catena Media’s US-focused business. The company may have somewhat lucked into the US – when it bought the PlayNJ assets in December 2016 the PASPA repeal decision was still 18 months away – but Daly and Catena have certainly played the hand that was dealt well enough.

The company is, by its own estimation, now the leading gambling-related affiliate in the regulating sports betting and igaming space in the US. By the end of the fourth quarter, the US was worth 30% of total revenues of €26.6m or circa €8m, representing year-on-year growth of 72%.

That growth continued into the early months of 2021 with the market openings in Michigan and Virginia driving 58% year-on-year revenue growth for the company as a whole in January. With the sporting schedule continuing to be friendly for the rest of the quarter, it seems likely the US operation will help Catena Media to break the cycle of circa €26m revenue quarters in the first three months of 2021.

The figures will be helped by the structure of Catena’s US business where revenue is dominated by cost per acquisition (CPA) as opposed to the revenue-share arrangements more prevalent in Europe. The prevalence of CPA comes down to operator preference. Catena’s clients in the US tend to have existing customer loyalty schemes or player databases – and also capability. “The multi-state regulatory landscape makes it difficult to run revenue share for many of them and for us also,” Daly says.

The extent of CPA revenues in the US also creates its own (nice-to-have) issues as debuting states see what Daly calls a “launch bubble” as Catena reaps the benefits from the first onrush of new players.

“CPAs put cash in hand early,” says Daly. “Catena can use that cash today to invest in the future. Michigan, for instance, was a very successful launch, thankfully, because we were there so early. To pay for that, you needed the infrastructure and the cash.”

Sustainability of revenues will come from a mix of continued state-by-state sports betting openings, moves to add online gaming to the mix where it isn’t already a factor, and similarly moves to add mobile betting to states such as New York where sports betting is currently land-based only.

“It’s a multifaceted picture,” says Daly. “Yes, the available player volume will decrease in current sports states but as the marketable case decreases, the operators are suffering the same thing. They need new players in that quarter, so we become more important as these markets change. We can deliver that player and we only charge them when they turn up.”

Catena Media is on a different journey in Europe. Daly is keen to suggest that the lessons from wherever Catena Media operates can be applied in all markets, whether that is the US, Europe, Latin America or Japan.

In Europe, along with the rest of the sector, Catena Media faces the prospect later this year of the opening of the new German regulated regime for online casino and towards the end of the year the regulated market in the Netherlands. “While in the US we are looking at market entries, in Europe some markets might be seen as an opportunity for re-entry, such as Germany,” he says. “The markets are shifting to almost-new models with new operators and new ways to market to customers.”

It is about more than simply altering the product to suit the new regulatory boundaries. “It’s as much about changing the mindset,” he suggests. “We have a lot of talented people and they will have the answers. But we have to change the philosophy of how our business is structured. There is the consumer, the operator and then our company, likely in that order of importance. And that is how I believe we need to think.”

More than that, Daly hopes to instil in his teams a self-solving ability when it comes to servicing the needs of the clients. “We also have to respond to the operators and they don’t operate one model across all their businesses,” he adds. “While many of our clients are global, how they work in differing jurisdictions and markets can vary a lot. We need to respect that and be agile enough to support it.”

Part of the response involves paid media. In recent years, Catena’s reliance on paid media for a proportion of its revenue diminished to the point in the second quarter of last year that it contributed only 5.4% of total revenues or €1.5m. However, the fourth quarter saw something of a revival with paid media revenue rising 20% year-on-year to €2.5m. Not coincidentally, perhaps, this revival comes at the same time that Better Collective has greatly enhanced its own claims in the paid media arena with the acquisition of Atemi Group.

Daly says that while paid media shouldn’t be the largest segment of Catena’s business, it needs to be part of the mix. “My objective is for organic [SEO] to be the largest portion of the business,” he says. “That is where the strongest margins come from. But paid media is something that we should definitely have in our toolbox.”

The explanation for the hesitancy is clear – he doesn’t want Catena to be competing with its own customers on search terms. “They can spend more on PPC than we can in part because we are an intermediary,” he points out. “But at the same time, it is definitely an area where we should be looking for where there are opportunities.”

This, he says, is Catena’s job. “All we do is find players for operators and then earn revenues off those players. We have more time in the day to focus on these things so there are elements of paid media we should be able to focus on and do better than anyone else, including operators.”

As he concludes, “I maybe be biased but I think we have the best sites and teams to take advantage of this, in the short and long game.” Catena will be hoping it has found a CEO who will stick around at the top for long enough to find out if that is true.