7 minutes read
The marketing blitz aimed at recreational players in regulated US markets may have obscured the importance of pricing in bettors’ decision making but how is this set to change as the onshore market matures and gains in competitiveness? Scott Longley investigates. 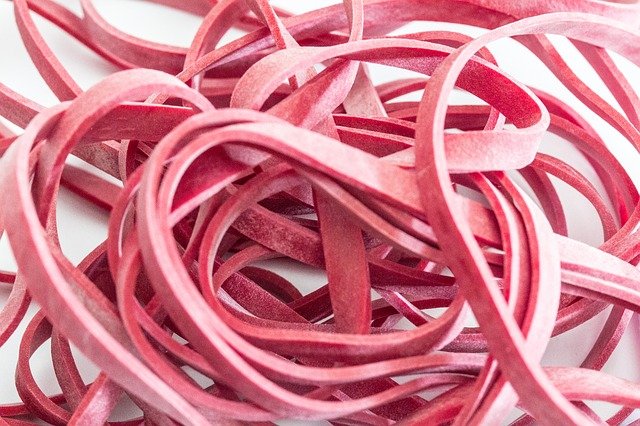 For those looking for an example of how pricing matters in the US – and why competition is good for the betting consumer – then the District of Columbia is happy to oblige.

Its recently released revenue figures for betting in the nation’s capital proves that betting monopolies really are bad for the customer. The sole online offering in D.C., the Intralot-powered GambetDC product from the state lottery, produced just $2.1m of turnover in August or a mere $278,141 in gross gaming revenue.

The hold figure was 13%. Indeed, since launching in late May, GambetDC has managed to pull in only $3.1m of bets and has maintained a hold percentage of a whopping 14.7%.

No wonder Intralot has found itself being attacked on social media for the “crazy pricing” being offered.

Moreover, GambetDC has ended up being eclipsed by the subsequent launch of the William Hill-owned retail operation at the Capital One Arena, home to the NHL’s Washington Capitals and the NBA’s Washington Wizards.

In the first month of operation William Hill’s book – consisting of just seven betting windows and 14 kiosks – raked in $9.1m in bets in August at a hold rate of 15.6%. Its average bet size was $132. While there are structural reasons for the hold rate in retail, the fact that one land-based outlet has totally eclipsed its rival online business is telling.

The tale of the tape

Overround data provided by Bookies Matrix for this article highlights how out of line D.C. truly is when compared with more competitive markets across the US. When it comes to spreads, for instance, alongside its monopoly brethren Montana – also supplied by Intralot – the District of Columbia has an overround figure of 1.08. This compares with spreads of between 1.03-1.05 for other more competitive markets.

The outliers aside, though, of more interest is perhaps the uniformity displayed across the rest of the more competitive states. Specifically, it is worth asking whether the competitiveness on display is a function of the offshore betting effect.

“In terms of how lines are set, the most influential sources have historically been those with the highest liquidity, specifically for US sports betting, Vegas and US-facing offshore bookmakers,” says Marc Thomas, a founder at Bookies Matrix. “The positions of these two sources largely determined line movement across the world.”

But with the development of a regulated US market, the price discovery process is changing and major operators within the larger states – and their sportsbook supply partners – are now “playing a larger role in determining those lines.”

Moreover, the nature of US betting lines and the way in which what are predominantly two-way markets can easily be compared means that the regulated sector would know how to ensure it was not out of line on price with the offshore books.

It means the regulated sector works in a similar fashion to bookmakers in Europe on the similarly two-way Asian handicap markets. “These markets allow for quick judgements of whether prices are competitive without the need of a calculator which may be required for more complex market types,” says Thomas.

The price issue answers one question about how the regulated books can ensure they are competitive against the offshore operators. But that is not the whole story.

The “reality”, says Jeevan Jeyaratnam, head of trading and compilation at Abelson Odds, is that post-PASPA the European-style sportsbooks in the US “place brand above all.”

“Established European operators are falling all over themselves to partner with huge casino or media brands in the USA, thinking that his allows them instant access to virgin recreational accounts,” he adds. “Competing on price is not considered to be enough and so the aim of the game is to build a huge database of recreational players.”

He notes that price comparison sites such as Oddschecker and Oddsboom are starting to make their presence felt in states where there are multiple operators. But as he points, out, a recent channel check in Pennsylvania for a Monday night football game showed that of the seven listed operators, four had identical prices. “This helps bolster the view that branding is considered more important than price provenance,” he adds.

But that could change as markets mature. “I’m sure that as the market matures, we will see increased punter education paying more attention to pricing, which may force sportsbooks to rethink,” Jeyaratnam adds.

Proof of this comes from recent launches in the market. One such in New Jersey is the sportsbook Vigtory and founder and chief executive Sam Rattner says that the marketing blitz in regulated US markets has to date obscured issues around pricing and other brand building efforts.

“Knowing that pricing alone will not get people betting on a book, US sportsbooks need to deliver an on-par product and experience at the very minimum,” he says.

This is particularly the case with mass-market punters who, he says, “ultimately looking for a clean and easy-to-use product.

“When those basic necessities are met, we see no reason why the US customer wouldn’t choose to wager with a sportsbook that offers the best price,” he adds.

As the regulated market gains in competitiveness – Vigtory is one of a handful of newer books looking to use price as a lever – more of them will be ‘converted” to the regulated space. But as with Europe, the nature of the offerings will also develop particularly as more sophisticated in-play offerings become the norm.

“I’m sure the books mentioned will be aiming their products at all comers but in order to survive they will need a large base of VIPs or ‘whales’, that is to say high staking recreational players that think they are sharp, but aren’t,” says Jeyaratnam. “I’d say that there is an audience for these products, traditional offshore pro-punters, but that you’d need to be pretty brave/reckless to go toe-to-toe with them.”

This chimes with the related idea that for many in the US, the offshore books are simply not viewed as being illegal. For this cohort, the draw will be that regulated books soon evolve the sportsbook model so that they are ahead of the offshore competition.

“Any company trying to offer this style of experience needs to have a razor-sharp odds compilation team, simply using a standard third-party supplier will only see the venture end up in trouble,” concludes Jeyaratnam.

He pints to the closure of 5Dimes, which recently reached an agreement with the US authorities over it previous activities. It has led to speculation that it might re-launch, potentially with new owners, in the regulated space. As Jeyaratnam asks, “is this a sign that offshore books are feeling the pinch?”
Scott Longley has been a journalist since the early 2000s, covering personal finance, sport and gambling. He has worked for a number of publications including Investment Week, Bloomberg Money, Football First, eGaming Review and Gambling Compliance. Scott now runs his own editorial consultancy, Clear Concise Media, and writes for a number of online and print titles.

Image by Hans Rohmann from Pixabay