The fading of the hype around non-fungible tokens has led some sections of the media to predict their demise following an inevitable bursting of the bubble. But the tech at the centre of bubbles has changed our worlds before and the independent proof of ownership and what is genuine in the digital world that they provide has huge implications well beyond the NFT art world. In the first of a three-part series Sergio Muscat explores the fundamentals of NFTs, looking at what they are and where they came from. 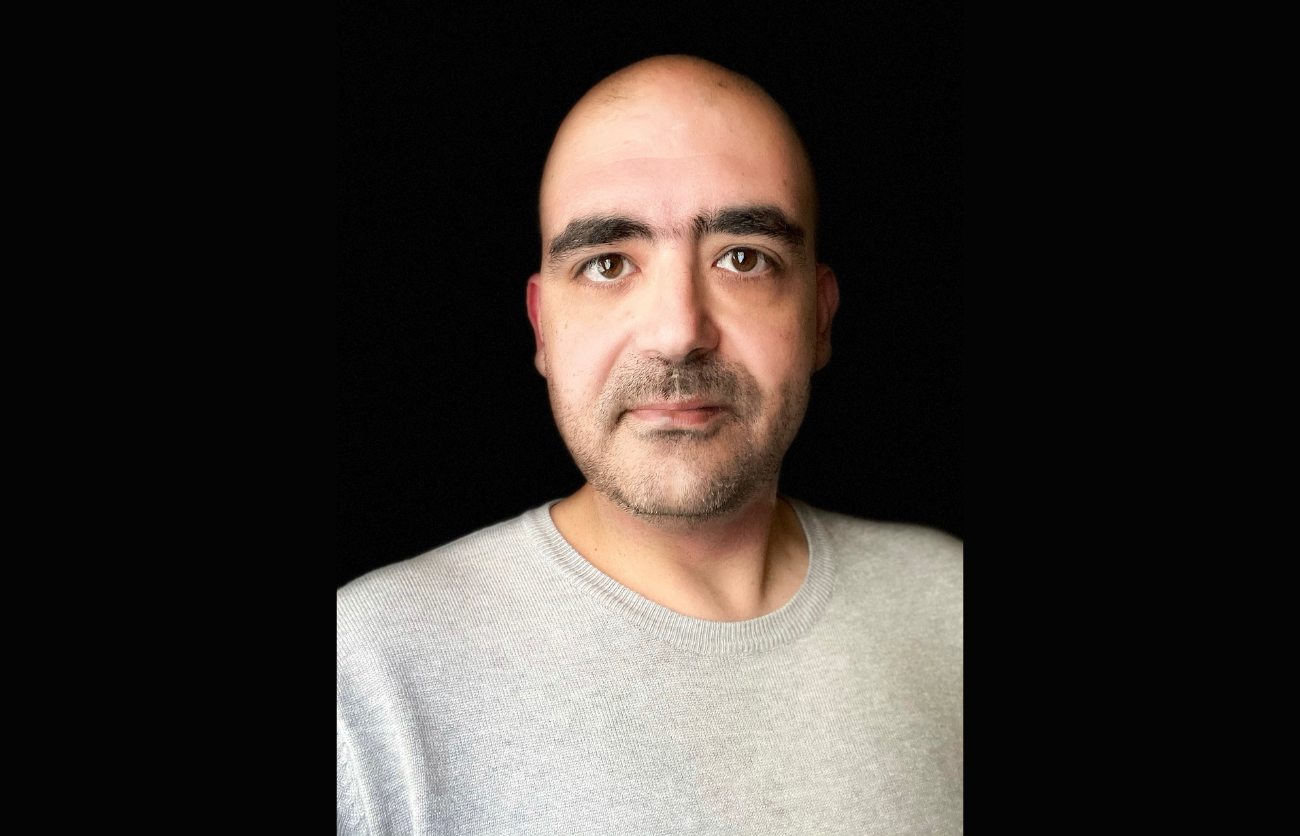 If anyone had asked me about non-fungible tokens around June 2021, I would have had no clue what they were. I still, after several months of research and experimenting, have not figured things out completely. This is also because, firstly, the fact that we’ve barely scratched the surface of what the implications of this technology will have on society, and secondly, the innovation and development of NFTs is happening at breakneck speed, making it difficult to keep up with the constant changes and new applications.

Even as a technologist, I have, over the past years, viewed blockchain from a sceptical – and sometimes cynical – perspective. Until recently, I did not believe that there was any application of cryptocurrencies and the underlying technology that could point us into a direction of eventual ubiquity – where cryptocurrencies could be known and used by everyone, and to the point where they would become a viable replacement to fiat currencies and the ever-tightening financial ecosystem. For, in its original conceptualisation in 2009 through the pseudonymous Satoshi Nakamoto’s now-famous Bitcoin paper[1], this was indeed the fundamental aim of the proposal: “A purely peer-to-peer version of electronic cash would allow online payments to be sent directly from one party to another without going through a financial institution”.

The Bitcoin paper was a crucial turning point in that it resolved some very fundamental issues that made cryptocurrencies possible. In essence, it answered an important question in the puzzle – how would it be possible to create a completely “permissionless” and “trustless” system, whereby there is no central (or trusted) authority, such as a bank, that processes transactions? In the crypto blockchain, anyone can participate as a node, all you need (technically) would be a copy of the blockchain protocol software and computing power.

Without going into too much detail on how this is achieved, the basic concepts are those of “proof of work”, whereby nodes (or miners) would need to put in computing effort and time to compete against each other in order to validate transactions. This makes it much more difficult to forge such transactions. Mathematically, in order to have a good enough shot at taking control of a blockchain and forging a transaction, one would need to be in control of 51% of the entire computing power in the network. Furthermore, a block is not fully validated until a few other blocks are added to the chain, which means that any forger would need to retain control for a longer period of time, constantly out-performing the rest of the network to ensure they keep “winning” the mining contests for, say, at least five or six blocks into the future, which makes the probability of this happening miniscule, and more importantly, generally not worth the cost and effort. These solutions were such a critical turning point, that they essentially spurred the entire crypto development to this day.

What resulted over the following years was revolutionary, although arguably not entirely in the direction expected by the authors[2]. Cryptocurrencies, even with the advent of stable coins[3], remain a somewhat far cry from being able to satisfy all the criteria of “money”, including characteristics for being a store of value, a unit of account and a medium of exchange[4]. The crypto ecosystem, as it stands today, seems to function more on the lines of a stock exchange, rather than a full-fledged currency. While I am sure not everyone will agree with my view on this matter, it is an important point to make, since it does tie with the behaviour and evolution of non-fungible tokens.

NFTs have a short but intense history, accentuated by a background of lockdowns and a pandemic that has changed – and will continue to do so for some time – the fundamental structures of society. They ride, however, on a technology that at its fundamental, was developed in 1991[5]. It wasn’t until the advent of the Ethereum blockchain in 2015 and the concept of smart contracts, which allowed for unique tokens to be created, that the door was really and truly opened.

Before moving forward, though, it is important to touch upon the concept of a non-fungible token. I like to put it in this way. Say we have two €5 notes. They are both individually unique from a physical perspective, such as having individual serial numbers that allow us to identify each note. However, they have the exact same value and are completely interchangeable. If we exchanged our notes, we would remain in the same financial position. The parlance is that the notes, or tokens, although identifiable, are fungible. Now say, for the sake of argument, it was discovered and authenticated, that the €5 note with a specific serial number was involved in some extraordinary event, and has now taken on a new, speculative value. That note is now no longer worth €5, but whatever someone is willing to pay for it – it could be worth nothing, or millions. What we can say for sure, is that it is not like all other notes, and cannot be exchanged for its face value. This makes it non-fungible.

NFTs work on the same concept, however, unlike the physical realm whereby specific tokens, or items, need to be validated, verified, certified and so on, NFTs, being resident on the blockchain, are a certificate of themselves. Their existence is, by their own nature, a certificate of ownership. Everything that exists on the blockchain is public domain, and we can trace every single transaction on that blockchain to its origin, or genesis. NFTs are tied to smart contracts that define their behaviour, and their content is immutable once it is registered, or “minted”. The NFT, therefore, is both a container for something, and a contractual proof of itself and its ownership.

The questions still remain – why, and how did NFTs become so popular, and what, if any, will their lasting impact be on business and society in general? The latter part of the question will be tackled in future articles. As to the former, there are a few important milestones within the brief history of NFTs that are worth mentioning.

It is generally recognised that CryptoPunks[6] is the first successful implementation of a fully fledged NFT project. There were several theoretical iterations and some NFTs minted prior to this – Coloured Coins[7] (2012) were arguably the first conceptual implementation of NFTs, however the limits of the Bitcoin scripting language did not allow for full “non-fungibility”. Other projects and experiments were created between 2012 and 2017 on various blockchains, however the main spur towards the globalisation of NFTs came with the launch of the Ethereum blockchain, which improved and expanded significantly on Bitcoin by allowing for a full scripting language to be introduced, and therefore the introduction of smart contracts.

Crypto Punks’ contribution was also through the introduction (or re-introduction[8]) of the concept of “generative art”. There are 10,000 uniquely generated punks, made by combining various characteristics (hat, skin, facial hair, etc,) with some features being more common than others. These images were initially given out for free to the community, and over the years became a staple collectible, being traded for ever increasing prices. In the meantime, other projects such as CryptoKitties[9] which introduced a gamification layer to NFTs, allowing owners to both collect and breed virtual cats, were introduced.

The Covid-19 pandemic, I believe, was a major contributor to the sudden growth of NFTs. Lockdowns meant people were not able to visit physical exhibitions, and turned to the digital world, which happened to mature just in time for this. Throughout 2020 there was a slow but steady growth in NFT trading, however the real boom happened towards mid-2021. Throughout the first half of 2021, some NFTs, such as a rare Alien Punk[10], were sold for increasing amounts of money, culminating in Beeple’s “Everydays – The First 5000 Days” being sold by Christies in a ”first of its kind” auction for a whopping $69m[11]. This was followed, inevitably, by a barrage of celebrities such as Snoop Dogg, Elon Musk and Jack Dorsey (who sold his first tweet for $2.9m) jumping onto the bandwagon, and in June/July 2021 there was a very noticeable spike in transactions[12], which in turn caused a huge blockage of the Ethereum blockchain, which was not designed to handle such transaction volume[13]. This in turn caused a spike in gas prices – the fees paid to miners – and several concerns on the environmental impact this was causing[14].

It’s not all dark and gloomy, however. New technologies such as proof-of-stake are being introduced to significantly reduce the computing power needed, increase transaction volume and reduce gas fees. There are also signs that the hype is fading. Some interpret it as a bursting bubble[15] and possibly the end of NFTs, however I think it is a process of maturation. It will, of course, have an impact. I see several analogies to the internet bubble of 2000, however this will lead to higher quality and more professional innovation, rather than a free-for-all. We are, and have been, seeing several interesting developments, and there are several open avenues to explore in front of us, not to mention new bubbles forming, such as the metaverse.

All these current and future innovations deserve more investigation and analysis, which I’ll cover in the remaining articles within this three-part series. Until then, we can only speculate what will happen in this fast-evolving environment. Within a couple of months, everything could have changed!

Sergio Muscat is the Founder of Oxygia, a boutique management consultancy specialising in strategic, operational, and human insight advisory. With several years of experience in project management, business analysis, operations, and payments amongst others, Oxygia assists organisations of any size and industry to investigate, manage and adapt to the future.

Sergio will be speaking on the topic of NFTs at 11:00 on Day 2 of iGB Affiliate London taking place at London’s ExCeL on 13-14 April. He will be joined on the Metaverse and NFTs: Future or bubble? panel by Noah Fischer from Gambling Apes and Betgames.tv’s Andreas Köberl. Go here to view more details of the agenda.

[1] https://bitcoin.org/bitcoin.pdf
[2] Satoshi Nakamoto is a pseudonym, and the original author/s remain unknown
[3] Stable coins are crypto currencies tied (or tethered) to the value of a fiat currency, such as USDT tethered to the value of USD. The aim is to not allow them to fluctuate wildly as other crypto currencies do purely based on trading and market conditions.
[4] https://www.stlouisfed.org/education/economic-lowdown-podcast-series/episode-9-functions-of-money
[5] https://www.icaew.com/technical/technology/blockchain-and-cryptoassets/blockchain-articles/what-is-blockchain/history
[6] https://www.larvalabs.com/cryptopunks
[7] https://en.bitcoin.it/wiki/Colored_Coins
[8] Generative art was essentially introduced in the 1960s, mostly by Georg Nees, who used computers to create “paintings” by generating random or semi-random lines and circles.
[9] https://www.cryptokitties.co/
[10] https://www.coindesk.com/tech/2021/01/23/early-cryptopunk-digital-collectible-sells-for-762k-in-ether/
[11] https://www.theverge.com/2021/3/11/22325054/beeple-christies-nft-sale-cost-everydays-69-million
[12] https://dune.xyz/rchen8/opensea
[13] https://www.thedechained.com/bored-ape-nfts-spike-eth-trading-on-opensea/
[14] https://www.theverge.com/2021/3/15/22328203/nft-cryptoart-ethereum-blockchain-climate-change
[15] https://fortune.com/2022/03/04/nft-bubble-market-crash-price-value/