The Stars Group chief executive Rafi Ashkenazi believes the operator can achieve double-digit growth in highly competitive and mature UK market in 2019, by leveraging the Sky Betting and Gaming assets acquired in 2018. 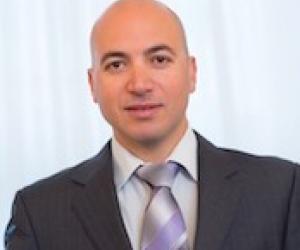 The Stars Group chief executive Rafi Ashkenazi believes the operator can achieve double-digit growth in a highly competitive and mature UK market in 2019, by leveraging the Sky Betting and Gaming assets acquired in 2018.

Ashkenazi (pictured) said the PokerStars operator would look to build on the foundations laid by the Sky Bet team in the years before it was acquired in a $4.7bn deal in April 2018.

He said Sky Bet had a “very large, significant customer base” in the UK, which he claimed was the biggest in terms of market share.

“And leveraging on this customer base is something that allows us to grow faster in the market,” he added.

He denied that a softer fourth quarter performance, in which staking growth slowed to 10% in local currency, suggested that the business was losing market share to competitors.

Looking beyond the UK, chief financial officer Brian Kyle admitted that the core poker vertical had been impacted by currency restrictions and the removal of its app from local iOS App Stores in its 2018 financial year. Among the markets to be impacted was Russia, which stepped up payment blocking during the third quarter, though Kyle added that strategies to mitigate the impact of these developments were working well.

“The impact of these changes will continue to be a year-on-year drag on our revenue during 2019,” he said. “However, Russian revenues are now growing on a sequential basis, and we are optimistic that our poker business in Russia will return to year-over-year growth in due course.”

The Stars Group is also targeting the Swiss market, where it will look to partner a local land-based casino operator to ensure it can continue offering poker. However, until it secures a path into the market, it has suspended its Swiss casino offering and discontinued sports betting there.

It has also temporarily withdrawn from the Slovakian market, which recently voted to introduce new regulations, while it applies for a licence. This, Kyle said, would have a temporary negative impact on revenue in 2019. The operator is also planning on moving into the newly regulated Dutch market as soon as possible.

Elsewhere in Europe, Ashkenazi revealed that the operator was lobbying the Italian authorities to join the European pooled liquidity framework alongside Portugal, Spain and France. Despite working to establish the cross-border player pools, Italy has given no indication that it is preparing to join the network.

Despite this, Ashkenazi said he was still hopeful it would eventually join: “Italy joining the shared liquidity or the pooled liquidity would be very meaningful for our poker business. So we will definitely push for that.”

Finally, the CEO added, The Stars Group is in active discussions with media companies, which he described as its preferred strategy in the US. Should such a deal be finalised, Ashkenazi said the operator would revise its US guidance to reflect the investment required for such a launch.

He offered a bullish assessment for the year ahead: “We enter 2019 with confidence. We believe we have the assets, brands and capabilities in place to deliver on our strategy of becoming the global leader in this exciting and high-growth industry.

“Today, we are diversified global market leader with unrivalled product and geographic reach in our industry,” Ashkenazi continued. “Additionally, our business has significant and sustainable competitive advantages that support ongoing market share gains in these markets and provide us with a platform for expansion into new markets.”