In a recent webinar sponsored by SIS, a panel discussed how best to approach and retain esports bettors 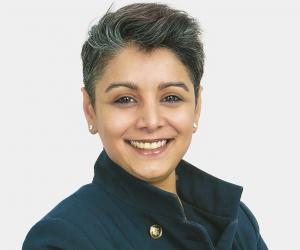 Rohini Sardana is head of product propositions at SIS (Sports Information Services), a 24/7 betting services, multi-channel supplier. Rohini is a senior digital gaming professional with 15+ years of product management and commercial experience, and previously held several senior roles such as Commercial Director – VLTs at Inspired Gaming Group. At SIS, Rohini has been responsible for the development of the company’s new esports product, SIS Competitive Gaming.

You’ve heard it before: esports is the next big thing which can’t be ignored, or so its stakeholders say.

Despite this, there are many considerations and concerns to be addressed before developing a sustainable esports offering.

In a recent webinar sponsored by SIS titled “Building an esportsbook”, a panel of experts discussed how operators should approach developing esports strategies.

Ian Smith, commissioner of the esports integrity commission (ESIC) moderated the session, opening with the importance of developing the industry in an authentic way and with integrity. As someone who came from a background of high-level and elite traditional sport, Smith initially shared the hesitation that many operators display against esports.

However, he feels the opportunity cannot be missed, and for operators who can’t grasp that, explains: “The guys who are at the top of the games we’re discussing today are as good at what they do as Lionel Messi and Ronaldo are good at football.

“If you don’t understand that you’re kind of missing the point here. It’s very competitive and therefore creates a compelling betting product.”

The intricacies of esports

There are many intricacies that an operator must consider when approaching esports.

Smith explains: “You really have to think of esports as an umbrella term covering a range of independent verticals and silos. Given that there’s no centre, the only way that you can ensure anything is on a voluntary publisher by publisher basis.”

Rohini Sardana, head of product propositions at SIS enforces this point, saying: “From a gameplay perspective, each game is different, and not just visually – how it plays, how the game itself interacts with gamers and how the controls work.

“Then you have game updates from the publishers, followed by rostered changes within the gamers and teams, so you have all of these challenges which inevitably when you come to build a betting product lend themselves to complexity in data integration and therefore, trading.”

Looking at the differences between bettors and communities in football and esports, Grant Johnson, CEO at Esports Entertainment Group Ltd estimates that a traditional sports events only have a small % say 20% who play (or played) regularly. With esports this is around 90% so the engagement level is much higher and more personal.

However, he explains: “When you go to an esports event, I would suggest that of the fans in the stands, probably 90% or more play the specific game actively and follow those players, so the engagement level is much higher, and it’s much more personal.”

The panel agreed that this high engagement level is one of the most significant considerations when building a marketing strategy for esports is authenticity.

Samuel Gomersall, sports integrity manager at Pinnacle, says the main difference between traditional sports and esports marketing is how you approach and engage them as a customer to begin with: “Traditional advertising doesn’t really work on the average esports fan. To interact with esports fans, you really have to go to where they are.”

He continues, highlighting that in esports’ infancy, fans did not have dedicated information sources, and so the community has grown to be independent and create its own sources. So, to deliver them effective messaging, he advises companies to hire staff with a background in esports.

Sardana continued this thread, saying: “The key is understanding that community. They will sniff out any unauthentic marketing. From a betting perspective there needs to be more than just offering them the prices, they also want data.”

When it comes to the offering itself, Gomersall says Pinnacle has learned a lot as an early entrant to esports betting. Initially, Pinnacle held much of the audience, but when competition grew, they had to consider their strategy more closely.

“We found ourselves losing customers for a little while, and the feedback we got was that they felt as though they were esports fans that just happened to be on a sportsbook website. We had to create an entirely different landing site for anyone who is predominantly an esports bettor,and split out our Twitter as well.

Johnson says one method Esports Entertainment Group has implemented to their marketing strategy runs along a similar vein to traditional sports betting – leveraging influencers and sponsorships, as well as the teams themselves. The difference, he says, are the possibilities in expanding these deals.

“What we have found is that in esports is we’re able to do revenue share deals. We’ve had some traction there – it’s early days, but these are some of the ways we’re trying to link with the community itself.” 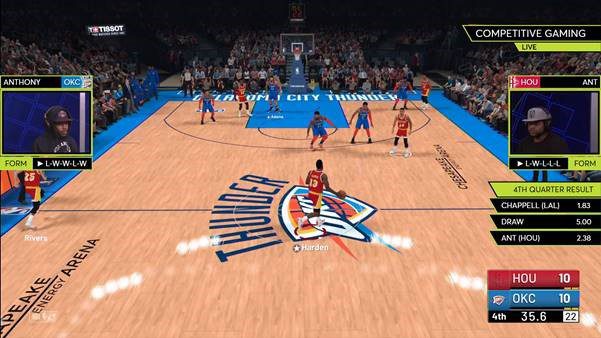 With this in mind, how can operators begin to tap into the market?

Sardana says that historically, there have been three different approaches for operators tackling esports betting.

The first, she explains, are esportsbooks and exchanges, such as Luckbox, which have a very clear target customer of esports gamers and fans, and thus a well-defined product catered to the specific needs of these bettors.

However, Sardana says, it is worth considering that this option means you are actively taking these bettors to a niche market.

The second route to market is what Sardana terms as an esports hub or lobby: “It’s a clear destination on an existing sportsbook for an esports gamer, where the content and language resonates with them. There’s only a handful of operators who are investing quite heavily in this, such as Pinnacle.”

The third is where Sardana feels much of the confusion around how to market esports comes from – taking esports data and just leaving it to exist somewhere on a regular sportsbook website.

Based on interactions with operators, Sardana has typically found this approach doesn’t hit the KPIs they were hoping for from a trading and margins perspective.

SIS has formed another solution type to address these challenges. As acquisition funnels are generally expensive, and in the case of esports, present a longer customer journey, Sardana says their product focuses on retention of existing customers.

Built specifically for sportsbooks, SIS Competitive Gaming provides operators with a schedule optimised for betting, as well as a direct live stream that negates the need to plug into Twitch or other streaming platforms, which also helps to prevent latency problems.

Based on their experience thus far in Europe, Sardana says that sports bettors are betting on these sports themed games more frequently than esports bettors are on traditional sports, and so SIS’ product capitalises on these trends.

For further insights and discussions from our expert panel, you can watch this webinar on-demand.