2 minutes read
Chinese lottery services provider 500.com has continued its expansion into the world of cryptocurrency with the acquisition of Blockchain Alliance Technologies, which owns BTC.com. 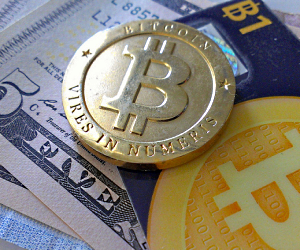 Under the deal, 500.com will issue 44,353,435 new Class A ordinary shares – representing around 10% of its overall share capital – to Blockchain Alliance in exchange for all of its shares.

In addition to the initial payment of shares, if the BTC.com mining pool business records a net operating profit in the fiscal year ending December 31, 2021, 500.com will issue further shares, up to a maximum of 22,176,718 if the profit totals $20m or more.

However, if the business makes a loss during the year, 500.com may repurchase shares in the initial payment for a price of just $0.00005 each. The amount of shares available to be repurchased depends on the size of the loss, with a maximum of 10% of the shares for a loss of $10m or more.

The deal marks the latest of several moves by 500.com to become a player in the cryptocurrency sphere, starting when it brought in Xianfeng Yang as its new chief executive in January.

Yang has experience in the cryptocurrency industry, having previously led the construction and operation of the Loto Interactive’s major data centre, which mainly handled cryptocurrency mining.

After announcing its intention to purchase around $14.4m worth of Bitcoin mining machines from unnamed sellers in January, it later agreed in February to acquire up to 15,900 more machines from two more sellers.