So you have some great games with good distribution, but your games still aren’t performing - so, what’s up? In another article on improving game revenues, Kevin Dale takes a look at the impact of account management on game performance 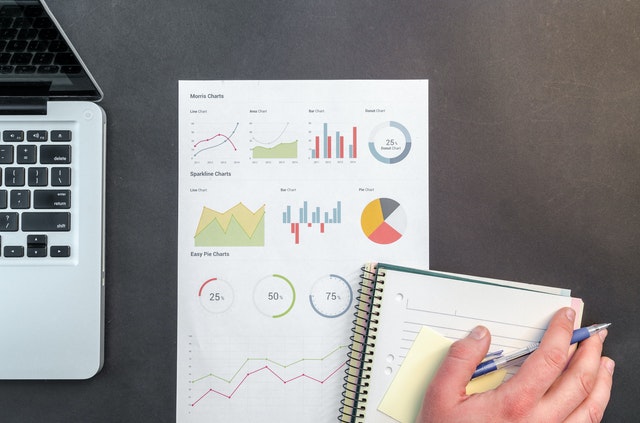 Take a look at these operator sites, for example, where the numbers of games, studios and game rankings are very different.

All other things equal, studios that have a high share of total games on the main casino page will have a higher share of user spend. Moreover, those games which feature higher on the page itself will attract more volume than those buried near the bottom. Note that low rankings are better, as they represent games that are higher up on the operator’s page – similar to the competition for eye level positions in supermarkets.

With an average of 800 games on an operator’s main casino page and 1,300 across all their pages, achieving both game penetration and high shelf position can make all the difference.

Clearly, there is a range of factors behind game ranking and game shares on operator sites but with careful filtering of the data by operator, by game type, by page type etc., it is possible to understand the impact of each.

Some sites such as Alpha Interactive’s 14red.com offer 1,000+ unique games which will appear more than once under different page filters or categories, such as ‘featured’ or ‘new’. Others such as 888 Bingo are more selective in terms of the number of studios and games that are offered to customers.

On 14red’s site Evoplay, Betsoft/Nucleus Gaming and Lucky have the most games available although Lucky’s 62 titles are all grouped near the bottom of a very long list, maybe because they are a new supplier to the group. Meanwhile, Flatdog, Booongo and Felix Gaming seem to achieve better page rankings overall for their games. Different charts would show that some studios have all of their games listed whilst others, which seem to have good presence, may still have less than 50% of their game portfolio available on site.

Meanwhile, on 888 Bingo there is far less competition for eyeballs. It is no surprise that their own in-house creations take a greater share of overall space on page, yet when this site was monitored, all of the titles they offer from Red Rake Gaming were at the top of the page, having been featured in the ‘new’ section. Whilst the titles themselves were not new, the game studio and its games were new to the users. Studios that benefit more longer term from 888 Bingo’s page categorisation are IWG (Instant Win), NextGen Gaming (Scratchcards) and Endemol Shine (DOND).

For any site, the potential to be included in such ‘new’ or ‘featured’ sections is key. Some studios can dominate a category and others, such as Playtech, NetEnt or Microgaming, even manage to have a ‘tab’ or category of their own on some igaming operators.

Across all operators a handful of studios always achieve good rankings by virtue of having their own sister operator arms (Gamomat, Slot Factory, 888 and Merkur). Outside of this group, there are others which seem to outperform their bedfellows including Endorphina, Slingo Originals, Relax Gaming, Saucify, Eyecon, WorldMatch, Quickspin, Hacksaw Gaming and Yggdrasil.

Whilst long and painful, getting your games integrated with an operator is just the beginning of the process. Thereafter, great account management can make all the difference to the percentage of your games that are listed on a site and their prominence across all pages or subcategories.

Some operators let the games settle into their ‘true position’, based on either turnover, gross/net revenues or active sessions. On these sites the performance of your games will be more heavily influenced by game quality and game features (one for the next article in this series). Good launch performance will lead to greater prominence on site, which in turn leads to more gameplay and thus greater longevity of revenues.

Other operators take a view on how to rank games and studios across their sites, based on their experience or knowledge of their customers. Most are influenced too by the margin that they make on individual games or studios. Finally, game suggestion algorithms using customer game history and/or feature matching may play a role.

Regardless of their game prioritisation method, operators will favour studios where the relationship is strong, and this is something that can be influenced.

Good account managers make it easy for operators to promote their games, providing them with a variety of game assets such as promotional videos, banners, stats, features and copy. They have detailed knowledge of the studio’s broader B2C advertising, which helps to create the pull demand amongst end users. They are armed with stats, which show how shared functionality, such as jackpots or leaderboards, impact on game performance and customer retention.

They will push for greater exposure on ‘new’ and ‘featured’ pages, on operator emails and across promotional events. They are adept at cross selling games onto other product tabs, such as bingo lobbies or mini-games on sportsbook homepages. They have the ability to offer special terms on specific games, all within the boundaries of the broader agreement.

Crucially, they are targeted or motivated by performance and rewarding their effort on game ‘exposure’ or share of voice can work especially well. A change in operator NGR can be attributed to a whole host of factors, such as the speed of studio game output, game design and the operator’s own bonus strategies or VIP volatility. In contrast, content listing and site exposure are more within the sphere of influence of account management – and thus something that can be monitored via game ranking and game coverage data.

Where the relationship between studios and operators is indirect via an aggregator, then the same activities above still apply, but the approach is one step removed.

It is not enough to simply launch games across existing operators. The average operator has 30 studios and 1,300 games on its website. For your games to stand out from the crowd, good account management can make all the difference.

Interestingly, the top studios by page rankings are not all the same studios, which have the broadest distribution in terms of numbers of operator listings. Some studios seem to perform better in terms of achieving high coverage and placement on sites where they are listed, whilst others which do not necessarily perform so well per site, are able to cast a wider net.

Kevin is the co-founder of eGaming Monitor. He was previously CEO of Gameaccount (now GAN plc) and CMO at Eurobet, Sportingbet and Betfair. Egamingmonitor.com is an advisory firm to the gambling industry, with proprietary data covering 30,000 games from 1,000 suppliers across 1,000 operator sites.

Photo by Lukas from Pexels