Shareholding now amounts to almost 5% of the company 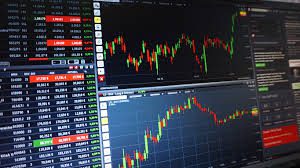 US investor Jason Ader has spent more than $100m (£76.9m/€85.6m) over the last few weeks to increase his stake in Playtech to almost 5%, amid reports that he is seeking to challenge corporate governance at the firm.

Springowl Asset Management, the New York hedge fund led by Ader, carried out a series of share purchases in recent weeks, despite questions about the firm’s future due to financial losses.

Last week, Playtech reported a 38% year-on-year drop in adjusted net profit on a constant currency basis to €83.3m in the first half, while earnings before interest and deductions also dropped 13% to €145m.

Playtech’s share price has also plummeted almost 50% over the past 12 months due to ongoing concerns over its position in the market.

Speaking to The Times about his recent purchases, Ader said the company needs to “improve its reputation, governance and stock price”, adding that he is looking forward to “continuing a dialogue” with its board.

The Times also reported that while Ader’s initial focus is corporate governance, the hedge fund could seek to use its minority holding to push for asset disposals or potentially a sale of the company.

Ader previously played a major role in the sale of bwin.party to GVC Holdings.

In terms of senior management at Playtech, Ader is understood to have concerns over Alan Jackson’s position as chairman.

Jackson has recently been linked with a move away from the firm following the arrival of Ian Penrose, the former chief executive of Sportech, as a non-executive director, earlier this month.

The Times also suggests Ader remains uncertain over the continued involvement of Playtech’s founder Teddy Sagi. The Israeli billionaire launched the company in 1999, but has gradually sold off his controlling stake in the firm, now holding just 6.3% of shares.

A Playtech spokeswoman said: “We continually engage with our shareholders and value their feedback.”