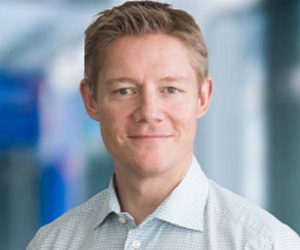 The controls were imposed from 2 July and had been due to run until the end of the year, but the government said it was keen to extend the restrictions due to an ongoing rise in positive Covid-19 cases in the country.

ATG backed the measures when they were first introduced and has continued to support the government.

Chief executive Hans Lord Skarplöth (pictured) said though the measures are necessary to protect players during Covid-19, he repeated calls to introduce a new mandatory loss limit in Sweden, saying that this would protect vulnerable people both during and after the pandemic.

ATG already has in place a mandatory loss limit for online casino customers in Sweden.

“I was one of those who applauded the restrictions when they were launched,” he said. “Although I still believe that a mandatory loss limit at online casinos would have been more effective than the current deposit limit.

ATG’s support for the proposed extension comes after Swedish operator body Branscheforenigen för Onlinespel (BOS) yesterday (10 November) hit out at the plans, going as far as calling for the measures to be withdrawn.

BOS said the measures were originally introduced ahead of an expected spike in online casino gambling during the Covid-19 pandemic, something it said did not occur.

The association added that by extending restrictions, this could see high-volume players move between different operators to avoid the deposit limit, making it difficult for operators to monitor behaviour, as well as force users to unlicensed not required to follow Covid-19 measures.

Meanwhile, ATG has expanded its sports betting offering with the addition of new virtual sports games from Kiron Interactive.

ATG players in Sweden will now be able to place bets on virtual sports based around football and ice hockey, as well as updated versions of the trotting and galloping virtual sports it had been running for a number of years.

“We see virtual sports as an exciting complement to our current range of games,” ATG’s head of sports betting Christian Erlandsson said. “It is a new, more modern experience; we have Swedish commentators on English football and ice hockey, as well as horse racing.”