The launch of legal igaming in Sweden has been a reality check for an industry grappling with stricter approaches to regulation and proved more fraught than it would have liked. But Camilla Rosenberg, director general of the country’s gambling regulator Spelinspektionen, argues it has strong and constructive dialogue with the sector. And, she adds, it’s only the first stage in a process that faces yet more twists and turns ahead. By Robin Harrison 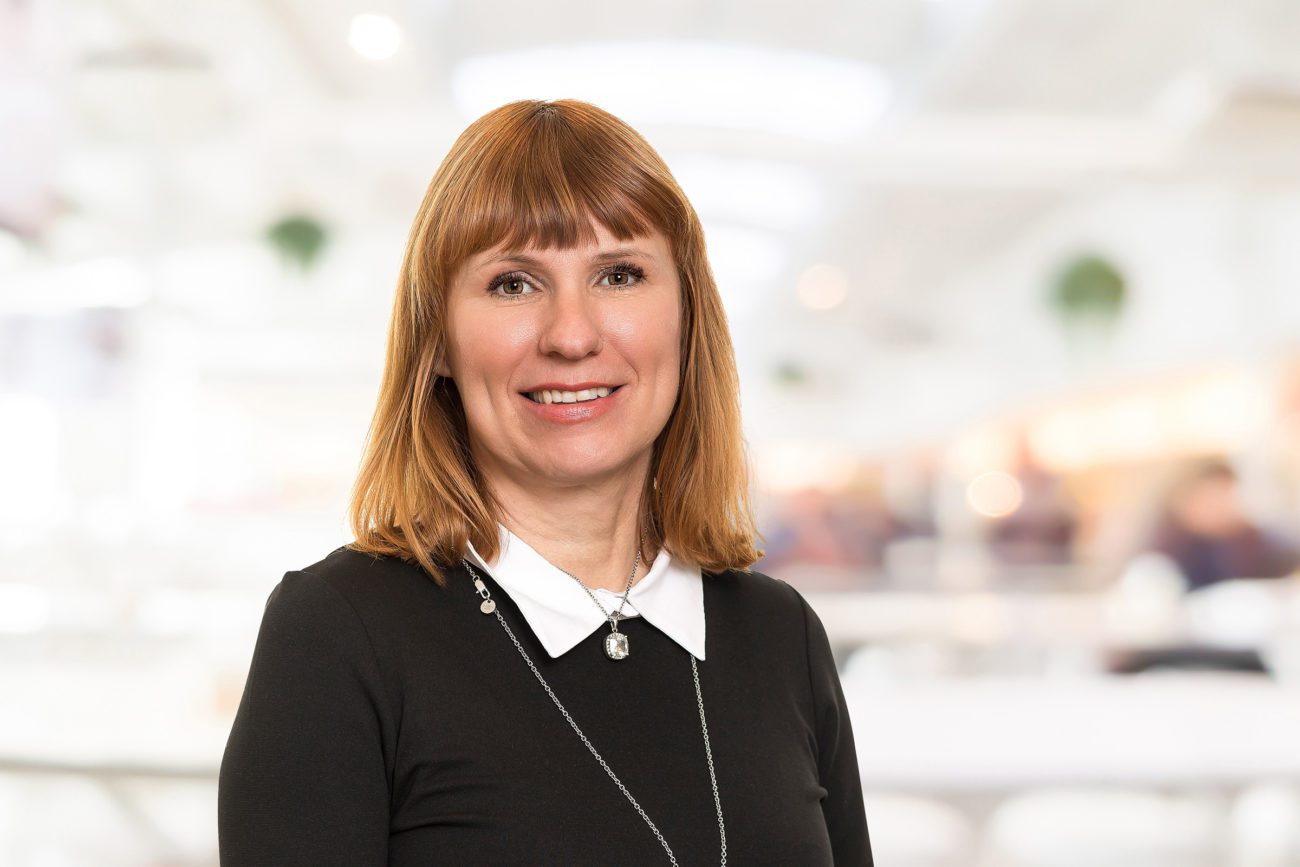 The launch of legal igaming in Sweden has been a reality check for an industry grappling with stricter approaches to regulation and proved more fraught than it would have liked. But Camilla Rosenberg, director general of the country’s gambling regulator Spelinspektionen, argues it has strong and constructive dialogue with the sector. And, she adds, it’s only the first stage in a process that faces yet more twists and turns ahead.

By the end of 2019, bemoaning the fact that the long-awaited launch of regulated igaming in Sweden had turned into a nightmare for operators and became something of a mantra for many commentators.

The first full year of regulation saw the Swedish Gaming Authority (Spelinspektionen) take a particularly strict approach to keeping operators in line. A steady flow of fines – and in one case a licence revocation – followed. And the negative developments for the industry have continued into 2020.

It’s been a fast-moving and fraught process. And critics have claimed that Swedish players are being pushed to the black market by an overly aggressive government and regulatory authority.

On the other hand, Sweden’s approach could be viewed as an example of a new, stricter way of regulating, in a world where the industry’s public standing is much diminished. The Dutch regulator sees Spelinspektionen’s approach as one to emulate, after all.

The regulator’s director general Camilla Rosenberg admits that operators definitely were not prepared for Spelinspektionen’s approach to enforcement.

“I also think they were unaware of differences in Swedish regulations when it came to consumer protection and other areas,” she says. “Maybe they didn’t have the time or opportunity to put effort into looking over the regulations, or simply expected it to be more similar to Denmark or the UK.

“That could have been part of the problem, them not actually realising they were violating rules.”

This was not all down to the regulator spotting something it didn’t like and acting fast. The public regularly flagged issues and operators’ wrongdoing. These tips from players often prompted the investigations and eventual punishments.

“It was difficult to have an idea of what would happen in the new market, and due to Spelpaus we got a lot of information from the public on what was working and what was not,” she explains. “We didn’t know what to expect, and started to discover multiple violations. Some people think we didn’t do enough, while others thought we were too aggressive.”

Industry fightback
It’s not one-way traffic; the industry has pushed back.

There has been a stream of criticism from operators which has now reached the point where the industry is bluntly claiming the authorities are risking having licensees cede the market to the offshore operators.

The public statements from both sides often look particularly harsh. Branscheforenigen for Onlinespel (BOS) has been unstinting in its criticism. Many felt the conclusion of a Spelinspektionen report – that the industry was not used to such rough treatment – was seen as dismissive of regulated businesses.

“In my opinion we have good discussions and exchange of information [with BOS and Spelbranschens Riksorganisation] on the conditions and challenges of the industry,” Rosenberg says, however.

“We think the dialogue works well and that there is a mutual respect between the industry and Spelinspektionen.”

Furthermore, operators are not taking the fines issued by Spelinspektionen without complaint. Rosenberg estimates that there are up to 50 ongoing court proceedings. Almost every sanction handed out has been challenged by the industry.

In December 2019, it emerged that only Paf had paid its fine. It’s unlikely that number has grown. The appeals process could move through a number of courts, meaning it could be five years before fines are paid.

This doesn’t frustrate Rosenberg. “I think it’s part of the game,” she says of the appeals process.

“It’s framed legislation, so it needs to be decided by the court how to interpret certain regulations. What is a bonus, for instance, and whether offering something violates the terms.”

She argues the courts, regarding challenges to licence durations, have confirmed Spelinspektionen’s decision-making process.

This saw a number of operators have their licence duration cut below the full five years, often for financial weaknesses. Some of the regulator’s decisions have been overturned, while other licensees have had their licence terms extended – but kept below five years.

“The important thing is the court has ruled we are justified in restricting licences for applicants,” she says. “The court says that is appropriate if certain things are not in place, when the operator is applying.

“So by limiting it, the court [effectively] ratifies the process.”

Name of the game
In Rosenberg’s eyes, the re-regulation of a market is an ongoing process that takes years to finalise. She says it will be “a couple of years” before this process actually comes to an end. Constant change is the name of the game.

In the energy industry – where she worked for regulator Energimyndigheten prior to joining Spelinspektionen – re-regulation began in the late ’90s and took “a long time” to get the market functioning as desired.

“Since this has been done in an extremely short time, both for us and the industry, there is an ongoing inquiry regarding the gambling market, which started right away,” she explains. “They are looking at marketing [in this review], for instance, and there is an ongoing three-year evaluation to assess the new regulations and how the market is working.

“That will give a lot of input to politicians, and there will be new regulations in future – I am sure of it.”

Rosenberg says nothing currently limits the volume of advertising, and that after an initial surge that prompted its warning, there has been a balancing out, even a reduction. However, this could be a result of it shifting to social media, or other below-the-line channels.

“It will be very interesting to see what measures they advise,” Rosenberg says. That report is due in October this year. As she says, it’s an ongoing process.

“Patience is really a virtue when it comes to re-regulation,” she says.

Covid controls
Yet the sudden and brutal advent of Covid-19 has prompted a step that many stakeholders feel goes too far. Minister for Health and Social Affairs Ardalan Shekarabi, the architect of Sweden’s regulated igaming market, proposed a series of stiff restrictions for operators.

This includes a weekly deposit limit of SEK5,000 (£411.36). Sign-up bonuses would be capped at SEK100 per customer. Mandatory limits on playing time are also likely, while the government will explore restrictions on return-to-player (RTP) rates.

It will be Spelinspektionen that is responsible for enforcing these new controls. Should they be implemented – and industry commentators believe this to be highly likely – the controls will be enforced until the end of 2020. This has prompted much of the industry warnings.

Some operators have already dismissed any talk of an uptick in online casino play. However, Rosenberg claims there are “very early indications” that turnover has increased.

“These are very early indications and it is a little early to say really,” she adds. “We are awaiting figures for April 2020 to learn more.”

If regulation is indeed an ongoing process, however, that sort of action has to be followed up by an industry reaction explaining why certain ideas do not work.

This is evident in the proposals to restrict betting on rule violations in sports.

“It’s to protect the integrity of the games and of course underage people,” she says, admitting it’s a difficult issue. BOS was quick to condemn the proposal as effectively decriminalising match-fixing.

“Oh, that one’s interesting,” Rosenberg says when BOS’ comments are put to her. “That needs another court ruling to say whether that’s actually the case.

“So it’s not 100% certain that their interpretation is the right one, but it could well be,” she admits.

“The likes of BOS are expected to share their opinion, and we will take that into consideration and see whether we should actually develop new regulations or change the existing regulations.”

It’s a difficult case, she adds, possibly the most difficult aspect of Spelinspektionen’s remit. And the industry’s “unambiguous” reaction to these restrictions has at least prompted a rethink, albeit for a bid to limit betting to the top four tiers of football leagues and ban betting on friendlies.

Again, Rosenberg says, this an example of the fluidity of regulations. By gathering industry feedback, the regulator can better understand the potential pitfalls of its approach.

“It is important to hear the views of various stakeholders,” she says. “As I mentioned earlier, we will see what results come from the referral procedure.”

Looking offshore
These proposals have all prompted warnings from the industry of licensed operators being forced out of the market, with studies suggesting channelisation rates are falling as players migrate to offshore operators.

“We did this survey last year that said 17% of the people gambling online don’t know if they are playing at a licensed operator or not, whereas 3% said they are knowingly playing with unlicensed sites,” she says. “So, what does that mean?

“The 17%, one interpretation could be they need more information to choose a player within the licensed system, or they are choosing one within the system because it takes more effort to find an unlicensed operator.”

It will follow in the Netherlands’ footsteps by monitoring unlicensed companies offering their sites in Swedish, and local payment solutions. This will be supported by the Swedish police and prosecutors, the Consumer Authority and the Financial Supervisory Authority.

Spelinspektionen will also work with regulators in other jurisdictions such as the Malta Gaming Authority and the Gibraltar Ministry of Commerce’s Gambling Division. This will increase the pressure on unlicensed operators in multiple territories.

“[In the] inquiry prior to the new Swedish Gambling Act, they did a lot of work and shared a lot of information to different regulatory bodies, and I think all of us agree that cooperation is a very important part of what we do,” Rosenberg says. “We can also put a lot of pressure on operators if we work together.

“Now we’re working closely with Malta for instance, [so] if an operator loses their licence in Sweden, it might be a small country, but if we are passing information to the MGA, it risks a much bigger impact.”

It has proved much more difficult for operators than anticipated, but at a time when markets that have long been regulated have turned to stricter approaches, Sweden feels increasingly like a test case for a new normal for the industry.

Rather than railing against the unfairness of it all, it might be a case of learning the lessons Spelinspektionen is teaching.