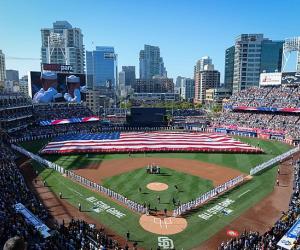 Betcris has signed a multi-year international partnership with MLB in Latin America, meaning it can use the league’s logos on its website and mobile app.

International broadcasts of MLB Jewel Events and postseason match-ups will feature marketing and advertising of Betcris in Latin American countries and territories where the company is licensed and regulated.

In addition, Betcris and MLB will also collaborate on best-in-class practices to protect the integrity of baseball games.

“Partnering with MLB gives us a great competitive edge and reflects the dedicated efforts we have undertaken to be a leader in sports gaming,” said JD Duarte, Betcris’ chief executive.

“This partnership will strengthen Betcris’ position in the gaming industry by allowing us to cover all the action in the field and it could not come at a better time.

“We share a vision with MLB to deliver fun and exciting content to our audiences and that starts with the 2020 season.”

The partnership with Betcris is quite a turnaround for the MLB, which until 2017 led the fight to maintain the Professional and Amateur Sports Protection Act (PASPA) and restrict sports betting in the US.

Betcris, which is based in Malta and owned by Costa Rica-headquartered TV Global Enterprises, counts the US as a restricted country and does not offer services to players there. It operates in nine Latin American markets, including Mexico, Peru and Panama.

“Some of MLB’s most loyal fans reside in Latin America, so it was important to partner with the right gaming operator in the region to engage those passionate fans and also help us reach new audiences,” said Kenny Gersh, executive vice president of Gaming and new business ventures at MLB.

“Betcris has taken great strides in recent years to listen to their users and continually offer great services and we believe their experience will only further elevate the engagement opportunities for our Latin American fans.”

Earlier this week the MLB signed an international partnership with Tabcorp in Australia. Its season is due to get under way on 23 July.

In May, Betcris joined the International Betting Integrity Association (IBIA), becoming the first local operator in the Latin America region to become a member of the integrity watchdog.