3 minutes read
Long-standing contracts with ITV and Channel 5 to expire in the coming year, but online brands SuperCasino Jackpot247 will continue 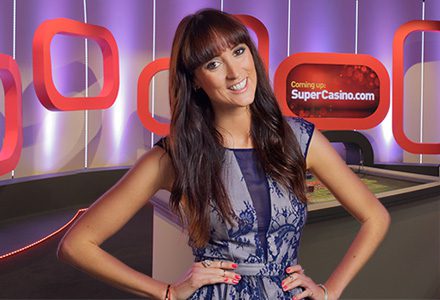 Betsson has confirmed that its NetPlay subsidiary will not be renewing its television contracts with UK broadcasters ITV and Channel 5 as it prepares to close the division's London office.

Betsson is to close its underperforming subsidiary's office in London, with approximately 40 employees told their roles are under consultation for the next 12 months. Staff have been spoken to collectively and individually about opportunities at the company’s Malta office.

NetPlay’s online brands SuperCasino, Jackpot247 and Vernons will be maintained following the office closure, with responsiblity for their operation transferred to Betsson's Malta office.

However, the long-standing agreements to broadcast interactive gaming programmes SuperCasino on Channel 5 and Jackpot247 on ITV – which carried over when Betsson bought NetPlay for £26m (€29m/$33m) in March 2017 – will come to an end in 2019.

“We have taken the decision not to renew with the TV channels,” Roderick Spiteri, Betsson’s head of external relations, told iGamingBusiness.com. “After the TV contracts expire we will move the operations to our Malta office and keep operating the brands from there.”

NetPlay first partnered with Channel 5 in 2009, then ITV in 2010. SuperCasino and Jackpot247 air each night for around two hours on the free-to-air channels.

NetPlay delisted from the London Stock Exchange following Betsson’s acquisition in early 2017. At the time then-Betsson CEO Ulrik Bengtsson said the deal is “a good example of our strategy to acquire subscale operators where integration with Betsson’s systems and processes can realise synergies”.

In its H1 interim report, Betsson said NetPlay had a negative impact on operating income, with the business, and that of Premier Casino, posting a loss of SEK53.5m (€5.2m/$6.0m) in the first quarter of the year.

Despite this, Spiteri said Betsson is still confident it can make a success of the NetPlay brands.

“The performance is on the lower side of our expectations however we always had a long-term outlook for the brands and believe we will eventually be able to bring up the performance,” he said.

The end of the TV deals are the latest decisive steps taken by Betsson since it commenced its ‘back on track’ strategy following a series of poor financial performances.

At the start of this year Betsson announced around 160 redundancies at its Malta headquarters as part of a plan to save SEK50-60m annually. Following a focus on product enhancement and marketing rather than M&A, the company announced an increase  in revenue and profit for the third quarter, thanks to improved betting and casino performance across Europe and the key Nordics region.

The company is now preparing for its launch in the re-regulated Swedish market after obtaining a five-year licence.

“Sweden is the big one for us in 2019,” Spiteri said. “M&A remains on hold in the main for now, as we focus intently on our existing products and the back on track plan.

“Efficiency is the keyword in our back on track plan. We have been working towards increasing efficiency and performance in several parts of the company, most notably the product and marketing area.”