2 minutes read
The British Horseracing Authority (BHA) has welcomed the government’s roadmap for the easing of restrictions related to the novel coronavirus (Covid-19), saying it will work with authorities to allow spectators to safely return to racing events as soon as they are allowed. 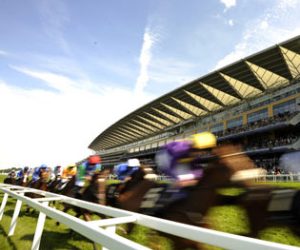 Prime Minister Boris Johnson yesterday (22 February) set out how measures would be eased in a phased approach, allowing business and venues to reopen over the coming months, with the aim of removing almost all restrictions by 21 June.

Betting shops will be permitted to reopen during stage two of the roadmap, which is due to come into effect no earlier than 12 April, while other gaming venues will reopen in phase three from 17 May.

Sporting events will also be able to welcome spectators during phase three, with indoor events limited to half capacity or 1,000, and outdoor events half capacity or 4,000 people. However, for larger venues with a capacity of 40,000, then up to 10,000 fans will be permitted.

The BHA welcomed the plans, setting out how the racing sector has been hit hard by Covid-19 measures. Racing was initially halted during the first UK lockdown in March last year, and did not resume until June, but fans have remained absent, with the exception of a small number of trial events.

“The whole sport has worked hard to abide by our race-day protocols to allow racing to continue behind closed doors and support the many livelihoods that depend on our industry,” the BHA said. “British racing’s classification as an elite sport made this possible.

“But we do miss owners and we do miss spectators whose presence at meetings contributes so much to the thrill of our sport.

“We have already introduced additional measures to reduce the risks of transmission of the virus and have further options under consideration. We will now engage with government to highlight our ability to move beyond the current limitation on essential staff only as soon as that is possible and allow the return of owners.

“We have further discussions with officials scheduled, which will enable us to draw up specific proposals for race meetings, including potential pilot events.”

The roadmap only applies to England, though similar plans are expected to be put in place by the governments of Scotland and Wales in the coming days.

The BHA added that while the publication of potential reopening dates is a “very positive” sign, the ongoing absence of fans continues to place financial pressure on the racing sector, which is in need of more support as a result.

“This has been exacerbated by the closure of betting shops,” the BHA said. “Our financial discussions with government are ongoing.”