Red Tiger chief executive Gavin Hamilton argues that NetEnt’s £200m deal for the slot specialist wasn’t a result of market forces. However, he adds, those forces mean it might have come at a perfect time. 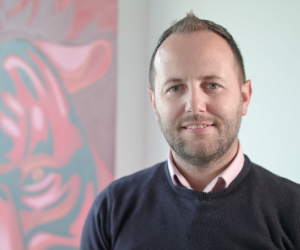 Red Tiger chief executive Gavin Hamilton argues that NetEnt’s £200m deal for the slot specialist wasn’t a result of market forces. However, he adds, those forces mean it might have come at a perfect time.

Red Tiger Gaming’s sale to NetEnt could easily have passed for a well-timed strategic move for the Isle of Man-based slots supplier.

In a year dominated by mergers and acquisitions, both on the operator and the supplier side, Red Tiger’s decision to join a larger entity such as NetEnt seemed in line with market trends. The wave of consolidation sweeping the industry, coupled with increasingly tough competition in the slot development space, has already prompted many to strengthen through M&A.

Red Tiger, however, has always been something of an outlier, capable of cutting through a crowded marketplace to reach consumers and emerge as a key partner for operators. Ultimately, chief executive Gavin Hamilton says, it was a case of its founder Nick Morn deciding to move on, rather than a reaction to market forces.

But, Hamilton explains, that doesn’t mean the deal didn’t come at a convenient time for Red Tiger.

“Timing wise though, it might just prove fortuitous because this trend is only going to accelerate rather than decelerate and I think we’ve found the best partner,” he says. “There were only a few of these deals that make sense and I would hate to be in the position two years down the line, three years down the line where we need to find a partner, coming late to that wave of consolidation.

“It certainly wasn’t planned that way though, we just happened to come to an agreement with someone who delivers what we want, where we had the right chemistry between management teams.”

Survival of the fittest
To Hamilton, the approaching 2020s look likely to mean more regulation and more tax, meaning more pressure on Red Tiger’s clients. In that scenario, it’s survival of the fittest, and Hamilton said he believes larger scale can be crucial in coming out on top.

“I believe that more taxes and more regulations will inevitably mean more pressure on margins at the operator level that will force operators to be more discerning about the suppliers they work with,” Hamilton explains. “You are going to see a greater move towards a smaller number of operators at the top end dealing with a smaller number of clients who are able to serve these complex markets. I believe we’re going to be winners out of that.

Hamilton points out that the idea of working with 30 different suppliers in 30 different jurisdictions is unsustainable.

“The dot.com model, the one-size-fits-all model is not the way the world is going to look in a couple of years time.”

Yet while scale was the primary factor, NetEnt still needed to distinguish itself from other big suppliers, especially as Hamilton notes that Red Tiger attracted plenty of interest.

“The reality is that we’ve been a very high-growth business for the last couple of years and we’ve made a name for ourselves in the industry,” Hamilton says. “There have been plenty of approaches over the years. We were very clear about what we wanted to see from our potential partners but the conversations with NetEnt were just very easy.”

“I think from the outset, before the conversation even started, we had some ideas in mind of what would be important to us,” he continues. “Maintaining our brand’s identity, having autonomy over commercial relations, these were things we identified from a management perspective as important to us for us to be able to deliver our plan and execute our vision for the company but with access to their resources and scale.”

They found this in NetEnt. Hamilton notes that the management teams shared a vision, with a clearly defined role for Red Tiger, something he says was particularly reassuring.

The fact the two companies’ strengths lay in different areas made them perfect partners, he adds. From Red Tiger’s point of view, the markets of Italy, Spain, the Czech Republic and the US are all appealing options post-acquisition.

“We’re strong in markets that NetEnt’s historically been not so strong in,” he points out. “We have strong relationships with some customers that NetEnt haven’t. When you look at the two businesses they’re actually quite complementary.”

As Red Tiger looks back on its five-year anniversary, Hamilton said the company has already seen plenty of shifts in the industry, culminating in the past year, in which it produced 36 games, up from 24 the previous year, and integrated more clients than the previous four years combined.

If Hamilton’s predictions for the years to follow prove correct, he believes things might have fallen into place for Red Tiger to take advantage of the following five years.

“These are the benefits of just being bigger,” Hamilton says. “In a world where more markets are regulated, the world’s becoming more complex and our operator clients are salivating, expecting their partners to be with them in every market that they’re in and locally relevant to their customers where that’s important. That requires a degree of scale to do that.”