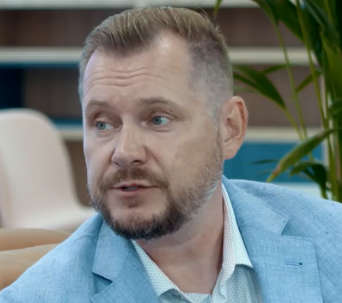 Play'n GO's recent collaboration with doom metal band Candlemass was a great opportunity to learn more about the supplier's commercial and creative ambitions, so iGB deputy editor Hannah Gannagé-Stewart travelled to the slots provider's new offices in Malta to find out more.

Doom metal may not be the first thing that jumps to mind when you think of slot games, but when iGaming Business visited Play’n Go’s new Malta base in June, an unlikely symbiosis was being forged between the two.

While NetEnt has licensed IP from Motorhead, Jimi Hendrix and Guns’n Roses in the past to create music-themed slots, Play’n Go has taken the music branding idea even further, collaborating directly with Swedish metal band Candlemass.

The band, which was a founding force of the doom metal scene in the 70s alongside British rockers Black Sabbath, has written the full soundtrack to Play’n Go’s House of Doom slot as well as lending its brand to the game and feeding into the look and feel of the end product.

An EP of the same name has been released, promoting the collaboration among fans and through the metal press, and a nine-minute vinyl version featuring Ghost’s ‘Pope’ frontman Tobias Forge, is only available through the game.
It’s a bold collaboration, which Play’n Go chief executive Johan Törnqvist says could have been “quite restricted” if the supplier had opted to go down the usual IP route. “We felt that we wanted to do something else,” he explains. “Something with more artistic freedom and definitely more involvement of the actual band, and here we have an amazing collaboration”.

Branded games are not new to Play’n Go, the supplier famously secured IP deals to feature Scandinavian TV troll Hugo in games in the past, but House of Doom was conceived as a true collaboration. “Working with the band on the feeling, the theme and the music, being in their studio, and having our producers work very closely with the band is really something of an amazing journey. That’s what creates the creativity and the entertainment value that we believe this type of collaboration can do,” Törnqvist adds.

The band’s songwriter and bassist Leif Edling admits he was hesitant about tying up creatively with an igaming company when the idea was first pitched to him but has been pleasantly surprised by the reaction of fans.
“It was such a good idea to base it around Candlemass, it was interesting for me as a songwriter and as a new promotion tool, as we prepare to make another record,” Edling says. “I’m very interested in how to promote stuff when it’s not the 70s or 80s anymore and the record companies have zero money for marketing. I see it from that point of view”.

Törnqvist is tight lipped about other bands that may work with the supplier in future but is clear about where the alchemy lies in such partnerships.

“If you have a great band with great music that really wants to collaborate then that’s where you have the magic,” he says.  “It doesn’t have to be the latest hit song, it’s about the magic between the people that create it”.

Climbing the charts
The increased investment in its products, married with a growing emphasis on mobile products, means that after 13 years in the market, Play’n Go is starting to see marked growth. “We are investing heavily in people and, in terms of offices, we are growing pretty much everywhere that we are based today. I don’t think we will be opening any new offices in new locations,
but we are definitely expanding the ones we have,” he says.

HR business partner Liana Mifsud is at the coal face of that growth and says that bringing the right people in at the right time has been the key to managing that expansion successfully. “We’re growing fast, but at the right pace. We have vacancies all the time but we are growing the teams little by little,” she says.

“We are not bringing in 20 people at one time. We add them little by little, train them in that team, and then we keep going”. Having also seen the client base grow substantially in recent months, global account manager Lena Yasir’s team has seen several new arrivals, growing from just four people two years ago to 14.

Responding to the growing demands of the client base, she has recently restructured the team to ensure clients have access to the same service they did when the company was smaller. “We now have different tiers of account managers, we have senior account managers that take care of three clients usually, and these are our main key accounts,” she explains.

New frontiers
As part of this growth, Play’n Go has an eye on new markets. It is making an assertive push into Latin America, starting in Mexico early this year with a content deal with Logrand Entertainment Group. “We believe that there’s a great opportunity there, especially with our omni-product and the online business,” Törnqvist says.

Omni-channel is another space that Play’n Go feels it can make its mark going forward. Törnqvist says the company has been successful in bridging the gap between land-based and online. “We are trying to break new ground and to create something that’s not there today and with our omni product,” he says. “With the combination of a state of the art online system, games bridging the gap to land-based and having the same product available in all these different channels.”

He does not see Play’n Go reducing the number of games it produces each year but says the quality and entertainment value of those games has to be paramount. In a nod to the Candlemass collaboration and the likelihood of us seeing more of the same from the supplier in future, he adds: “We can definitely move towards creating more series of games, and building up a demand from the player community – we feel that is a huge opportunity in the future”.

Finally, the supplier’s spiritual home Sweden is on the verge of regulating. Törnqvist welcomes the clarification the new framework will bring, and is hopeful for a smooth transition given it is likely to be heavily based on the UK and Danish models. “It will help in terms of the marketing,” he says, adding that the Swedish government’s work to tackle gambling addiction is “a huge step forward”.