Fish 1, Santa 0, and it’s not just Mariah Carey whose back catalogue gets dusted off each year… Kevin Dale takes a look at the Christmas charts, plus of course the usual top games worldwide and dealmaker charts. 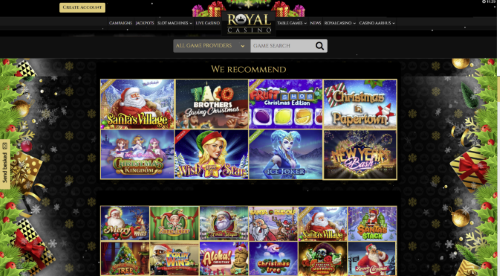 The newest member of the Big Bass family, Christmas Big Bass Bonanza, not only topped the Christmas charts (see below) but also made the podium on our main games chart.

Hedging their bets, Pragmatic Play had also launched Santa’s Wonderland this year, and whilst it performed well, it was only ever going to be a fishy Christmas. Two of their Christmas titles from previous years also made the main games chart.

Whilst not exactly a Christmas game as such, Arctic Enchantress from Microgaming performed well and the slightly broader, wintry theme gives it a chance at longevity through Jan/Feb. Book Of Gold: Double Hit is Playson’s latest spin off, yet it was the older “Double Chance” version that made the charts. The only other newcomer this month was Sahara Riches from Playtech.

As for the charts with a Christmas-themed overlay, four major players – Pragmatic Play, Inspired Entertainment, NetEnt/RedTiger and the Microgaming family – divvied up the spoils. All of these studios launched new titles but importantly, rolled out those from previous years too, and with considerable success. It’s not just Mariah Carey, Slade and the Pogues whose bank stockings are stuffed via the back catalogue…

But to ensure variety (as per Valentine’s Day), we have limited our official Christmas chart to the top-performing title from each studio (max 1 per studio). Performance is based on game distribution across 1,200 operator sites.

We monitored around 300 Christmas-themed slots this year and 65 of these were launched in the last couple of months. Some studios understandably cut corners by releasing ‘Xmas Editions’ of existing titles (Spinomenal released a whole suite of these). Meanwhile, those who launched a bespoke Christmas hit will no doubt be looking to amortise costs by dusting it off later this year and next…, like those baubles in the attic.

Focussing just on Christmas titles that were launched at the end of 2021, it’s good to see some variety in the lower half of our new Xmas release chart.

On the deals front, Red Rake Gaming remains the top studio in terms of distribution deals.

Meanwhile, Groove Gaming and Slotegrator have been busily plugging in new content and so now share top aggregator spot with Salsa Technology.

Wrapping up this month’s review is a nod to other game types: Real Christmas Roulette (Real Dealer Studios) launched this year and so too the first ever Christmas crash game by Gaming Corps. Ho Ho Hodl sees Santa launch his sleigh into the skies with rocket style cashout/crashout decisions in a countdown to Christmas.

Happy New Year to all!

***The games chart here excludes live games and table games. Game rankings are determined by the number of game appearances on the casino homepages of more than 1,000 casino sites. To access many other charts including game rankings, live and table games, positions on subpages or to filter by operator type and size, ask for our demo from our partner, egamingmonitor.com, which covers 32,000 games, 1,200 suppliers and 1,000 operators.