Having rebranded as Bayes Holding, the business formerly known as Dojo Madness believes it can provide the standard of data that could potentially spur on growth in the esports betting market. 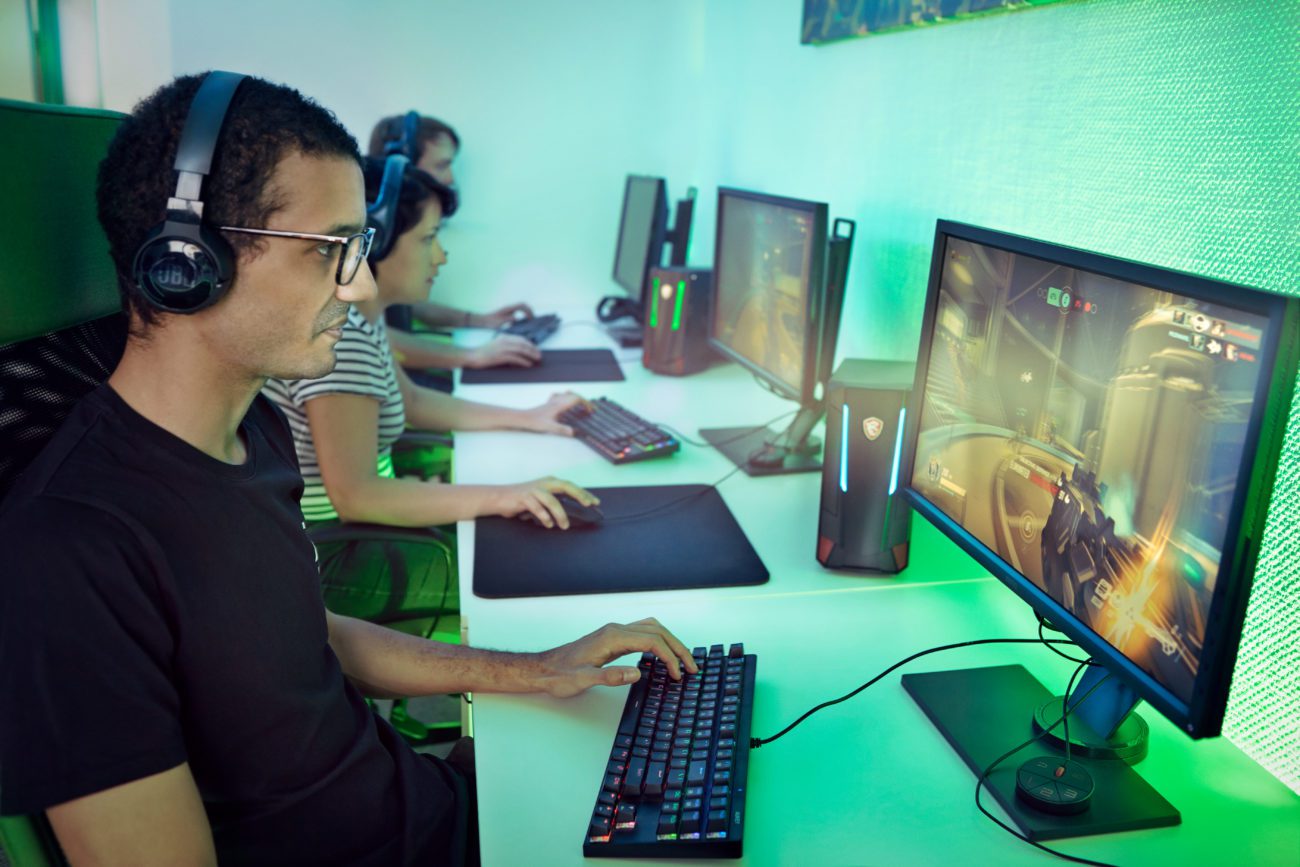 Having rebranded as Bayes Holding, the business formerly known as Dojo Madness believes it can provide the standard of data that could potentially spur on growth in the esports betting market.

Dojo Madness has been active since 2015, originally providing a technical infrastructure to help gamers improve their play, as a B2C solution. It was particularly successful, with its app used by around 1.5m monthly active users at its peak, making it the most popular consumer solution of its kind for esports.

Yet today Dojo Madness is no more, at least in its original form and under that name. The business pivoted to B2B in January this year, alongside a rebrand to Bayes Holding. This, it said at the time, would allow it to pursue much more lucrative opportunities by offering two core products to its corporate partners.

As a result, the focus has shifted to esports analytics solution Shadow, effectively the B2C product but with more emphasis on supplying to professional teams, coaches, analysts and players, and Bayes Esports Solutions, its joint venture with Sportradar.

Start-up mentality
This JV, originally announced in January 2019 and building on a partnership first established in 2016, sees Bayes work with the sports data giant to provide data for betting operators, esports broadcasters and media organisations.

Martin Daschselt, chief executive of Bayes Esports Solutions, explains that the shift in approach was under discussion some time.

“The B2C model, while it was working, it was very early in this market, so it was a teaching tool rather than pure entertainment product,” he says. “So it was only attractive to a fraction of the players.

“Therefore only a small part of our audience was actually monetisable; it’s limited to hardcore gamers.”

Dachselt points out that gamers do not stick to a single title. They may begin playing League of Legends, play another for a while, then return to the first.

“So the challenge was to develop an app that can support multiple titles,” he continues. “It sounds like a good idea, but is in fact a major challenge to combine all these elements. The biggest problem was the availability of the data.”

For League of Legends, this wasn’t so much of a problem, considering Bayes Esports Solutions struck an exclusive worldwide data distribution rights deal with the title’s publisher Riot Games in August 2019. When it came to other titles, however, that sort of OpenAPI simply wasn’t available.

While that product still remains part of the business, Dachselt says it’s a smaller component, bringing in €100,000 to €200,000 per month – “not something that’s going to power a company’s growth”.

“If you’re trying to build a big player in the esports industry, you need to focus on something,” he says. This, Dachselt adds, is part of the “start-up mentality” necessary for any esports business; in a fast-moving sector, it’s a case of being able to act quickly and decisively that will allow one to rise above the rest.

The value of data
This has resulted in the B2B shift. Shadow is currently used by around 40% of professional esports teams, while through Solutions it will provide data of a standard that simply isn’t available from other sources.

This is underpinned by a technical platform, through which the data can be gathered, processed and distributed. The unique selling point here is that the data is extracted directly from the server, for League of Legends.

That’s not something a competitor can easily emulate, according to Mark Balch, who jointly serves as Sportradar’s head of esports, and head of products and partnerships for the joint venture.

“The product can’t be created because the material is not available,” he says. “The quality of data depends on the source, so it’s a case of using TV and live broadcasts, it’s all very fast.

“In esports not only is it very difficult, it’s almost impossible – if it’s in Brazil, the connection between Europe to Brazil is terrible,” he says. “The further you are from the event, the worse the latency.”

Dachselt points out that for a traditional sport, there may be around 15 datapoints to collect. For esports, that jumps to around 250, updated each second.

“In some games, it updates every sixtieth of a second,” he says. “Obviously we have to set limits as there would otherwise be way too much.

“The interesting point is just how different the two [sporting] worlds are – with tennis you can just copy it off the TV, or have unofficial feeds. In esports, getting that level of data is literally impossible without the source code.”

This, Balch says, means Bayes can guarantee the quality of the data, which is especially important for real-money betting. Therefore it’s not about simply selling the data to partners. It works on sponsorship, promotions, community projects and alongside the rights holders to ensure the data is properly leveraged.

“We have a bigger vision to help people use the data properly,” he says.

Further this aim, Bayes has launched Bedex, which it claims to be the first independent esports data marketplace. Through this, it aims to solve the problem of data rights within the industry.

Through Bedex, it offers data from tournament organisers ESL and the Counter-Strike: Global Offensive-focused DreamHack, as well as Riot's LEC and LCS events, and the developer's League of Legends world championships. From April, data from Winners League will be added, though by 10 February this year, it had already offered data covering 10,000 esports matches.

“For bookmakers and media, they want to offer coverage of all matches and events, and few would say there’s any value in only having a fraction of all the matches available,” Dachselt says. “This is the idea behind it, and we are certainly seeing a level of demand, including from some of the largest players in the betting field.

For the media it’s even more important – you want to analyse performance or teams, you want to show all the matches they play in.”

“I was talking to the CEO of one of the largest esports tournament organisers, and he was saying the technical components, the negotiations, it was all a nightmare,” he adds. “Having a central marketplace was particularly exciting to him.”

It’s certainly a big shift in approach, but as Daschselt says, it’s one that gives Bayes a clearer and potentially more lucrative focus. While traditional sports have seen rights deals become an increasingly fraught topic, especially with recent lawsuits and the opening up of the US market leading to a greater focus on exclusivity, Bayes, through Bedex, may offer a way to democratise data collection at its beginnings.

Corona concerns
The current situation, with the world in the grip of the novel coronavirus (Covid-19) pandemic, has markedly shifted the position both Bayes, and the wider gambling industry, was in when iGB first spoke to Balch and Daschselt. Sporting events around the world have been cancelled or postponed in a bid to slow the spread of the virus, meaning global betting volume is down by around 60%, according to Dachselt, and liable to fall further.

Esports has also been affected, with a number of top-tier offline tournaments cancelled or postponed. Online tournaments, however, are running as normal, with organisers working to convert any land-based events to digital as quickly as possible. This could present a significant growth opportunity for esports betting in the coming months.

Dachselt notes that esports betting volume has remained stable to date, and even increased slightly as a result of customers shifting activity from traditional sports.

“[We] already were contacted by a substantial number of bookmakers for esports content within the last few days,” he says.

However, it's “too early to say” whether it can mitigate the suspension of traditional sports, he says.

“But it seems we are seeing a significant increase in betting volume for esports,” Dachselt adds. “Of course it takes some time for the audience to shift their interest and understand the details of a new sport. So switching a punter from soccer to CS:GO might take some time.”

He notes that it usually takes around three months for bookmakers to add new sports to their offerings, something which Bayes aims to expedite by offering “fast and unbureaucratic access” to coverage of events such as ESL and DreamHack, as well as Riot's League of Legends events.

“The goal of this so-called fast track is to help bookmakers bridge the next months,” the supplier explained.

This will be complemented by an offer to waive revenue share and reduce minimum fees for new clients by 40%, until 30 June, as well as adding data from more events to its portfolio. Customer adoption, as Dachselt notes, may be slower but as operators in the US ramp up coverage of events ranging from Turkish football and Ultimate Fighting Championship, to even offering odds on chess, there is a clear demand for new sports to at least partially mitigate the suspension of the most popular.

Whether or not this will be effective remains to be seen, though it's clear that at particularly difficult times, the industry has a track record of innovating. For example, the outbreak of foot and mouth disease in the UK in 2007 that shut down all horse racing resulted in the emergence of virtual sports. Esports betting, and Bayes, could be well-positioned for a similar leap to prominence.