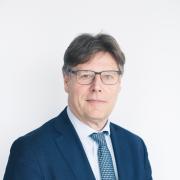 September will be a crunch month for the future of Dutch gambling regulation after the country’s regulator revealed plans to sit down with industry stakeholders and thrash out a way forward as parliament responds to fresh proposals relating to the long-awaited Remote Gambling Bill.

In June, the Dutch Minister for Legal Protection, Sander Dekker, proposed a revised framework for licensed operators in the Netherlands aimed at shoring up consumer protection measures.

His letter to legislators revitalises a bill that had been lying dormant for nearly two years following approval by the parliament's lower house.

Speaking at iGB Live! in Amsterdam today (Wednesday), Netherlands Gambling Authority’s board member Joop Pot said a meeting of the Committee of Justice and Security on 13 September would provide the platform for the first formal parliamentary reaction to Dekker’s letter.

The regulator is also keen to resolve what would appear to be the major potential sticking point in the legislative proposals – providing a clear separation between social gaming and gambling – by hosting a meeting with operators to discuss how to stop an “interweaving of products”, Pot said.

The date for the meeting with industry stakeholders is to be confirmed and will take place a few days before the Dutch Gambling Authority’s new chairman officially begins in his or her new role on 1 October.

Pot told iGamingBusiness.com that the new chairman, to replace the outgoing Jan Suyver, has already been identified and, following the required due diligence checks, the identity of the individual is likely to be revealed next month.

“We call on providers of gambling and games to participate in this meeting in September,” Pot added in his briefing. “The best solution usually comes from a joint effort.”

Pot said that the authority had identified “gambling advertising on gaming websites and vice versa”.

He also insisted that while Dekker’s letter should “remove the main roadblocks” to long-awaited upper-house approval, it will be vital to “introduce greater barriers between social gaming and gambling”.

“The bill will enable us to better protect the consumer and give us additional enforcement power to prevent gambling addiction,” he said.

“We have commissioned research that has shown that blurring the boundaries encourages young people to gamble.”

The other stand-out proposals in Dekker’s letter were the requirement of operators from outside the European Union or European Economic Area to have a physical presence in the country.

Also for all licensees to have a local representative responsible for gambling addiction prevention.

With Dekker having pushed the bill to the new coalition government and called for law-makers to resume the legislative process “vigorously”, Pot told iGamingBusiness.com that he is confident “the time is right” for parliamentary approval of the legislation “in a short time”.

He added: “I cannot say for sure, but by the end of 2019 it could be in place. Realistically it could be the first half of 2020 as I know the parliamentary process can take time.”

Earlier this month it was announced that Marja Appelman, the pro-business CEO of the authority, would be quitting her role after five years in charge, with the board covering her tasks from the start of August while a review of the regulator’s management structure completes.