Free-to-play has existed for two decades now, so why do questions persist over its sustainability? Sam Forrest argues that the model can be profitable, provided that operators focus on engaging players for the long term and treat payers and non-payers fairly 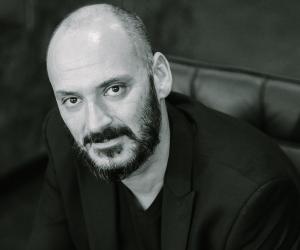 Free-to-play has existed for two decades now, so why do questions persist over its sustainability? Sam Forrest argues that the model can be profitable, provided that operators focus on engaging players for the long term and treat payers and non-payers fairly

Two decades ago, the South Korea-based company, Nexon, pioneered a new model known as free to play (FTP). It was widely believed to be the answer to combating piracy, one of the most prevalent issues in the industry at the time.

The logic tracked well – why would you steal what you can get for free? No one could have predicted the widespread and enduring success of the model, which has since been regularly modified and improved to suit the changing needs of the industry.

FTP titles drove the bulk of spending last year, accounting for 80% of total digital game spending in 2019 according to Nielsen’s SuperData Research Group.

While once solely associated with casual mobile and PC games, FTP has since made its mark on the console market, attracting global attention for premium titles including Fortnite: Battle Royale, Dota 2 and League of Legends.

The core methodology behind the FTP model is that players can access most of the content within a gaming title without incurring any costs, while those players who want to progress through the game more quickly or access additional content can pay for the pleasure.

Despite a large portion of their content being free to users, developers still make a profit as, in the vast majority of FTP games, the paying players subsidise the FTP players. The truth in this claim is apparent in a recent 2019 monetisation report from Swrve, which states that 64.5% of total revenue comes from the top 10% of paying users.

Prioritising fair play
Paying users can purchase ‘perks’ that they would not have access to as a free player, resulting in access to hidden features or obtaining superficial cosmetic items such as new skins or gadgets.

If the two distinct player bases are treated fairly, it creates longevity in the game, allowing it to grow in terms of liquidity and revenue.

Evidence of this strategy being successful can be seen in a number of online games. In the social casino genre, KamaGames’ Pokerist allows paying players to buy virtual chips that permit them to play for longer or to access pro tables where chip requirements are high.

There is a brief and recent history of games developers unfairly prioritising paying users, providing them with significant in-game advantages not available to others.

When this occurs beyond allowing paying players to access diverting content such as a mini game or more creative skins, the gaming world is quick to accuse developers of diverging from FTP to a pay-to-win model.

For true gaming enthusiasts, this anger stems from the knowledge that, no matter how many hours they spend toiling away in their chosen game, they are incapable of reaching the same level of success as that of a paying user. In effect, the free experience is cheapened to such an extent that the prospect of winning is rendered impossible.

Anyone even remotely within the sphere of gaming is aware of how global organisations have inspired a widespread backlash following the over-milking of in-game microtransactions. For EA, Star Wars Battlefront II should have been one of the biggest gaming success stories of 2017.

Yet, its onerous and expensive microtransactions, on top of an initial cover charge, instigated an animosity in gamers that spread industry-wide like wildfire. First-week sales were 60% down on Battlefront I, hitting the company’s share price and leading it to overhaul its approach to microtransactions.

Talk of loot boxes and microtransactions have the industry buzzing, with many now regularly targeting operators who prioritise microtransactions over gameplay, or worse, those who may encourage a gambling mentality among impressionable players. This global criticism has resulted in several countries banning games that host loot boxes.

This confluence of events, along with the appearance of EA and Epic Games at the UK Digital, Culture, Media and Sport Committee, serves as a warning of what can happen when titles quietly attempt to transform from an FTP or pay-to-play game to a pay-to-win scenario.

Why bankroll free players?
Some question how the FTP model can be profitable for developers, even when executed perfectly, as the majority of users won’t ever part with a single cent. While it’s clear that FTP is not foolproof, empires have been built by those who can crack the formula.

Companies such as KamaGames, Supercell, Tencent and Niantic can boast annual revenues in the millions (and, for some, billions). In many cases, it has been done without the impressive budget of AAA titles.

The fact is, despite 72% of players only ever making one purchase and 47.7% of purchases being made on the first day of installation, according to Swrve, the sheer number of players that these titles attract ensures profit.

For developers, one of the greatest advantages of FTP will always be that it creates a recurring revenue stream instead of solitary, one-off payments. Also, in exposing a higher number of players to the game, the likelihood of ‘down the funnel’ conversions increases as players continue to enjoy the game and become more invested.

This is why operators who adopt this model are becoming increasingly more devoted to introducing mechanics which guarantee continued, long-term engagement. On its most basic level, and as far as it relates to the traditional mobile standard of FTP titles, players can either slowly grind and progress through a game’s content for free or choose to pay and speed up their progression.

Outside of revenue garnered from direct monetary transactions, for some developers, customer data such as social media and demographic information is of notable value. This data can highlight the type of user, in terms of gender, age or even income, who is most interested in their product, allowing operators to direct future campaigns and promotions at this audience.

Furthermore, when you are looking at a multiplayer game, the most vital contribution non-payers make is simply their engagement with the game. Their presence alone is enough to champion the argument for the FTP model. After all, little can compare to the challenge of going head-to-head against an authentic human rival and emerging the undisputed victor.

Through increasing player liquidity, non-payers enhance the overall quality of experience for the payers and have rightfully earned their place within the game.

The ideal FTP title is fair, enhances gameplay for payers but doesn’t create a negative experience for non-paying users. Yet, just like a simple app game, mastering FTP has proven to be harder than it looks.

Sam Forrest, the director of global communications for KamaGames, is a highly proficient PR and communications veteran with over 25 years of experience in the interactive entertainment sector. Throughout his career, he has worked with a wide number of well-known global entertainment brands including Disney/Pixar, WWE, UFC, DreamWorks, Nickelodeon, Hasbro and Marvel.