Influence isn’t just about being well-known, says All-In Diversity Project’s Christina Thakor-Rankin. It's also about taking a long-term view of the industry and encouraging other women in their careers 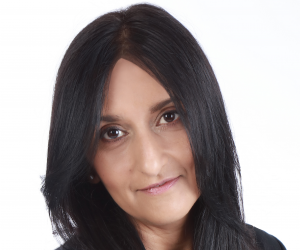 Influence isn’t just about being well-known, says All-In Diversity Project’s Christina Thakor-Rankin. It's also about taking a long-term view of the industry and encouraging other women in their careers.

Whenever we talk about women in the gambling sector we always seem to come up with the same names. On one level this is a hugely positive thing. Not only have these incredible, talented individuals risen to the top of their respective games, but several years later they are still there.

Along the way some have raised families, some have undertaken additional projects and initiatives, and some have retrained and embarked on new career paths, but all have helped challenge long-held traditional views and attitudes about women in the gambling industry, and in doing so helped shatter a few myths and a few glass ceilings.

The important thing is their longevity. Staying power is vital to convincing those responsible for hiring and investing in people that taking a punt on female talent is a smart long-term move.

But investing in talent presumes that we are able to attract and hire it in the first place. And then retain it. And this is where we start to hit our first hurdle. While we have a stellar line-up of women who have made it – including the world’s highest paid CEO  – there is just too big a gap between those who have made it and those who are just starting out.

This is not just due to changes in social, political and economic attitudes, but also advances in technology and the evolution of the betting and gambling industry, which has resulted in some roles and functions becoming obsolete and the emergence of new specialisms and disciplines.

How do the challenges faced by a shy twenty something entry level developer or social media intern relate to the experiences of a confident, established professional several decades older than them? They don’t, not really.

We have some truly incredible women in the industry who continue to be an inspiration for female achievement and empowerment, but there is a world of difference between being well-known and being influential.

Recognising role models
This is not so much about inspirational as aspirational role models. Someone who represents the next achievable rung of the career ladder and can reach a hand down. Someone who can sit with newer recruits and coach them and guide them through the day-to-day challenges faced in their chosen discipline.

Someone who can say, ‘this is how I dealt with it’, or ‘this is why I chose to do this’ or ‘this is what you need to do if you want my job in a couple of years’. Someone who on a bad day can look them in the eye and say, ‘it’s not always like this’ and ‘it does get better’. Someone who is genuinely empathetic and not just sympathetic.

Finally, there is that group who we never hear about – the unsung heroines without whom the leaky pipeline would be a damn sight leakier. They could be the women on their way to the top; just as likely they are the women in the middle or at the lower levels.

They are the ones who support, encourage, give pep talks and provide shoulders to cry on. The ones who tell others to keep their chins up, to not let the ‘so and sos’ get them down, and who wrestle the towel away so they can’t throw it in.

This year let’s celebrate all of our influencers – not just the poster women, but also the hand-holders.. To nominate yours go to the second iGaming Business Most Influential Women survey.

Christina Thakor-Rankin is co-founder of the All-In Diversity project and principal consultant at 1710 Gaming, working with start-up, evolving and established operators internationally, regulators and industry groups.