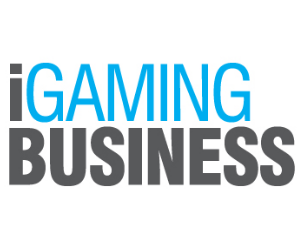 Welcome to iGB's new Slots News, which will bring together the best releases from the leading developers in the online slots space every month. The popularity of our annual Slots Showcase provided the inspiration for the launch of this new section, alerting us to the need for regular – as opposed to a once-a-year hit – exposure and coverage for this core vertical.

Going forward the interactive showcase will be accompanied by an exclusive piece of slots-focused insight  from an operator, affiliate, data provider, analyst or other stakeholder, aimed at keeping you abreast of the state of play in online slots, what's working, what isn't, and where the space is headed.

The stepping up of our coverage in this area coincides with online casino – of which slots account for the vast majority of revenues at around 75% – booming in re-regulated markets, up 54% year-on-year in Q3 in Spain and 21% in Denmark, for instance, and pouring welcome tax receipts into government tax coffers.

Globally, online slots GGR is expected to have grown by c12% to €2.1bn in 2017 with this projected to grow by c14% to €2.4bn in the current year, according to figures exclusively provided to iGB by our principal data partner H2 Gambling Capital.

Indeed, while last year saw growth of gaming at multi-channel giants such as Paddy Power Betfair and Ladbrokes Coral lag behind that of sports betting, this appears to have opened the door to more niche and focused entrants to the online slots space to carve meaningful businesses and market share. These include Gaming Realms, Casumo and Stride, as well as the Intellectual Property and Software stable of sites recently sold to mobile specialist LeoVegas, another casino-focused brand making inroads in the UK.

It's worth remembering that the UK was a market we were told by analysts and other observers was going to be all about scale following the introduction of the point-of-consumption tax in late 2014, with smaller operators squeezed out by the unfolding consolidation play. Clearly, these emerging operators failed to read the script.

These incursions have been mirrored on the supplier side, where despite the prevailing view that the market is too saturated and competitive to support new entrants, a recent analysis on challenger games suppliers for iGB by casino intelligence platform iGaming Tracker showed this, again, to be something of a fallacy. Providers such as Red Tiger, Yggdrasil and Lightning Box Games were all shown to have begun building meaningful presences on operator casino pages, with many others among the approximately 60 providers now targeting the slots space also making inroads. One can hold up the success of Blueprint Gaming, now rubbing shoulders with the likes of SG Interactive, NetEnt, Playtech and IGT at the top of the rankings, as, well, the blueprint, for a new wave of ambitious developers.

So this is clearly an exciting time to be involved in the online slots space, with new market and partnership opportunities unfolding and emerging technologies such as WebGL and VR enabling the product to become even more visceral and immersive. We look forward to keeping you informed and up-to-date on all the relevant developments every month.