A member of Japan’s largest opposition party has submitted a bill that would scrap the law allowing for integrated casino resorts in the country. 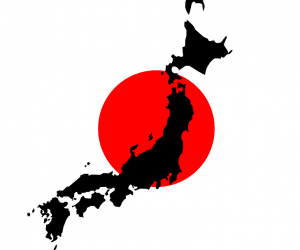 A member of Japan’s largest opposition party has submitted a bill that would scrap the law allowing for integrated casino resorts in the country.

The move follows accusations of bribery related to the development of integrated resorts in Japan against Zhengming Pan, director and chief executive officer of Chinese betting lottery and betting operator 500.com.

Pan stood aside earlier this month (6 January) until an internal investigation into the claims is completed.

The emerging scandal also led to renewed opposition to the original Integrated Resorts Bill, which was passed in July 2018.

The bill was submitted by former Minister of Finance Jun Azumi, a member of the Constitutional Democratic Party, which is the official opposition to Shinzo Abe’s Liberal Democratic Party-led coalition government.

Azumi’s bill would come into effect immediately and includes a provision that any confidential information known to members of the Casino Management Committee regulatory body may not be disclosed.

However, as the governing parties are unlikely to back Azumi’s bill, its chances of passing are extremely low.

The controversy also looks to have prompted the government to delay the publication of the guidelines for selecting the host cities of the integrated resorts, which had originally been due for release this month. Local media reports that further changes may now be made to the policy.

This followed a public consultation on proposed regulations for integrated resorts, which launched in September, and closed on 3 October.