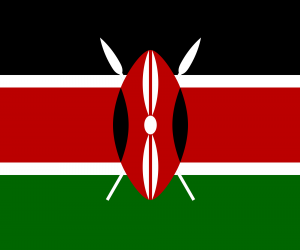 The Gaming Bill 2019, designed to replace the 1966 Betting, Lotteries and Gaming Act, aims to update the country’s regulations to reflect the prominence of online operators in the market.

It proposes replacing the country’s existing regulatory authority, the Betting and Licensing Control Board, with a new entity, the National Gaming Authority. This would take charge of enforcing regulations and issuing licences.

As well as establishing a new regulatory authority, the bill also looks to establish the Gaming Appeals Tribunal, a body that would adjudicate in gambling-related disputes.

Foreign operators will be required to establish a physical presence and base servers in the country.

The bill imposes significantly higher costs on prospective licensees, with iGaming operators to be charged KES100m (£776,643/€876,787/$985,667) for a three-year licence, followed by a KES30m renewal fee. Casinos and gaming halls, meanwhile, will be charged a KES50m licence fee, then must pay KES30m to have their licence renewed. Land-based bookmakers’ licence fees have been set at KES30m, followed by a KES5m renewal charge, again after three years.

Currently operators are charged KES1m to apply for a licence from the Betting and Licensing Control Board, then a KES3m licence fee, and KES25,000 to renew a permit. For bookmakers, a KES10,000 application fee is followed by a KES200,000 charge for an on- or off-course licence – or KES400,000 for both.

However, the bill does not look to raise the country's gambling tax rate, following a tumultuous 2018 that saw gambling taxes raised to 35%, then reduced to 15%. The 15% tax rate has been retained, though the legislation makes no mention of the 20% tax imposed on player winnings in September last year.

With growing concern about Kenyans developing problem gambling habits, the bill looks to set a minimum bet amount of KES50. This is half the minimum sum of KES100 set by SportPesa, one of the leading local operators, but significantly higher than the amounts smaller operators in the market are willing to accept.

Advertising, another contentious issue, will also be subject to stricter controls. All TV and radio ads to dedicate at least 10% of their air time to responsible gaming messaging, with gambling ads prohibited from airing between 6am and 10pm, unless during live sports broadcasts.

There is also a bid to limit how many ads are broadcast by introducing the Gaming Advertisement Tax. This imposes a charge of 35% on each ad broadcast, though it is unclear whether the tax would be imposed on the operator or the broadcaster, and on what sum the 35% tax would be levied.

Kenya could also see its first national lottery established should the bill pass into law. The lottery’s operator would be decided through a tender process, with the successful bidder granted a seven-year operating licence.

Money raised for good causes through the lottery would be distributed by the National Lottery Trust Fund, also established through the Gaming Bill 2019.

The bill is due to be debated by the National Assembly later this week.