The B2 maximum stake cut to £2 has led to a lot of gloom about retail betting in the UK. But the enforced changes to the sector could be offset if bookmakers invest in making shops more welcoming 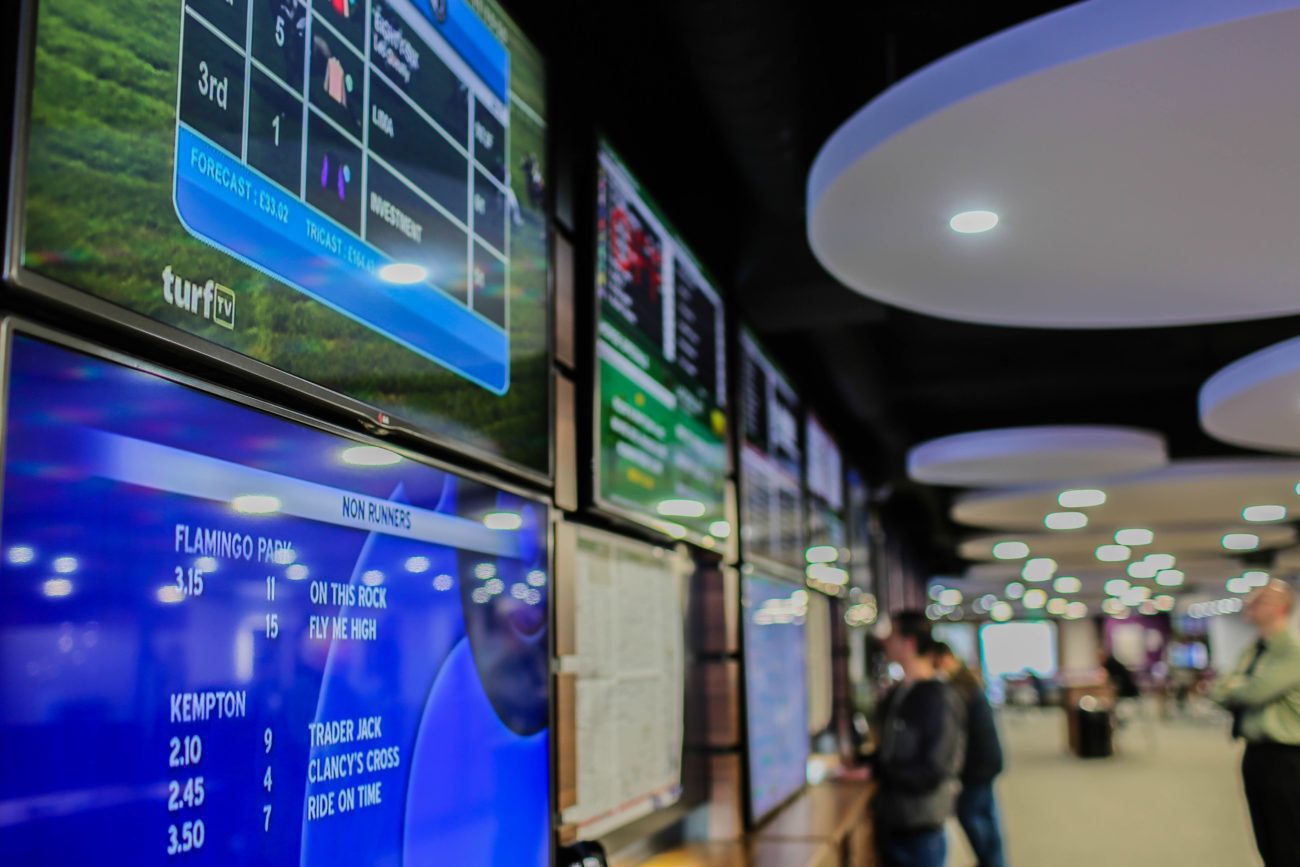 The decision to slash B2 machine maximum stakes to £2 has led to a lot of gloom about the future of retail betting in the UK. However, the enforced changes to the sector could be offset if bookmakers are prepared to invest in making shops more welcoming for a wider audience.

First, the bad news. The UK government’s decision to cut maximum stakes on B2 machines (commonly known as fixed odds betting terminals or FOBTs) from £100 to £2 will result in shop closures.

There is no denying that the market will shrink. By how much, however, remains to be seen.

The Association of British Bookmakers (ABB) has suggested that up to 4,500 betting shops will shut as a result of the stake cut. Racetrack operator Arena Racing Company (ARC) has suggested a more conservative 1,000 closures.

The early signs are not encouraging. William Hill has written down the value of its retail estate by £882.8m, wiping out its 2018 operating profit of £233.6m.

GVC, owner of Ladbrokes Coral, has described the FOBT stake cut as the biggest challenge facing its retail estate, with 2019 EBTIDA expected to take a £135m hit as a result.

Even Paddy Power Betfair, which has suggested that the stake cut will not have a material impact on its sports-led (but much smaller) UK retail estate, expects to see between 33% and 43% of machine gaming revenue wiped out. Going by its 2018 results, this would amount to a decline of between £36m and £47m in group revenue.

Furthermore, substituting B2 machines for other Category B terminals looks unlikely to succeed.

The Gambling Commission has already launched a consultation on the potential dangers associated with other B terminals (including the B3 machines that now account for 38% of William Hill retail revenue). The regulator has also moved quickly to force Paddy Power Betfair and Betfred to remove products seen as mimicking B2 gameplay.

“[The UK retail industry] will dramatically change and it will be scaled back as well,” Peter Woodfine, business development director for ARC-owned supplier Vermantia, says.

Operators, he adds, are more likely to be ruthless in deciding which shops are actually generating a profit, and which are being propped up by the performance of others.

Signs of life
“I don’t think it’s all doom and gloom,” Playtech BGT Sports chief commercial officer John Pettit says, however. “Will there be an impact on shop numbers? Yes. Will it be as bad as the worst-case scenario? No, it won’t.

“I think there will be some shop closures, but betting shops were successful before FOBTs and they will be successful after FOBTs. I think it will give other products a chance to shine.”

The industry’s detractors have long bemoaned the number of betting shops on Britain’s high streets. The FOBT-enforced reduction in numbers will at least address this, to some extent.

One executive, who asked to remain anonymous, points out that the closures will fall in two camps: the shops whose revenue and profits came predominantly from FOBTs, and those that were opened to cater to high demand for the machines. These numbers, they say, will fall far below the number of closures feared.

After all the core activity within a betting shop remains, despite what some newspapers suggest, betting.

The Gambling Commission’s figures for April 2017 to March 2018 show that off- course betting yield amounted to £3.1bn, compared to £1.8bn for off-course gaming machines.

Of the major UK shop operators, it is only Paddy Power Betfair that has greeted the stake cut with something approaching optimism. Its UK and Irish retail estate generated £228m in sports betting revenue last year, more than double the full-year total for gaming.

Another Irish operator, Boylesports, is champing at the bit to move into UK retail, aiming to establish itself in the market by the end of 2019. While the Irish retail betting market is suffering – last October the Irish Bookmakers Association estimated that 450 shops had closed over the past eight years – it has an advantage over its UK counterpart, in that it has never relied on FOBTs.

“The reality is in Ireland we don’t have FOBTs. We never have and nor do we want them,” Boylesports chief financial officer Mark O’Neill says. “We’ve created a business model that doesn’t have FOBTs in it and have competed very well against the largest operators in the market.”

O’Neill explains that Boylesports’ focus has been on offering sports betting in a comfortable and welcoming environment. Punters are offered a space to watch sports and actually socialise rather than just gamble.

“We believe we have the best screen system in the business and provide our customers with a comfortable, safe and high-quality environment,” he says.

“[Through] the variety of products, the level of comfort, and even the tea and coffee, we’re providing a customer experience, which we feel is driving a strong performance.

“We think betting shops could become something of a social hub,” Woodfine says. “If we create a modern, clean environment in betting shops, you are going to remove some of the perceived stigma towards them.”

Welcoming environment
This focus on making the shops a more welcoming place is important. Today, outside of the core audience, betting shops are not seen as particularly inviting. One executive politely describes them as generally “uninspiring”.

“If I go into a shop, I see a couple of old guys reading the Racing Post and a few younger guys hammering on a FOBT,” they say. “And these younger guys are now gone. It’s not an entertaining experience.”

Marketing and branding consultant Allyson Stewart-Allen pulls no punches on the current state of the market: “Do they look inviting from a female perspective? Definitely not. When I look in, do I see an in-store environment that makes me want to have fun? No. So the in-store experience, the lighting, the lack of sofas, the transactional nature of the store does not encourage dwell time.

“It’s not like I’d go in and have a Costa Coffee or Starbucks or anything like that in those places,” she explains. “It seems to me that [the industry] is lacking in imagination in widening the net in terms of bringing different types of consumers into the establishment.”

Gary Toal, chief executive of Northern Irish chain Toals, argues that investing in the shop floor is crucial to the future of the sector.

“I’ve always had the view that there are too many shops that are too small with not enough facilities in them,” he says. “When the opportunity came along, I decided to put my money where my mouth is.”

This has resulted in what is believed to be the largest betting shop in the UK (pictured).

It has the look and feel of a US casino sportsbook, rather than a UK licensed betting office.

“You give people the comfort and the space and they do appreciate it,” Toal says. “I remember the days of small, uncomfortable, smoke-filled shops, and those bookmakers haven’t survived.”

Toal estimates that there were about 300 punters in the shop for the first race of this year’s Cheltenham Festival. It’s a constant process of improvement, he adds: “I keep tweaking things. Every time I’m in town I walk through the shop two or three times a day and pick out things I don’t like.”

While he admits that the size and level of investment does make smaller shops less viable, he says this is simply a sign of the industry’s evolution.

“There are too many shops,” he says bluntly.