In the second of a two-part interview, Kindred CMO Elen Barber discusses the changing tools, technologies and responsibilities of a marketing executive in the igaming industry 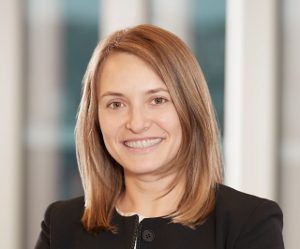 In the second of a two-part interview, Kindred CMO Elen Barber discusses the changing tools, technologies and responsibilities of a marketing executive in the igaming industry.

There’s been a growing awareness in recent times that operators need to change their approach to marketing. Rather than bombarding players with offers, marketing should be used to build long-term, sustainable relationships with customers, says Barber.

This can start with offering the best games and an optimum service. It can go further, she says, by highlighting the player protection controls in place, by making sure a player is aware that an operator will intervene should their gambling habits show signs of developing into problems.

“[That] is what many gambling companies don’t do enough,” she says.

Barber argues that without the right marketing, products, features and even safeguards can go unnoticed. “Even if you have the best product in the world, if you are not able to communicate it to the customers in the right language, the right way and the right channel, that product becomes useless.”

Coming crackdown
With scrutiny and criticism of the igaming marketing growing, she is very aware of the potential for new restrictions and controls. Indeed, already there are calls for a clampdown on advertising in Sweden, despite the regulated market being barely six months old.

Barber says such calls are premature and points out that market launches are always accompanied by a race by licensees to carve out market share: “In the past it was just the monopoly and now there are more than 70 licensed operators in the market and they are doing exactly the same as the monopoly used to do.”

Advertising, she says, will decline eventually, following this initial push. “[Operators] will really look at the efficiency of different channels to reassess their investment in the digital channels and above the line to see what is better for their customers.”

She sees self-regulation as a potential cure for the industry’s ills. It’s up to the operators to identify what the issues are, how they plan to address them, then to work with their peers to ensure the rest of the sector shares these views.

But she concedes there’s a limit to what can be achieved here. “We won’t be able to fight political decisions. But if it is something that we can influence by having better standards and following those standards, then we can make sure we can counter the policymakers with a strong framework that we all agree to follow.”

Given the frequent backlashes against gambling advertising, coupled with the increasing effectiveness of digital marketing, it would be easy to wonder if the era of operators making a big splash with TV marketing was perhaps coming to an end.

But Barber says she doesn’t believe this is the case: “Channels such as pay-per-click (PPC) will always stay on the bottom of the conversion channel. Above the line, TV and radio, will stay on top of it because they bring more brand awareness.”

Shifting marketing landscape
That’s not to say digital marketing doesn’t have a role to play. “It is very important to have the right media mix,” Barber says. “You can’t just focus on one channel. Each channel, whether it is TV or print or affiliate advertising, has its own role in the conversion funnel.

“You need to make sure you utilise every single channel properly, understanding what level of investment is required in each channel to get the best return.”

Barber, who has been at Kindred nine years and has worked her way up through various marketing roles, says she is also keen to get in early on new trends taking hold outside gambling.

“We realised that if we wanted to do it properly, we wouldn’t be able to do it through any of the agencies because the data we had was an advantage. So we had to do it in-house.”

Barber admits that staying on top of all the new developments in marketing technology is a challenge. “If you look at the current market landscape, there are over 7,000 big companies out there providing marketing services and the CMO role is to be on top of everything and understand how all these technologies and systems integrate with each other.”

But for her the challenge is made easier by marketing having such a prominent position at Kindred.

“If you look at not just gambling industries but all industries out there, then usually the CMO is a part of commercial, so you don’t really have your own seat at the executive table,” she says. “It is more about how you serve the commercial department. This is completely different to what we’ve done at Kindred. Marketing is a big standalone organisation working hand-in-hand with the commercial team.”