The second installment of iGB's Most Influential Women list 2019 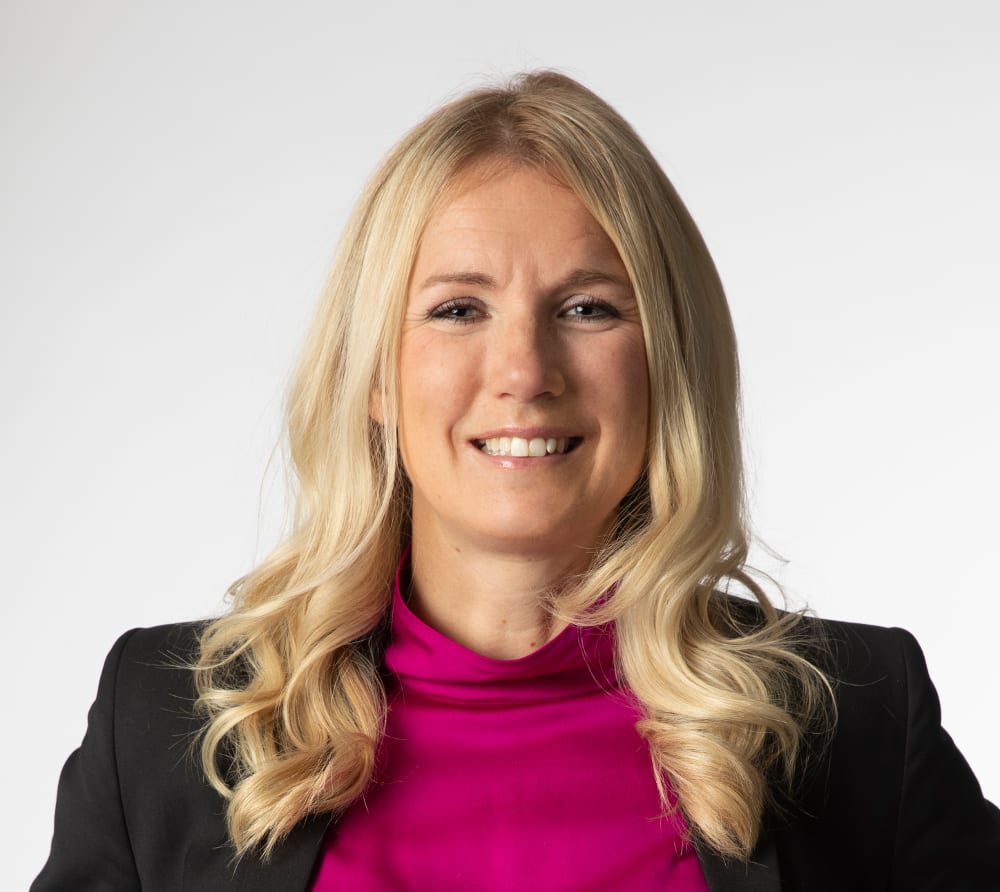 Last year we launched the iGaming Business Most Influential Women list in a bid to raise the profile of women in the industry. Now in its second year, the survey aims to showcase the achievements of women in igaming, as well as inspire those looking to move up the career ladder

This is the second part of a three-part series online. To read more about how the list was compiled, why it continues to be necessary and who the judges were, see Most Influential Women 2019.

Therese Hillman, CEO, NetEnt
When asked how she feels about having been described as the “Denise Coates of content”, Hillman (pictured above left) responds with: “She is so inspiring and she is kind of the guiding star if you learn about her background… I think that is the nicest thing I’ve ever heard.”

Hillman is humble about her own achievements thus far at the helm of NetEnt – after only a year and a half in the top job she says it’s too early to be “ranking achievements” – but very clear she is adopting a different style of leadership at the content giant.

“We need to be much more innovative. We need to have the characteristics of a smaller company and a challenger company that we used to have. You can’t pretend that you are a big company and that you will dominate the industry for ever because that is not the market that we are in.”

Insiders say she’s changing the culture of the company and certainly the recent acquisition of Red Tiger, the first acquisition in the company’s history, signals a distinct shift in thinking. Her strategic approach is perhaps no surprise given Hillman was introduced to the industry after taking on a role as board member at Kindred in 2015 while also CEO of sports nutrition company Gymgrossisten.

Though a relative newcomer to igaming, she says the transition wasn’t difficult. “The ecommerce industry is very similar to the igaming business. It is different products but then everything else is about customer acquisition and online marketing, as well as platforms and payments.”

Her sports background also helped her remain somewhat oblivious to any glass ceiling in the industry. “When you play sports and when you are very competitive, you are always competing with men so because this was my background I actually never thought that much about it. I always thought, ‘Why couldn’t I be as good as they are?’”

If there is anyone who could truly claim to have a 360-degree view of the affiliate industry, it’s Johnstone. She started out in the digital marketing industry in her native South Africa almost 20 years ago, during a period she describes as the “dark ages” of the internet. Since then, her career has involved building affiliate networks and sites, as well as working for operators, networks and payment companies. After six years at Paysafe, during which time the company acquired Skrill and Income Access, Johnstone struck out on her own and in late 2017 launched Affiliate Insider.

Coming shortly after Gambling Commission and Advertising Standards Authority crackdowns in the UK and the closure of Sky Bet’s affiliate programme, the move couldn’t have been more timely. Recognising a gap in the market for business coaching, education and training for both affiliates and affiliate managers, Johnstone launched the agency and now describes herself as “an evangelist for the affiliate industry”.

Dubbed by others as “a powerhouse” and a “tireless campaigner for affiliate development”, some have pondered when Johnstone finds time to sleep. “When work is your passion, it is not a job. I sleep six or seven hours a day like everybody else, but the rest of the day I’m busy doing what I love,” she explains.

Acknowledging that the affiliate industry does have a lack of women, Johnstone says she is keen to encourage more into the sector. “Whenever there is a ‘women in gaming’ event, be it teaching, coaching or talking, I’m always open to giving my time to be part of it. I have had a very good experience in gaming as a woman and I think anybody entering this industry will have the same experience.”

When Australian gaming giants Tatts and Tabcorp merged in late 2017, Mandy Ross went from being CIO of the former to CIO of one of the world’s largest listed gaming companies.

“My role effectively doubled overnight post-merger,” she says. “The two organisations were of a similar size and we basically had two or more of every type of technology one could imagine, so without a doubt it was a challenge.”

The fact Tabcorp was at a point where it was reinventing itself to compete in the Australian market only added to the pressure. “While we were integrating we had to continue our transformation activities, we didn’t have the luxury of being able to stop everything else. It has been a bit like performing open heart surgery while the heart is still beating, or trying to refuel a plane in mid-air.”

Ross, however, had more than 10 years’ experience at C-level, having first been promoted to a CIO post while working for travel website Wotif.com in her late 20s, something she admits is relatively unusual. Australia, like the UK and the US, suffers from a lack of young women choosing STEM careers, but this is something Ross aims to change via her work with groups that support women at earlier points in their career.

“I see my role as telling my story and being visible, because I know when I was coming through over the last two decades, there weren’t many women who I could look to who were ahead of me on the career path.”

Her advice for those looking to follow in her footsteps is to scrutinise potential employers. “Do your homework and when you are being interviewed make sure you are effectively interviewing the company,” she says.

It’s regularly said that the most successful igaming start-ups come from those within the industry recognising a gap in the market and filling it. This is certainly true of Anna Sainsbury and GeoComply. Having spent her early career in the coffee and insurance industries, Sainsbury moved into the gaming industry in 2005, working in compliance and regulation roles. While working as a consultant for the Washington DC lottery in 2011, Sainsbury realised that the geolocation software used in other markets wasn’t going to cut it in the US and shortly afterwards founded GeoComply with David Briggs.

Fast forward to the launch of igaming in New Jersey in 2013, and all bar one of the state’s operators had signed with the company thanks to its ability to accurately pinpoint users’ locations right up to state borders. Today, the technology is used in 43 states by the likes of DraftKings, Caesars, MGM, William Hill and FanDuel. The company is more than just a supplier, however, and also plays a role in influencing legislation as it spreads across the states.

“In most states that have a bill that is quite serious, we end up being invited to present how the technology works to make sure gaming is fair, that vulnerable people are going to be considered and that gaming is only going to happen within state borders,” she says.

Sainsbury has even spoken at federal and state hearings. Last year, she moved from the role of CEO to chair. “It allows me to think about the general direction of where we want to go and where we want to contribute, versus really spending a lot of time on the day-to-day operations of the business,” she says. GeoComply recently passed the 100-employee mark and has just launched IDComply, a KYC product that integrates with its geolocation software.