Igaming regulation in Colombia highlighted the poor access of the gaming industry to banking and appropriate payment solutions across the region. So what can other countries learn from the Colombian experience when designing their regulatory frameworks? Joanne Christie investigates 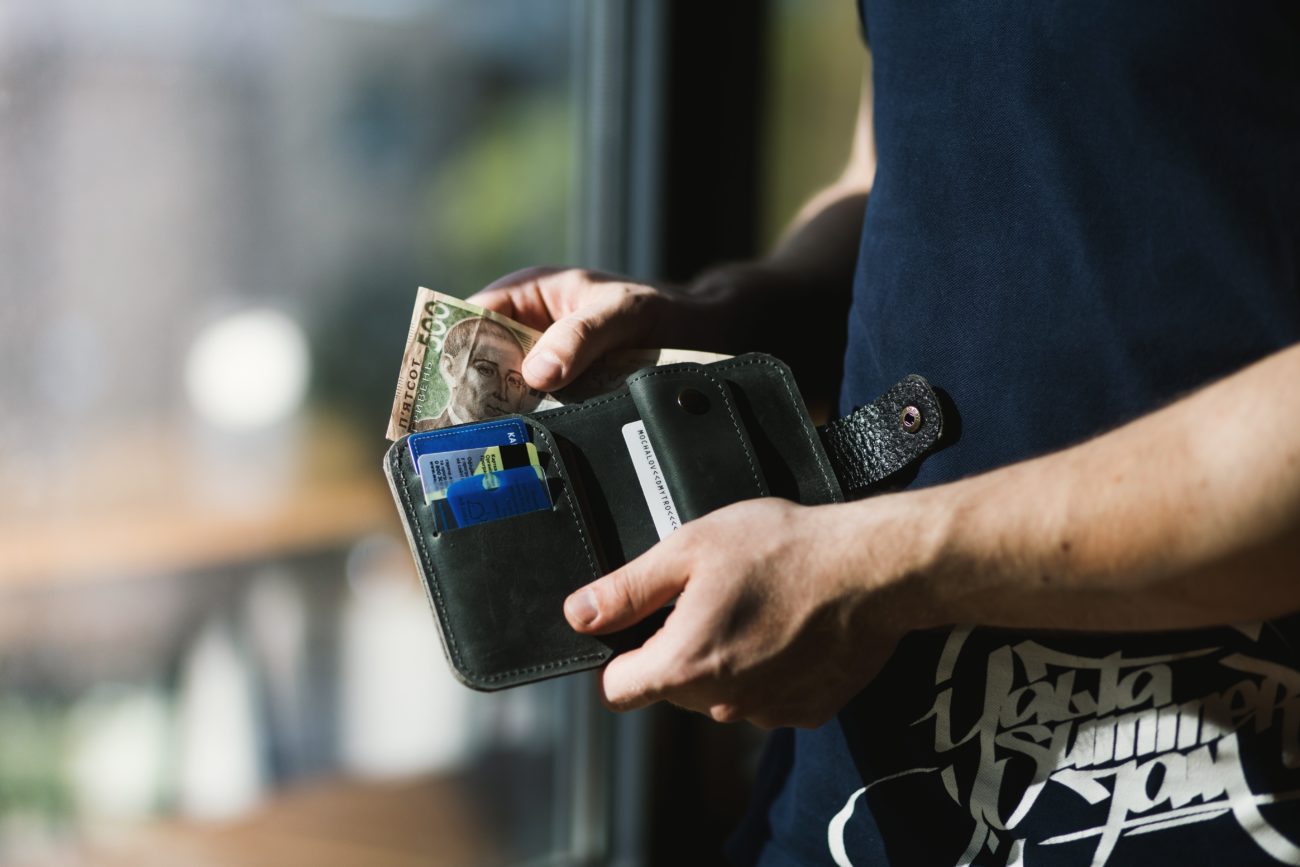 Igaming regulation in Colombia highlighted the poor access of the gaming industry to banking and appropriate payment solutions across the region. So what can other countries learn from the Colombian experience when designing their regulatory frameworks? Joanne Christie investigates

With two of the largest countries in Latin America having taken steps towards gambling regulation, many within the industry now foresee one of the biggest hurdles in the region being cleared at some point in the near future.

But the problem is that lack of regulation isn’t the only obstacle operators face in South and Central America. There are also big challenges on the financial side of things, both in terms of operators’ ability to forge relationships with banks and also in their ability to access payments solutions appropriate for Latin America.

It’s not hard to work out why banks are reluctant to become involved in gambling. The activity has strong links with organised crime, particularly in Brazil thanks to the enormous popularity of the underground game Jogo do Bicho, and there is also considerable resistance to gambling from Catholic lobby groups.

But even if the sector’s reputation were to improve, according to Cynthia Fragoso, president of Mexico’s Responsible Gaming Foundation, the issues would remain.

“It’s difficult for the gaming industry to gain access to banking and financial services due to the regulations dictated by the Financial Action Task Force (FATF),” she says. “The FATF is an inter-governmental body tasked with setting standards and promoting effective implementation of legal, regulatory and operational measures for combating money laundering, terrorist financing and other related threats to the integrity of the international financial system.

“This organisation has pointed to the gambling industry, among 20 other business activities, as being at high risk of money laundering. Because of this, the banking system in Latin America is wary about offering their services to the gaming sector.

“Therefore, although it would obviously be beneficial, improving the image of the gaming industry wouldn’t necessarily help the access to finance and banking services. We get better results by leaning on our authorities to back up the legal activities of the various companies that encompass the gambling industry.”

The Colombian experience
While legalising gambling will undoubtedly go some way towards making banks less cautious, the experience of operators in Colombia, Latin America’s first regulated market, would seem to suggest it won’t solve the problem entirely.

Victor Araneda, international business development manager at Gaming1, the first international operator to receive a licence in Colombia, says doing so was “a sobering process from a financial perspective and banking perspective”.

“The reality is that Colombia is a very protective market from a banking perspective. We knew this from our local partner, Vicca Group, which operates 16 casinos throughout the country. It has 25 years’ experience dealing with the banking industry in Colombia so we were very aware that some of the conditions that the licence required were going to take a significant amount of effort – and they did.”

Foremost among the issues, according to Araneda, was the “catch-22” situation, whereby the regulator requested a bond or fiduciary from a bank before granting a licence but banks wouldn’t grant one without a licence.

Evert Montero Cárdenas, president at Colombian trade body Fecoljuegos, admits that although much effort has been put into improving the industry’s access to banks, “we haven’t achieved the access that we were expecting”.

However, he says things are changing for the better. “The good news is that, thanks to the work done with the financial sector to raise consciousness and awareness and demystify [the online gaming sector], financial institutions are reviewing the possibility of facilitating transactions to allow direct payments for the online platforms.”

The Payments puzzle
The other issue faced by operators in Colombia, and one that is likely to be replicated across Latin America, is the low level of financial inclusion among local populations. According to World Bank statistics, only about 45% of Colombian adults have bank accounts.

However, Montero points out that according to the financial inclusion index of the Colombian Bank of Opportunities, 81.3% have access to some type of financial product.

For Gaming1, Araneda says it has been a matter of adapting to the financial products Colombians do regularly use – typically point of sale networks. Although the Gaming1/Vicca Group site, Zamba.co, is aimed at more affluent consumers who are likely to have credit and debit cards. It was not until a few months after the company obtained its licence that it was able to accept credit card payments and it has only been able to accept debit cards since earlier this year.

Alberto Alfieri, COO at Bet Entertainment, which is about to launch its Latin American offering, focusing largely on Brazil, says the company has been preparing for a similar scenario.

“In some countries the trend, for acquisition at least, has been related to physical points of sales rather than online. So there is still a culture of going to the shop and placing a bet or buying tickets.

“From an international operator point of view, of course, there is no physical point of sale so that is a point of concern.”

He says once the Brazilian government implements a framework for regulation, he expects things to improve. “I am sure that the payment solution scenario will change very much and quickly.”

In the meantime, Alfieri says the company has partnered with Innovapay, an Australia-based company that is soon to launch in South America.

“We should be able to accept not only cards but also some local payments such as Boleto and the voucher systems they use locally.”

Max de Muro, an independent igaming consultant active in Latin America for many years, says payment solutions have been a longstanding issue for international operators and one of the main causes of what he describes as a “cemetery of European operators in Latin America”.

“I remember my first time giving a speech at the former European iGaming Congress in Barcelona in 2008. I talked about payment methods and all the struggles that operators are facing here with how difficult it is to get into the Latin America market without a proper payment solution.

“Eleven years on, there is a little bit of promise in the market but it is still a big issue for many European operators.”

However, he adds that operators have found ways around even the most challenging situations when they’ve put in the effort to understand what’s required locally.

A global problem
Indeed, while Latin America does pose payments challenges, this is true of many newly regulated jurisdictions, says Araneda. “This happens in every market. To us in the online gambling industry, we would say that payments solutions are a never-ending puzzle. We try to keep on adding pieces to fit the smaller and smaller gaps that you have, but this puzzle never really ends and in the case of a new market you have to account for local culture.”

Alfieri also points out that the reluctance of banks to work with gambling companies isn’t restricted to Latin America.

“Banks are often not so open to work with gambling companies, which is a bit of a contradiction in regulated jurisdictions. I personally know start-ups that have been trying to set up a bank account in Malta for more than six months and then have had to go somewhere else.”

He says that where markets are regulated, the regulators themselves need to be active in helping improve relationships between operators and banks by educating them on their processes. “Once the due diligence from the regulator has been completed I don’t see why the banks should reject opening an account.”

Araneda says that in Colombia, while Fecoljuegos has now become involved in improving operators’ access to banks, it took some time before it stepped in and operators had to spend a “significant amount of time” pushing for it first.

However, he adds, “I wouldn’t say the regulator was unprepared. I would say that there were significant complexities in regulating in Colombia in the first place.” The last point is a salient one. To many, Colombia was not the obvious choice to be the first Latin American market to regulate igaming. With no local blueprint to follow, it was perhaps inevitable that issues with financial institutions would arise.

What is hoped now, however, is that other Latin American countries will look closely at the Colombian experience when designing their regulatory frameworks and learn from the experience there.

“It is mandatory for any regulator to look at the existing international experience,” says Araneda. “I think at this point if you are the regulator of any Latin American country you should start with the Colombia case study, although there is no direct translation for any market.”