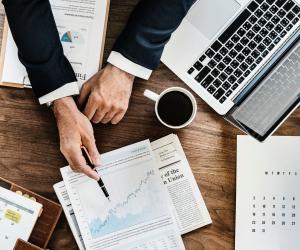 Playtech is searching for a new chairman to replace Alan Jackson, who will leave the business, the company announced today at its annual general meeting.

The news follows the appointment of a number of non-executive directors over the past year, including former Sportech chief executive Ian Penrose.

“With these appointments now in place, the Board, led by Alan Jackson, will now turn its attention to overseeing a full, thorough succession planning process to identify a new chairman, allowing for a period of stability and integration.”

Jackson has served as the company’s chairman since 2013, but in recent times his leadership has come under scrutiny as the software giant has faced increasing calls to rein in CEO Mor Weizer’s pay, which many shareholders view as excessive.

Shareholder dissatisfaction has been growing in recent years as the company’s profits have suffered on the back of slowing growth in Asia and grey markets.

However, Playtech today reaffirmed it was on track to meet its full year guidance, and said it had made “significant progress on executing its strategy”.

The company said it continues to expect adjusted earnings before interest, taxes, depreciation and amortisation in the range of €390 million to €415 million, as previously guided.

Playtech said revenues from regulated markets were in line with trends reported at its full-year results in February.

In particular, it highlighted the renewed and expanded deal it struck with GVC shortly after those results, which sees it supplying products and services to all GVC brands in new and existing markets.

However, non-regulated and Asian markets continue to impact the company. “In line with previous announcements, revenues from non-regulated B2B gaming are materially lower than in the same period last year due to our continuing shift to regulated markets as well as the drop in revenues in Asia. The backdrop in Asia remains highly competitive.”

Its B2C operations are continuing to perform well, however. Although it acknowledged that legislative changes had impacted Snaitech, which it acquired last year, it added that, “the underlying operational performance of the business has been very strong”.

It further said it expected the Sun Bingo contract, which was extended for up to 15 years in February, to continue to be profitable in 2019.

The company also noted two significant financial developments this year: “Playtech continues to make significant balance sheet progress, successfully raising a €350m seven-year bond at 4.25% in March 2019, the proceeds of which will be used to repay the convertible bond which is due to mature in November 2019 as well as for general corporate purposes.

“The €40m share buyback programme, launched in February, has been successfully completed. This, combined with our rebased dividend, has resulted in a more balanced approach to shareholder distributions.”