This month, iGaming Business caught up with Daniel Hansen, chief product officer for Videoslots, one of the new breed of casino-only brands making waves in among the big multi-channel operators with disruptions such as Battle of Slots 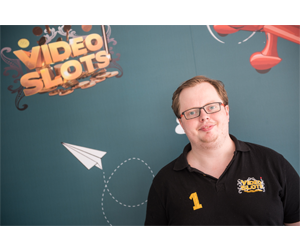 This month, iGaming Business caught up with Daniel Hansen, chief product officer for Videoslots, one of the new breed of casino-only brands making waves in among the big multi-channel operators with disruptions such as Battle of Slots and Casino Races. Here we discuss Videoslots’ player-led strategy, which recent game releases are performing particularly well on the site and what they as an operator would like to see suppliers do more of, or differently.

iGaming Business: What are the primary KPIs for deciding game position on your home pages, and how are these evolving with the availability of more data?

Daniel Hansen: It’s as simple as delivering the most played games to the top of our home page ranking. We believe our customers are the best judges of new and old games alike, and provided they have the ‘popular’ games tab checked, then they’ll see what the community trends are at the time.

More data allows for greater personalisation, and this is an area we’ve pushed in recent months. We understand that there’s going to be a major change in game preference from country to country and between age brackets, so we tailor home page rankings to the individual wherever possible.

But I would always emphasise to our game supplier partners that their games feature on our pages where the players want them to feature. We don’t decide what goes where – it is the popularity of the games.

Which recent slot titles are performing particularly well for Videoslots?
We like to judge games based on their relative performance over time, as opposed to just seeing which are generating the highest turnover. Part of our platform development, and wider strategy as a company is to champion all suppliers, based on game quality alone, and irrelevant of marketing spend. This it currently allows the likes of Big Time Gaming’s Bonanza, Play’n GO’s Reactoonz and Pink Elephant by Thunderkick to all sit alongside one another, purely based on our customers’ choices, and therefore, I’d say these are performing well for the time being.

You offer more than 2,200 games from more than 75 suppliers. Doesn’t the paradox of choice defeat players and work against you here?
We don’t see offering more games as defeating players, instead it’s empowering them. We are led by the players in terms of what games they demand, and we then deliver the best tools possible to engage with them.

Casinos should offer as many of the latest games as possible to keep the choice fresh to customers, while also offering them the chance of nostalgia with games from a while back. The greater choice doesn’t affect the user experience so long as the platform and interface can handle the depth of content.

The Casino Races format has been copied by other operators. How can Videoslots continue to protect a USP such as this and ensure it delivers the same margins for the business?
We see imitation as a form of flattery and with our expertise and first-mover status in these innovative casino products, we’re confident we can continue to differentiate our offering sufficiently from those who try to replicate them.

Videoslots is known for its provision of the likes of Casino Races and Battle of Slots, and therefore a large number come and play with us because of this. Other operators may have comparable products, but we have the wider scope of being a socially led casino with the customer put first in anything we do. This is what will secure our USP, as these products aren’t afterthoughts but crucial to our operation.

As previously mentioned, you feature content from a huge range of suppliers. What would you like to see providers do better, or more of?
Personally, I’d like to see both upcoming and more established developers produce more high volatility titles. Feedback I’ve received, and I agree with, is that some of the best experiences playing slots comes with the big wins, and the hope of a major win is what can engage players most.

Suppliers could potentially concentrate resources on high-profile, high-volatility games rather than the development of a lot of similar, safer titles offering only minor variants on gameplay and features.