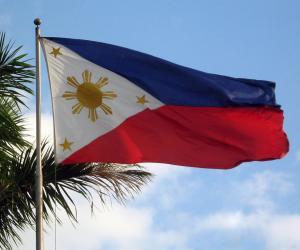 The AMLC listed a range of factors that contributed to the weakness. These factors include a high level of cash-based transactions; weak or deficient anti-money laundering (AML) regulations and a high level of anonymity for customers and operators.

The AMLC said that the high amount of cash and cheque transactions involving POGOs were of particular concern. These transactions are difficult to trace, making them especially convenient for money launderers.

“Transactions of internet-based casinos and [service providers] reveal a significant level of use of cash, which is susceptible to money laundering, considering that the ultimate source and the beneficiary of the funds are difficult to determine,” the report said. “Also, cash-based transactions tend to obscure the audit trail. There is also a high level of use of cheque-related transactions.

“Cash- and cheque-based transactions are considered unusual as these deviate from the business framework operations of internet-based casinos.”

The AMLC said that, upon attempting to conduct on-site compliance checks for 59 POGOs, it was discovered that the registered office addresses of the companies, their local gaming agents and authorised representatives given to the country's regulator, the Philippines Amusement and Gaming Corporation (PAGCOR) were in fact false. No compliance officer for any of the 59 could be located or contacted, while none had teams dedicated to preventing money laundering and the financing of terrorism.

The report added that, while there was concern over money laundering involving POGOs, the greater threat involved their service providers, which are not subject to the same AML regulations as POGOs. However, added, enforcement of AML regulations covering POGOs is often low because of “jurisdictional issues.”

The AMLC said that many of these service providers were flagged for “highly substantial forex transactions” and further verification is needed to determine if this is related to gambling, or to criminal activity.

The sector’s vunerability to terrorism financing, however, was “generally low”, it noted. There was little concrete evidence that internet casinos were used to generate or launder terrorist funds, based on available records.

The report recommended that casino regulators in the Philippines should issue AML compliance guidelines for Internet-based casinos, as well as providing training programmes for POGOs and their service providers. To raise public awareness of potential money laundering practices and tactics, it continued, the Philippines should publish a list of indiciators for citizens to watch out for.

In addition, the report recommended that violations of AML rules should warrant the cancellation of gambling licenses.

Last month, The Philippine Amusement and Gaming Corporation (PAGCOR) has reported an 11.7% year-on-year increase in gaming revenue for 2019, resulting in its total tax and corporate social responsibility contribution for the year rising above PHP56bn for the year.

Throughout 2019, the Philippines pressure from China to limit or ban online gambling, following PAGCOR’s decision to impose a temporary halt on the issuing of new Philippines Offshore Gaming Operator (POGO) licences in August 2019.

However, this appears unlikely to be expanded into a full prohibition on igaming, with President Rodrigo Duterte saying that POGOs were an important source of jobs and tax for the country. Duterte has since repeated this in 2020, amid growing public and political anger over corruption and criminality in the country's gambling industry.

China looks set to continue its efforts to crack down on igaming in 2020, warning in January that it would target countries from which operators targeting players in the country are based and suggesting in March that a blacklist for unlicenced gambling sites could be on its way.