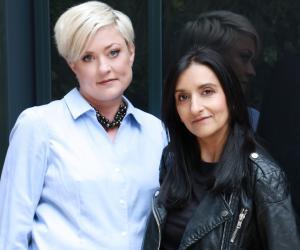 Christina Thakor-Rankin and Kelly Kehn of the All-In Diversity Project argue the pandemic is exacerbating gender inequality in the workplace and that it’s more important than ever to support initiatives such as iGB’s Most Influential Women.

History and experience have shown time and again that the biggest driver of change in workplace culture, attitude and demography is necessity, not necessarily laws or regulations.

In the last century this came in the form of wars and economic boom and bust. Both the world wars saw women entering the workplace out of necessity to keep the “home fires burning” while the men were away fighting.

The economic booms saw governments and organisations turn to both women and migrants as a source of cheap labour to keep up with demand, while periods of economic bust saw women having to work to help make ends meets.

In this century, the biggest potential driver of workplace change so far has not been war or the economy, but a global pandemic, the likes of which has not been seen before.

When the novel coronavirus (Covid-19) pandemic first started there was an initial feeling of optimism that the remote working necessitated by lockdown and social distancing would finally prove the business case for flexible working.

At first, it looked as if this could help level the playing field by removing some of the in-built workplace inequalities, such as conflicts between early meetings and school runs or after work drinks and after school obligations, pushing us towards greater gender equality in the workplace.

Setback for equality
Unfortunately, life under lockdown has been far more challenging than expected, and as the landscape has shifted so has our perspective, to the extent that we now find ourselves at a place where that early optimism is slowly being replaced with a growing fear that far from progressing gender equality in the workplace, the pandemic could see it set back years.

First, lockdown has not removed the traditional barriers and challenges. If anything, it has replaced them with even bigger ones. For example, the school run that caused scheduling conflicts with early morning meetings has now been replaced with home-schooling and the prospect of no morning meetings at all.

Other new challenges include caring for others who are isolating or shielding. With the exception of those on furlough, able to afford live-in care or look to familial assistance, it is becoming increasingly clear that in the majority of cases where both parents have continued to work, much of this new responsibility has fallen on women.

As a result, many women who were already juggling motherhood and a career have suddenly found themselves having to take on the additional roles of teacher, nanny, carer and social worker. This is unsustainable and it is only a matter of time before women are once again having to make a choice between motherhood or a career, taking us right back to where we started.

Second, lockdown has resulted in both businesses and people pivoting. For businesses this has meant changing direction or strategy in order to maintain a viable or sustainable business model.

For individuals this has meant either enforced changes due to circumstances, the threat of lay-offs or taking the opportunity that only freedom and distance from the “daily grind” provides to see things from a different perspective.

Opting out
For some, lockdown has been a reaffirmation of how much they miss the routine, their job and and their colleagues. For others, however, lockdown has provided an opportunity to experience life away from a routine, role or colleagues they endure rather than enjoy, and the more time they have spent away, the less keen they are to get back to it.

Against a backdrop of increasing mortality rates, juggling even more plates, rediscovering lost pastimes/pleasures and anecdotal suggestions of male bosses and colleagues expecting women to “look nice” for remote meetings, it is hardly surprising that there is an emerging trend of successful female professionals wanting out.

Both of these trends mean that we are faced with the prospect of a significant percentage of women who are in the perfect position to be role models (mid to senior level professionals) for the next generation choosing to opt out. Given the struggle to find enough role models in the first instance, this could be very damaging.

And this is before we even being to consider the two other factors linked to Covid-19 that could also impact on the role and numbers of women in the workplace.

First, there’s Covid-19 itself. Early indications are that the virus impacts on some groups in society more than others, based upon any number of factors including gender, age and ethnicity.

This will inevitably have an impact on individuals’ career choices (insofar as they have the luxury of choice), with those who are or live with those at higher risk naturally shying away from those environments and roles that carry increased levels of exposure.

Given that the role of carer appears to have fallen most often to women, this potentially means fewer women in those high-risk environments, which include the hospitality and leisure sectors. We struggle to attract women and individuals from some parts of society as it is – this is going to make it even harder.

Second is the economic impact of Covid-19. Recession, depression, redundancies and rising unemployment all support the idea of it becoming an employer’s market. This means greater competition for fewer jobs and a larger pool of talent willing to accept reduced pay and poorer working conditions.

Unfortunately, and despite more than half a century of equal opportunities legislation and campaigning, the fact remains that in 2020 men still earn more than women for doing the same job.

For households juggling financial and family challenges, the decision of who works and who stays at home becomes pretty stark. We already have too few women applying for promotion and this ongoing pay disparity will only add to our woes.

Shift in attitudes
Finally, there’s the socio/cultural impact of Covid-19. How are attitudes changing? Is the actual way we view life and work (and thus, leadership) changing? Almost certainly so. If businesses are to be successful in a post-Covid world, they will need people with different perspectives who can think differently about things than we have done in the past.

Faced with all this, there has never been a more important time to support and champion the women helping to shape our industry and keep it moving forward. In doing so we hopefully don’t just hold on to them for longer, we also actively encourage others to get involved.

As always though, it is important to remember that influencers come in many shapes and forms. It isn’t always about the career high fliers and the C-suite. In fact, quite often the real influencers sit in the middle – those responsible for bringing in and helping to shape and develop new talent, or the quiet role models and mentors acting as both lighthouse and safe harbour in times of need.

Nominate someone for iGB's Most Influential Women 2020 here.

Christina Thakor-Rankin and Kelly Kehn are co-founders of the All-In Diversity Project.