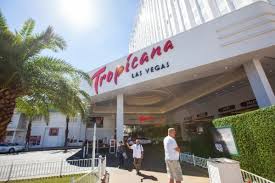 William Hill is said to have opened talks over a potential joint venture with Penn National Gaming as it seeks to expand its presence in the US sports betting market.

Hills has already made major moves in the post-PASPA era and is currently running sports betting operations in Nevada, Delaware and New Jersey, as well as a race book in Iowa. The firm is also working with IGT for the Rhode Island Sports Betting RFP.

On Friday, William Hill chief executive Philip Bowcock revealed in an earnings call that the bookmaker has also signed sports betting deals with 11 casinos in Mississippi and a casino in West Virginia.

In addition, Bowcock said talks are ongoing with operators spread across a further 14 states. It is not yet clear whether these talks include Penn, although sources close to the discussions told The Times that negotiations are at an early stage.

William Hill declined a request from iGamingBusiness.com to comment on the report. Penn operates most of its casinos under the 'Hollywood' brand, but also operates the Tropicana (pictured) in Nevada.

Speaking in the earnings call on Friday, Bowcock said: “In the US, it is a very exciting time, but it is not going to be without its challenges.

“Having an established US business has been an advantage for us post-PASPA. We’ve barely scratched the surface and it’s a very exciting time ahead.”

Should the deal with Penn go ahead, it would make William Hill the latest major British bookmaker to announce a key link-up in the US.

Last month, Ladbrokes owner GVC and US casino operator Boyd announced a $200m (€173m) joint venture in a move that they said would help them “dominate” the US sports betting market.

In addition, Paddy Power Betfair has agreed a deal with Boyd to expand its FanDuel sports betting service in up to 15 states. Boyd also signed a separate agreement with MGM for the two casino operators share market access across 15 states.