Austria’s leading gambling trade group has called for an end to Casinos Austria’s monopoly in light of the political scandal currently engulfing the operator. 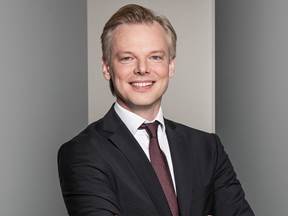 Austria’s leading gambling trade group has called for an end to Casinos Austria’s monopoly in light of the political scandal currently engulfing the operator.

The Austrian Association for Betting and Gambling (OVWG) has spoken out in response to the developing investigation into the relationship between Casinos Austria, its chief finance officer Peter Sidlo (pictured), who is also a Freedom Party of Austria (FPO) district councillor in Vienna, and shareholder in Novomatic.

It has been claimed that Sidlo’s appointment was linked to licence awards in Vienna. Sidlo and Novomatic deny any wrongdoing.

Last week, Economic and Corruption Prosecutor's Office (WKStA) officers carried out further raids as part of their investigation following on from initial searches back in August.

In a statement, OVWG, which represents online gambling and sports betting providers, said: “The developments of the past few days have shown one thing: Austria urgently needs to rethink its monopoly on gambling.

“On the one hand, this concerns the multiple function of the Federal Minister of Finance as the supervisory authority, licensing body and co-owner. On the other hand, it is an unjustifiable fact that there is only one national online gambling license, which also raises significant concerns about its compliance with EU law.”

Sidlo’s appointment to his position with Casinos Austria in May was met by some consternation with some suggesting he did not have the required experience for the chief finance officer role. After an investigation was launched into the appointment and the licence awards, he was suspended in September.

Casinos Austria has had a monopoly on casino operations in Austria since 2016, when three other operators had their licences revoked.

In its statement, OVWG highlighted Denmark as the blueprint for a successful regulatory regime, offering player protection for customers, legal security for companies and comprehensive control, and guaranteed tax revenues for the state.

“Exemplary countries such as Denmark show that these objectives can be achieved through the introduction of a licensing system in which licenses are not limited in quantity but are subject to compliance with high player protection standards,” OVWG said.

“All relevant suppliers on the Danish market have applied for such licenses and can therefore be fully controlled by the Danish authorities.”