Codere has shored up its financial position through the announcement of a financing agreement for €250m with existing bondholders. 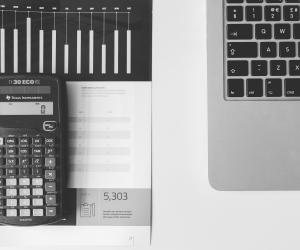 Codere has shored up its financial position through the announcement of a financing agreement for €250m (£227.4m/$285.1m) with existing bondholders.

The Spanish-listed group – which credit rating agency S&P Global recently said was at risk of defaulting on its debts – has come to a lock-up agreement with bondholders for a first tranche of €85m at an interest rate of 12.75%. The interest rate will then be reduced to 10.75% once certain modifications have been implemented.

The deal also includes a second tranche of €165m with an interest rate of 10.75%, subject to the fulfilment of certain conditions. The bonds would mature on 30 September, 2023.

Codere said the agreement circumvents the possibility of non-payment of a previous issue of guaranteed bonds, in November 2016, for an amount of €500m at 6.75% and $300m at 7.625%, maturing in November 2021. Under the lock-up agreement these bonds will now mature on 1 November, 2023, with the new interest rates almost double those agreed previously.

The issue and the refinancing agreement will be proposed for approval on 30 July, at a Codere shareholders' meeting in Madrid.

The stock market responded favourably to Codere’s announcement, with its share price up an initial 20% earlier today (14 July). The share price is currently up by 6.7% to €1.59 compared to the start of Monday (13 July).

S&P Global last month downgraded Codere for the fourth time in eight months, stating that the group was at serious risk of defaulting on its debts in the coming six months.

S&P downgraded the operator's credit rating to CCC-, with high levels of debts putting pressure on liquidity and agreements with creditors. The agency also noted that Codere’s bonds have been trading consistently below par, but added there is potential for restructuring or refinancing actions over the medium term.

Codere in February revealed a 5.9% year-on-year decline in revenue for 2019, after growth in European markets was offset by currency fluctuations hitting the contribution from its Argentinean business.

Codere in May also reported that revenue fell 21.3% to €278.5m in the first quarter of 2020, while a combination of retail shutdowns resulting from novel coronavirus (Covid-19) and exchange rate fluctuations contributed to losses rising to €97.1m.