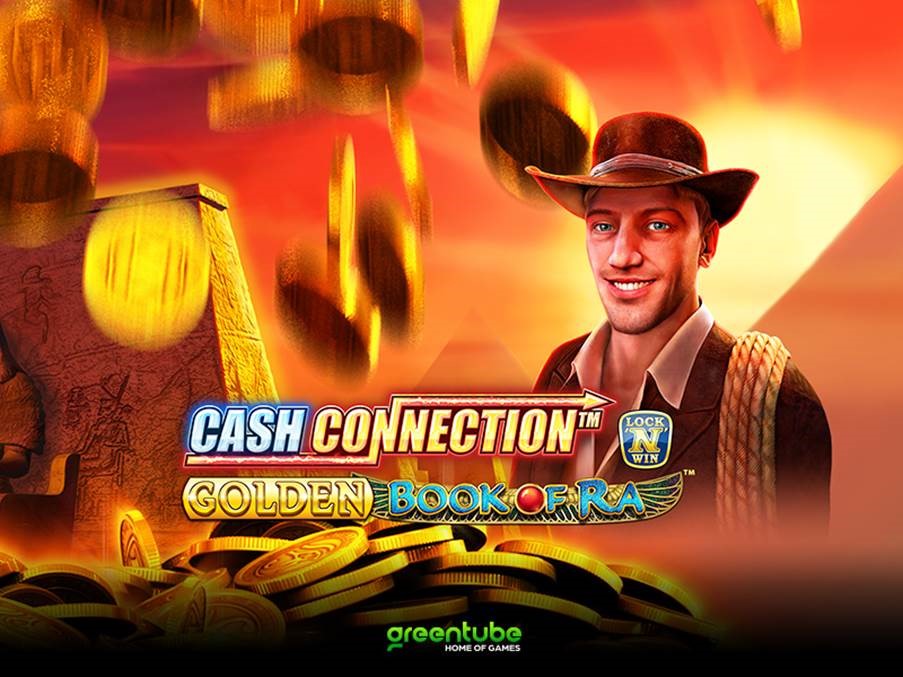 Greentube, the Novomatic Digital Gaming and Entertainment division, has added a new dimension to one of the world’s most iconic slot franchises in Cash Connection – Golden Book of Ra.

This epic 5-reel, 10 payline Egyptian-themed slot combines the popular Cash Connection series with the legendary Book of Ra franchise to create what is undoubtedly one of the hottest high-volatility releases this year.

Brave adventurers are tasked with registering wins by way of a lucrative lock and spin feature that boasts expanding symbols, free games and two progressive jackpots.

Whenever six or more coin symbols land on the reels during base gameplay, the lock and spin feature will be triggered. Players will receive three free spins in which they must land more coin symbols to reset the spin counter. Should three consecutive spins pass without a coin, the round will end.

At the end of the lock and spin round the total number of credits or free spins collected are added together to create the total feature win and potentially kick start a lucrative free games feature. Before the free games can begin, a special expanding symbol chosen at random will significantly boost players’ bankrolls.

Should a major symbol land during the lock and spin feature, a progressive jackpot will be awarded, while 15 symbols dropping and filling the entire game reels will see the grand jackpot pay out.

Markus Antl, head of sales and key account management at Greentube, said: “Book of Ra is arguably one of the world’s most iconic game titles and, as you can imagine, we are absolutely thrilled to boost the game franchise with another outstanding addition to our portfolio. We hope players enjoy this game as much as our talented team enjoyed developing it.”