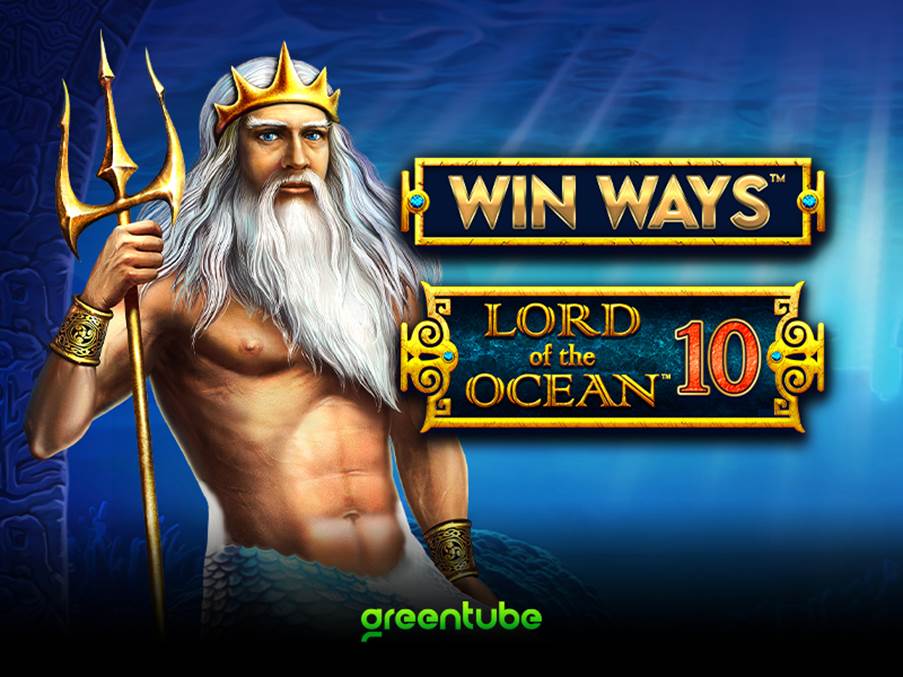 Revamped version of the popular title includes an additional set of reels along with the win ways mechanic.

Greentube, the Novomatic Digital Gaming and Entertainment division, is challenging players to uncover secrets of the deep in its latest release Lord of the Ocean 10: Win Ways.

The epic underwater adventure has taken the popular Lord of the Ocean title and doubled the fun by adding an additional set of reels along with the exciting 10 series win ways mechanic, providing new depth in terms of ways to win by removing symbols to allow more to fall into place.

Transferring wilds add to the voyage of discovery, with any wilds that land on the left set transferred across to the corresponding reel on the right set. Free spins can be claimed by landing three scatter symbols which appear on reels one, three and five on both sets of reels. Three scatters award eight free spins, four grant the player 12, and five or more scatters result in 20 free spins.

During free spins, any wild symbols landing on the left set are transferred across to the right, while the free spins round also features a special expanding symbol. Selected at random before the start of the feature, the stacked symbols also transfer across the reels for additional chances of landing substantial underwater treasures.

There is also a buy bonus feature that takes players straight into the free spins round, in those jurisdictions where it is permitted.

Discussing the new release, Steve Cross, director of games development and operations at Greentube, said: “The original Lord of the Ocean still proves to be a huge hit with players and it’s great to be able to refresh and breathe new life into a much-loved title.

“The addition of the 10 series win ways mechanic presents new possibilities and adds to the on-screen action. It’s a game we believe will resonate with both existing and new fans of the underwater hit and we very much look forward to seeing how it performs in markets worldwide.”