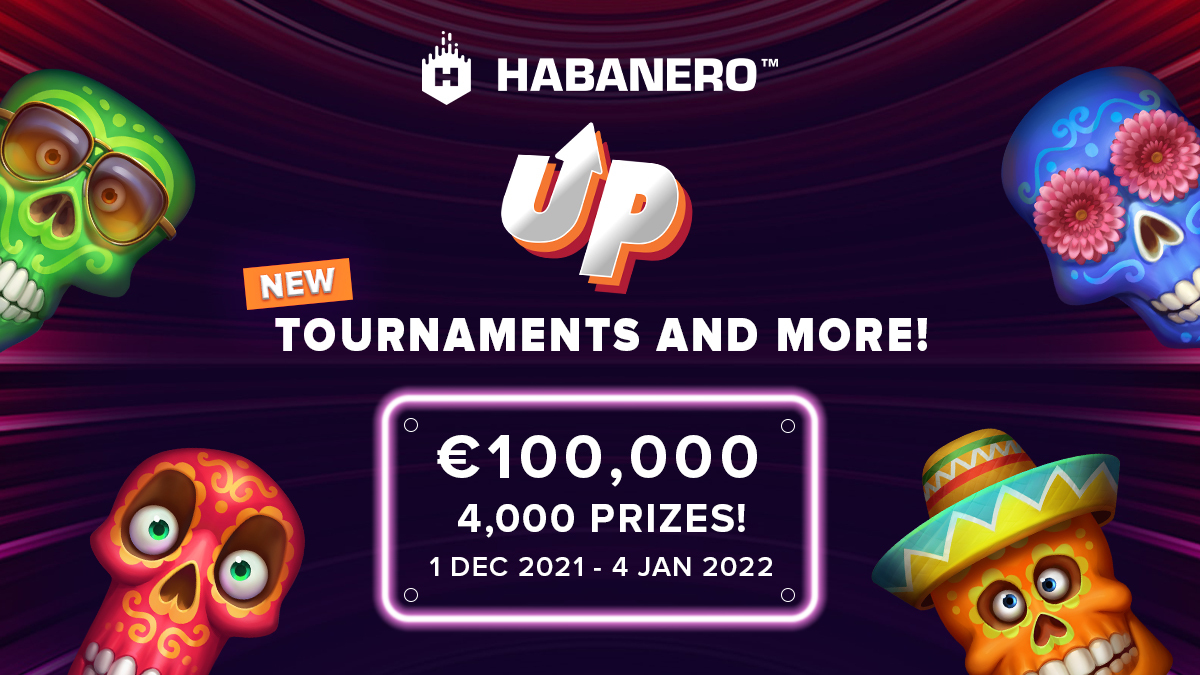 Premium slots and table games provider Habanero is celebrating the launch of its new tournament tool with a Network Slot Tournament and Prize Drop campaign.

The industry-leading supplier’s new gamification-focused launch is called UP! Developed following extensive R&D, it is set to revolutionise the company’s product offering, with UP! already processing over one billion entries within the first two weeks of its tournament release in October.

In addition to the tournament function, the launch comes with an added user-interface update, which offers significant improvements to usability and customisability, as well as a new left-hand mode, reflecting Habanero’s dedicated mobile-first approach. The enhancement is also massively scalable via Microsoft Azure, allowing partners to scale and grow tournaments as much as they like.

Players wishing to experience these fantastic improvements can do so by participating in the tournament which runs from 1 December to 4 January, where they battle it out for a prize pool worth an outstanding €100,000, which will be shared with 4,000 winners across ten tournaments.

€10,000 will be allocated to each tournament, half of which will include a turnover criteria, while the rest of the portion will be allocated to an exciting Prize Drop. Both will run simultaneously meaning players can enjoy multiple prizes by scoring high on UP!’s leaderboard.

Eager bettors will be pleased to know that prize types include cash for all types of events, bet multipliers for Prize Drops and single highest events, free spins and custom prizes which operators are free to run in which way they like.

Commenting on the launch, Toni Karapetrov, head of corporate communications at Habanero said: “We’re delighted to launch the network-wide tournament, which displays the variety of improvements we’ve made to our product offering, and believe it has the keys to offer some real engagement over this winter.”

“We can’t wait for our players and partners to see the fruits of our labour and enjoy the exciting technological advancements that reinforce our title as a tier-one games supplier – as well as the fantastic prizes on offer.”

While being able to work within Habanero’s entire portfolio, the tournament will also include the supplier’s exciting recent release, Fly! a thrilling fantasy-themed title which offers huge prizes, super bonus features and a captivating design.

With an impressive commercial performance in 2020, Habanero has continued to enhance its leading position throughout 2021, as the company expanded across Europe and LatAm, with tier-one operator deals spanning the likes of 888casino, Codere, Betway and LeoVegas.