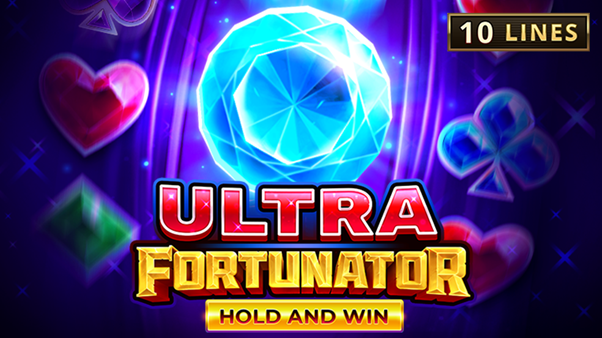 Playson, the fast-growing digital entertainment supplier, has increased its collection of gemstone-themed titles with the release of Ultra Fortunator: Hold and Win.

The 5×3 slot is filled with beautiful gem and golden symbols, delivering striking visuals that give slots fans a captivating and immersive playing experience.

Players must collect three Bonus symbols on the central reel to trigger the supplier’s well-liked bonus game powered by Hold and Win mechanics. Once the mode is launched, players win three spins and each new Bonus symbol resets the number of respins to three.

The three Bonus symbols that launched the mode stick to the central reel and pay out every time a new symbol lands, giving players a more rewarding bonus game and guaranteeing an increase in player enjoyment.

To further enhance the gameplay, the mode also features Mystery symbols which remain until there are no respins left and transform into Jackpot symbols: Mini, Minor, Major or Grand – with a mouth-watering x1000 multiplier up for grabs.

About the release, Nikolay Illiustrov, Playson head of games, said: “We’re delighted to announce the release of Ultra Fortunator: Hold and Win, a fantastic new game that will certainly please players.

“We’re always looking for ways in which we can improve our product offering and provide more entertainment to players, with the new central-reel feature giving fans a terrific prospect.”