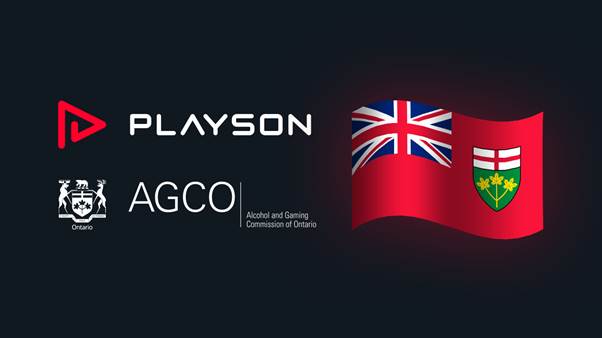 Playson, the fast-growing digital entertainment supplier, has increased its international reach after being awarded with an online gaming licence by the Alcohol and Gaming Commission of Ontario (AGCO).

After successfully meeting the AGCO’s regulatory standards, Playson can now operate in Ontario and offer its popular product portfolio to licensed operators across Canada’s second-largest province.

Slots fans in Ontario will soon have the chance to play Playson’s exciting online titles such as Buffalo Power: Hold and Win, Legend of Cleopatra Megaways and Royal Coins: Hold and Win, with the supplier set to increase its initial offering with a consistent flow of new releases.

The market entry also allows operators to integrate Playson’s renowned promotional offering, including its captivating network tournaments and the impressive Cash Blast tool that delivers random cash prizes, all of which are designed to elevate the gaming experience and improve customer acquisition and retention.

Expanding its global position, Playson now operates in more than 20 regulated markets, demonstrating the company’s strength as a supplier and the worldwide appeal of its titles which have garnered the interest of players across Africa, Europe and Latin America.

Tamas Kusztos, chief commercial officer at Playson said: “We’re thrilled to have entered the igaming market in Ontario, allowing us to meet our elevated growth plans and expand outside of Europe.

“Playson’s experience of working across a multitude of regulated markets worldwide proved pivotal in navigating our way through this lengthy application process. With a solid company foundation and team full of passionate individuals, we have the ability to enter newly regulated jurisdictions across the globe.”

Andrei Andronic, general counsel of Playson added: “The licence was granted after several months of persistent efforts, so it’s a great feeling to have finally obtained this milestone licence.

“One which represents a significant step forward for the company, as Playson embarks on a new journey and enters the burgeoning North American market, we can’t wait to get started.”