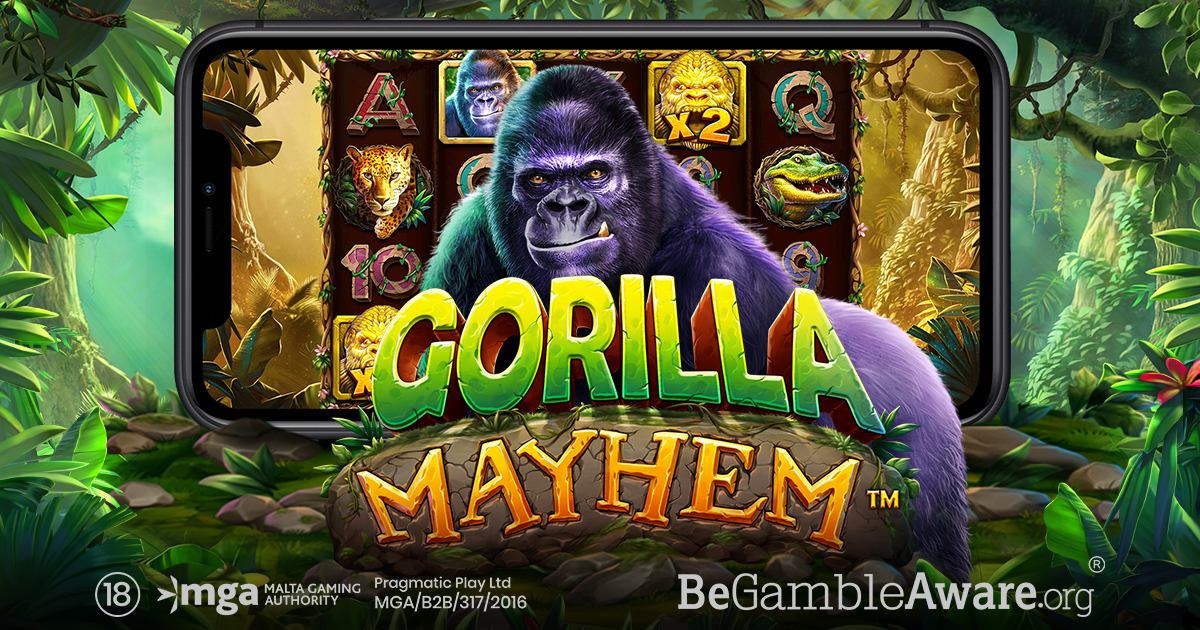 Leading content provider ventures into the deep, dark jungle in search of the mighty silverback and big wins in exotic new adventure.

The base game features a collection of the rainforest’s most diverse and colourful inhabitants, including a leopard, crocodile, hippo, macaw and snake, along with the majestic ape himself, which players have to align to start collecting cash.

The wild symbol has never been more at home and substitutes all symbols except for the scatter, while golden gorillas can appear randomly in the base game with values worth up to 3x and substitute the standard gorilla on reels when they land.

Hitting three or more of the scatter crystals sees the jungle mayhem really begin as they allow entry onto the free spins round, with three, four or five scatters awarding 10, 15 or 20 spins respectively.

Progressive wins are initiated with all varieties of gorilla symbols landing in view collected. The level increases with every 40 gorilla heads the player reaches with random multipliers and scatters adding to the high-volatile fun that can culminate in a huge 5,000x maximum win.

Yossi Barzely, chief business development officer at Pragmatic Play, said: “Our animal and jungle-themed games always resonate with players, and we expect Gorilla Mayhem to unleash its powerful gameplay in a similar fashion.

“The animations, features and overall feel is yet another example of the attention to detail that our development team pays to each game, resulting in another fantastic title.”

Pragmatic Play currently produces up to seven slot titles a month, while also delivering live casino, virtual sports and bingo games as part of its multi-product portfolio, available through one single API.