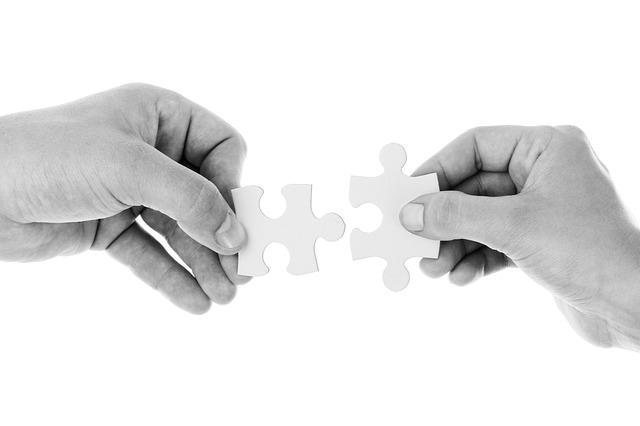 Double Up Media looks at the evolution of partnerships within igaming and the importance of physical conferences in forging these.

888’s recent record £9.4m penalty for social responsibility and AML failings, accompanied by a Gambling Commission warning that any repeat would force it to ‘seriously consider’ the operator’s suitability to hold a GB licence, yet again raises the volatile nature of acquisitions. With their success – or failure – often predicated on the finest of margins in critical areas of the business, the repercussions of headwinds such as this for the forthcoming combination with William Hill should not be underestimated.

But weighing the risks of a transaction against its transformative potential before deciding to push ahead is all part of the process, and underlines how powerful two businesses joining forces to reach a mutual goal can be in this sector.

Here we take a look at the importance and benefits of partnering up within igaming, how it’s influencing the sector, and how you can leverage the power of collaboration to achieve your own partnership goals.

In an innately international industry, igaming partnerships are often a global meeting of creative and business minds. Most recently, Gaming1’s alliance with Gran Casino to wrestle the giant octopus of the Dutch igaming market is an indicator of an increasing trend whereby igaming businesses join hands to achieve a common goal.

Partnerships aren’t simply a case of safety in numbers, but rather an example of how cooperation between businesses can lead to more innovative results.

With many of the best provider game concepts coming from the low-budget arena, Yggdrasil’s Game Server (YGS) Masters program is opening doors (if your name’s on the list) for smaller developers to access Yggdrasil’s Boost™ technology to develop in-game promotional tools.

CEO of Yggdrasil, Fredrik Elmqvist, had this to say: “YGS Masters is a strategic initiative in reaction to gaming’s increasingly fragmented value chain. With direct integrations scarce, independent suppliers require the support of an established partner with forward-leaning technology.

“Operators and game studios alike have been crying out for years for a modern, open platform that offers the power and flexibility of BOOST™ and the broad market penetration that Yggdrasil has amassed.”

Corporate coalition is proliferating throughout the trade and can be seen across various igaming sectors. From IGT signing a six-year deal with Singapore Pools to Greentube’s debut in Buenos Aires with Betsson, companies joining forces is an indicator that business models are shifting fast in an already white-knuckle ride of an industry.

In January, Push Gaming and Scientific Games announced a strategic partnership that would open the doors for new markets.

Head of Sales at Push Gaming Fiona Hickey said, “2021 has been a fantastic year for us and has seen us grow our presence with leading tier-one operators in our core regulated markets. This partnership with SG allows us to reach additional partners that will see us continue our growth as a top supplier in these key regions.”

2021 was a dream year for Push Gaming, picking up accolades for Game of the Year at a string of industry award ceremonies.

Affiliates, original kingpins of relationship building between both customers and operators, are also getting involved. Deity-themed Slot Gods has fostered thriving relationships with developers. Slot Gods has cosied up to pretty much every relevant game studio, gaining early-bird access to developer roadmaps and press releases.

Ross Timmins, business development and project manager at Slot Gods had this to say: “In just under six months, we have partnered up with 10 brilliant slot developers and it’s incredible that Relax Gaming will be our tenth.”

“This is definitely a huge milestone for the team at Slot Gods and our audience will absolutely love what we have planned with Relax Gaming in the coming months.”

They’ve also been gaining access to exclusive content from Push Gaming in the form of exclusive interviews about upcoming games, which brings additional value to their users.

Igaming acquisitions are occurring at an increasing rate, but is this truly the answer to inorganic growth? While both alliances and acquisitions often have similar goals by facilitating reach expansion via access to new services, products, audiences, and regions, choosing which deal type is right for you can be intimidating.

Partnerships enable both parties to retain autonomy while gaining reciprocal advantages whether technical, relational, or financial. As the saying goes, two heads are better than one and never is this adage truer when viewed through a partnership lens. Through strategic alliances, businesses have better access to capital, greater borrowing capacity and flexibility – priceless when combined with the ever-shifting nature of iGaming.

Gaming companies have been experiencing successful partnerships for years. The influence of Sony and Microsoft’s 2019 alliance with respect to the development of cloud solutions in Azure was an indicator that big-name partnerships would soon bleed into igaming.

Here for the conference

Making connections is vital to initiating a functional partnership. As the world moves towards a fully remote or hybrid working model, there’s never been a better time to physically meet your potential partners.

Traditionally, conferences were awkward corporate events, with a fair amount of edgy feet shuffling and twiddling of Styrofoam cups. That, of course, has now changed.

Held between the 12th and 14th of April at ExCel, ICE London promises to be a full-to-the-brim resource of potential partnerships. Pitched as the ‘largest global gathering of gaming operators’, ICE 2022 is the ideal venue to engage with industry decision-makers, product experts, CEOs, and policy regulators.

Spanning three days, the 30,000+ guests will enjoy exposure to over 450 providers from 54+ countries. Events include the world regulatory briefing, a dedicated Esports arena featuring a Rocket League tournament with a £25,000 prize pool, and the three-hour Ampersand Assembly; a forum to chew over everything iGaming.

ICE VOX brings attendees a keynote speech from Scott Sibella, president of Resorts World Las Vegas. The range of masterclasses include topics as diverse as customer journey mapping, vertical integration and creating the next Starburst.

Coinciding with ICE and taking place over two full days, also at ExCel, the 13th to the 14th of April will see a meeting of affiliate minds, bringing together thought leaders and influencers as well as those new to the industry and keen to learn what it takes to become successful in an increasingly competitive and crowded market.

Arguably the most popular event in the industry, the iGB Affiliate London conference gives affiliates and operators the opportunity to form new relationships, strengthen existing relationships, and for everybody to learn from a variety of expert-level forums on subjects such as SEO for the World Cup, branding and design for social media, international digital marketing and localisation and mobile marketing in the US.

Once organic growth falters, it’s time to start seeking out other options to generate revenue and ensure business development. With an effective growth partnership in place, you bridge the gap between expertise and knowledge.

As touched upon, the uptick in acquisitions is bringing operators closer to the event horizon of a handful of fat cat operators with the biggest wallets buying up every viable igaming brand. Not only does this stifle creativity and innovation, it’s also problematic from an employee perspective. This further underlines the importance of forming partnerships that thrive in a competitive market.

Now restrictions have been lifted, there’s no better time to get away from your desk and start making meaningful connections in person.

Image by PublicDomainPictures from Pixabay