Using advance figures from the forthcoming second All-Index, Joanne Christie looks at how the lack of hard facts about LGBTQ representation in gaming companies could pose problems for operators 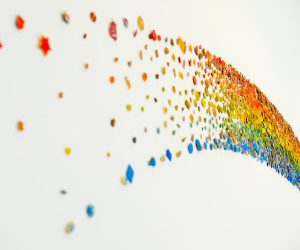 Using advance figures from the forthcoming second All-Index, Joanne Christie looks at how the lack of hard facts about LGBTQ representation in gaming companies could pose problems for operators.

When the All-in Diversity Project launched, one of its main goals was to collect data via the annual All-Index, a tool to help the industry measure and benchmark itself against other industries.

The findings of the inaugural report, published in November 2018, surprised many when the data revealed a relatively gender-balanced industry, at least at entry level.

But diversity isn’t just about gender and it’s trickier to rate the industry’s level of inclusivity in other areas as most companies simply aren’t collecting data on it.

It’s become increasingly important for companies in many of the countries in which gambling companies operate to measure how they rate in terms of LGBTQ inclusion.

But to get this kind of data, businesses typically have to ask employees about their status and from figures revealed to iGaming Business ahead of the imminent publication of the second All-Index, it’s clear that most gambling companies are not doing this.

Participation in the forthcoming All-Index has more than doubled from the 25 companies surveyed in the first year. However, of the companies surveyed, fewer than 15% are currently measuring the number of LGBTQ employees within their organisation.

Further, only 40% indicated they may do so in future, while 20% said it wasn’t legal to ask the question.

Christina Thakor-Rankin (pictured, left), co-founder of the All-in Diversity Project, comments: “We’ve actively asked for info on other characteristics and traits and discovered that whilst many are supporting initiatives and the like, very few actually record what is essentially personal rather than professional data.”

Asked why there is a dearth of data on these characteristics, Thakor-Rankin says: “The simple answer is that no one has ever really asked them to measure it before. It’s a bit like when the UK introduced gender pay reporting a few years ago, the first challenge was measuring the number of men versus women.”

An international industry
The global nature of the industry may also be a factor, she says. “In some parts of the world being LGBTQ is illegal and this is one of the challenges of a global industry.

“One of the things that we were surprised by just in our year one index was that the industry has a footprint in the Middle East, Africa and China, so you’ve got some companies that have a footprint in territories where religion or social custom does not recognise LGBTQ or makes it a taboo topic. Obviously companies won’t collect data on something that isn’t legal.”

But even in countries such as the UK, where it’s both legal and by and large socially acceptable, employers face risks in asking their employees for such information, says Kate Brooks, partner and head of the employment and HR department at law firm Ellis Jones.

“They can ask, but sexual orientation is a protected characteristic under the Equality Act, which houses all of our discrimination legislation, therefore if you were to ask about it, you’d feel probably exposed because at what point would you be asking for it?

“It is a bit like health information or any information that relates to a protected characteristic – sometimes companies will take the view that actually they would rather not collect it because I think right from the outset an employee could argue that a decision has been made because of that data,” she explains.

Clare Taylor, HR director at SIS, one of the most recent founding members of the All-In Diversity Project, says this is one of the reasons the company hasn’t yet collected any data on the sexual orientation of the company’s 250-260 global staff.

“You come up against a general reluctance from employees to engage when it is anything to do with HR,” she says. “When you start asking questions about characteristics that might be protected, we give them the option of saying ‘rather not say’ and the challenge is when you get responses that fall into the ‘rather not say’ category it’s hard to get more granular and get more clarity on the data.”

One way to avoid any issues is simply to collect the data anonymously, says Brooks. While it’s perfectly legal to ask employees about their sexual orientation not only in the UK, but also in the US and most parts of Europe, she says the least risky way for firms to do so is in a way that doesn’t identify individuals.

“It’s the safest way for a company and also for the individual; they are going to be more willing to share that data anonymously.

“If you are asking it to make sure you’re diverse, then that should be no problem because you don’t really care about the individuals – you care about the figures, the stats.”

Bright spots
The good news for the gaming industry is that while it may be behind in terms of collecting data on LGBTQ staff, it isn’t necessarily lagging when it comes to supporting them.

The All-Index found that 36% of organisations were providing additional training, development and support for LGBTQ employees, four respondents had partnered with LGBTQ organisations such as charity Stonewall and two were active supporters or sponsors of Pride.

“It seems that LGBTQ employees and initiatives are actively supported by a number of reporting organisations even though they may not be recording the number of employees. This could be a reflection of the times and the fact that as a movement this is easier to get behind than others,” says Thakor-Rankin.

One company that is actively supporting LGBTQ employees is IGT. Although it doesn’t currently collect data on employees’ sexual orientation, last year it established the Pride with IGT Diversity and Inclusion Group (DIG), aimed at creating a welcoming environment for lesbian, gay, bisexual, transgender and queer employees.

As part of the initiative, the company encouraged all employees to share their pronouns in their email signatures.

This small change made a huge difference to some who had not previously been public about their status. Megan Schlegel (pictured, right), senior manager in art and audio design in Reno, says: “This increase in awareness among colleagues has been truly game-changing, allowing me to ‘come out’ as genderqueer for the second time in my life.

“I shared with my coworkers that in spite of my female physical body and voice, my gender identity is male. While many of my professional relationships at IGT span 20 years, 2019 was the first time I felt comfortable, supported and understood enough to share my true identity.”

Creating a positive culture
IGT has also introduced forums to provide support to those working in countries where it is illegal or unsafe to express homosexuality. In addition, it holds LGBTQ events in a number of its worldwide locations.

Marco DiMaggio, who works in reporting and process monitoring and is the local leader of Pride with IGT in Rome, says the latter have been well-received by all staff. “I know for certain that the event organised in Italy for the 25th anniversary of Rome Pride generated a lot of positive feedback within the company, and we look forward to doing much more.”

DiMaggio has always been open about his sexual orientation but adds: “Learning that my company is supportive of people of all sexual orientations was a wonderful surprise, and is a real step towards creating a cohesive and positive company culture.”

Future plans at IGT include inclusive office renovations, with the introduction of all-gender restrooms to many of its North American sites planned for this year.

“Pride’s active involvement in community outreach programmes and events, development of education initiatives, and review of company policies to facilitate equity and inclusion for LGBTQ employees have proven that our group is far more than a social club.”

Steele adds that there is a clear business case for being more inclusive. “By creating a more open and inclusive environment where LGBTQ employees can be themselves, we’re fostering greater job commitment, higher career satisfaction and increased productivity.”

The challenge of course is that it’s difficult to monitor exactly how inclusive an environment you are creating with no data on employees’ sexual orientation. IGT, for its part, says it plans to work with its employee groups to look at options to expand the data it collects.

If other companies follow suit, in future it may be much easier to assess how diverse the industry truly is.